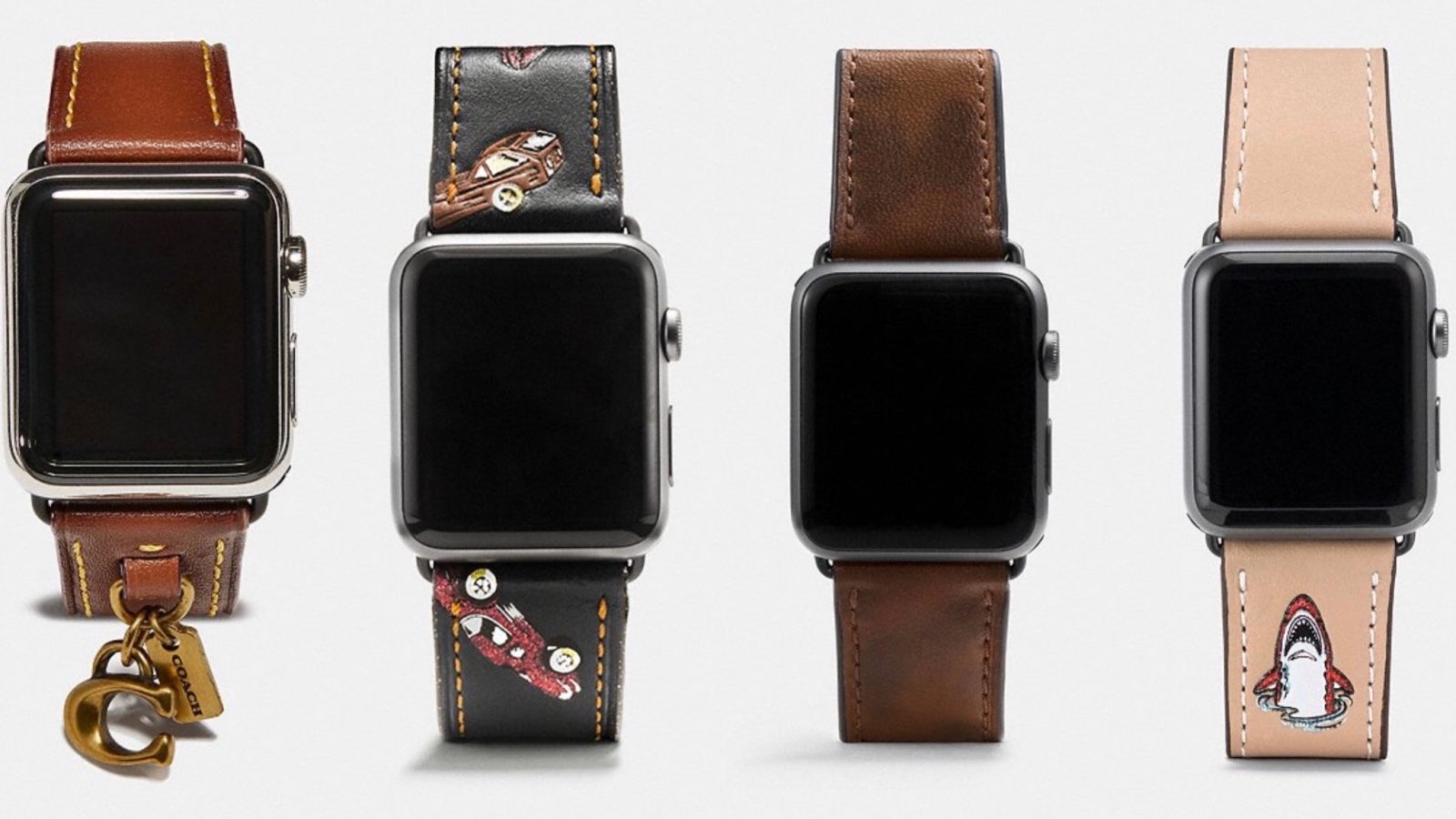 Coach has released a new khaki colored variant for one of its Apple Watch bands. Meanwhile, discounts up to 50% off previously released Apple Watch straps from the fashion designer are still live.

As discovered by Haute Écriture, Coach has launched one more new Apple Watch band this summer. The latest is the Apple Watch Strap with Charms in khaki. Priced at $150, this band is available for the 38mm Apple Watch and looks to be a darker brown than the Saddle variant.

The new band is the first from Coach to offer gold charms instead of the silver ones found on the chalk colored strap currently going for 50%.