HomeKit Weekly: Nanoleaf Remote is the most capable (and colorful) controller 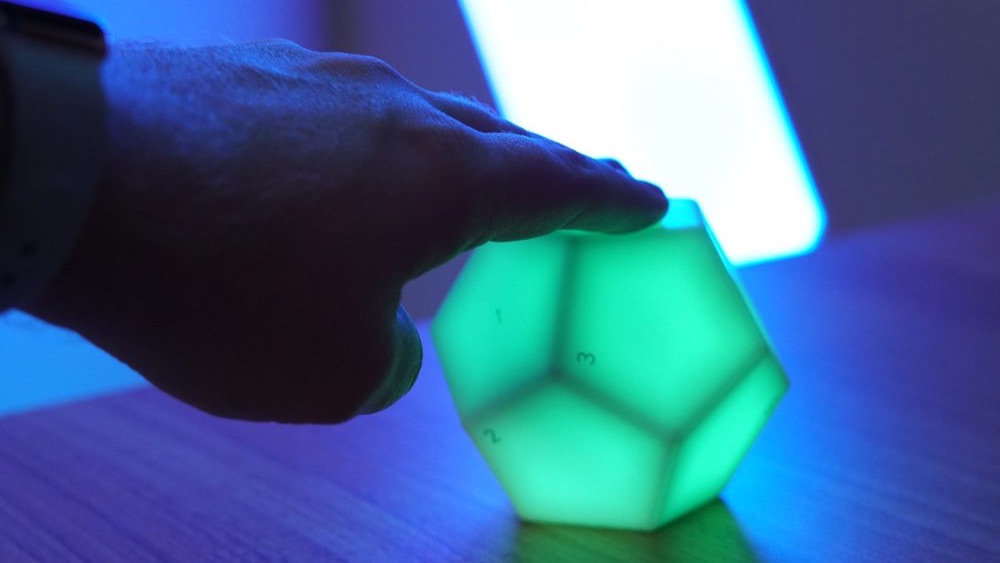 This week HomeKit Weekly returns to check out the latest smart home accessory from Nanoleaf, the makers of the awesome color-shifting Light Panels (reviewed). Nanoleaf Remote (reviewed) is a 12-sided controller that lets you assign up to a dozen light panel effects with a gesture.

Nanoleaf Remote ($49.95) stands out for two reasons. Like the light panels, the remote is a clean white object that lights up with color upon interaction. For HomeKit enthusiasts, Nanoleaf Remote is also the most capable standalone HomeKit controller on the market.

If you have Nanoleaf Light Panels, the Nanoleaf Remote (available at Apple Stores) is a fun way to rotate between color effects without using an app or knowing which voice commands to give Siri. Once it’s setup, you just spin or rotate the controller and watch it light up as the assigned scenes are activated.

Nanoleaf Remote is also a HomeKit controller like the similarly priced Eve Button, Logitech Pop, and Fibaro’s The Button — only Nanoleaf Remote has the ability to save up to 12 scenes or individual actions instead of the standard 3-4. Any HomeKit scene or pre-set accessory state can be assigned to a specific numbered side of Nanoleaf Remote even if the scene or state doesn’t include Nanoleaf Light Panels. 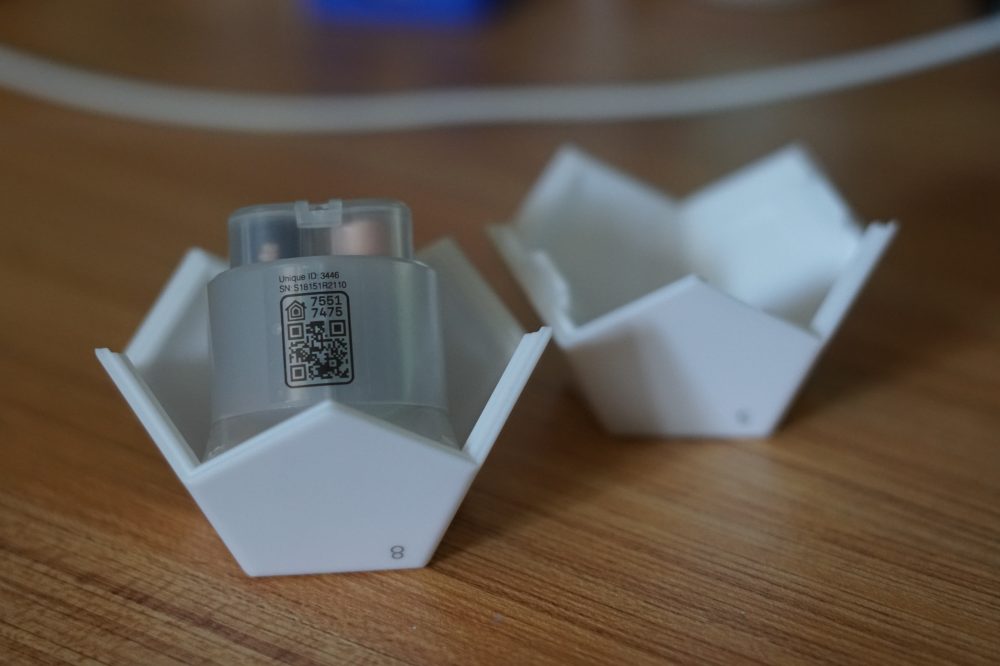 Setup is a little more involved, but the payoff is a quirky yet highly capable HomeKit controller. The color-changing LED equipped orb runs on AA batteries (included) and communicates over Bluetooth. A HomeKit setup code can be found within the orb which pulls apart to reveal the battery compartment. Simply scan the code within the Home app, assign Nanoleaf Remote to a room, then select up to 12 HomeKit scenes in the available slots.

Nanoleaf Remote is activated by detecting motion. You can nudge it to wake it up, then the top facing number is activated. Motion also makes the orb respond with color and haptic feedback.

If you have Nanoleaf Rhythm, Nanoleaf Remote can also be used to adjust brightness up and down by rotating it left and right. The whole experience really just feels like magic.

For use with Nanoleaf Light Panels specifically, you can add pre-configured lighting effects from Nanoleaf’s app to your favorites which imports them as HomeKit scenes in the Home app. A few of my favorites include: Pulse Pop Beats, Sound Bar, and Northern Lights.

You can override that programming and manually assign other HomeKit scenes to available slots like my Gym Time scene that lowers my lights and powers up my treadmill fan or my Lamps On scene that turns on just the lamps throughout the house.

With a dozen slots available, you can get really creative with assigning actions that fit your routine.

There are trade-offs that come with that capability: Nanoleaf Remote can’t be tucked out of sight or mounted to a surface, programming a dozen scenes requires remembering what each one does if they aren’t just light panel effects, and scenes could be accidentally initiated if you aren’t careful (so consider its placement).

Catch up on the first eight entries below: