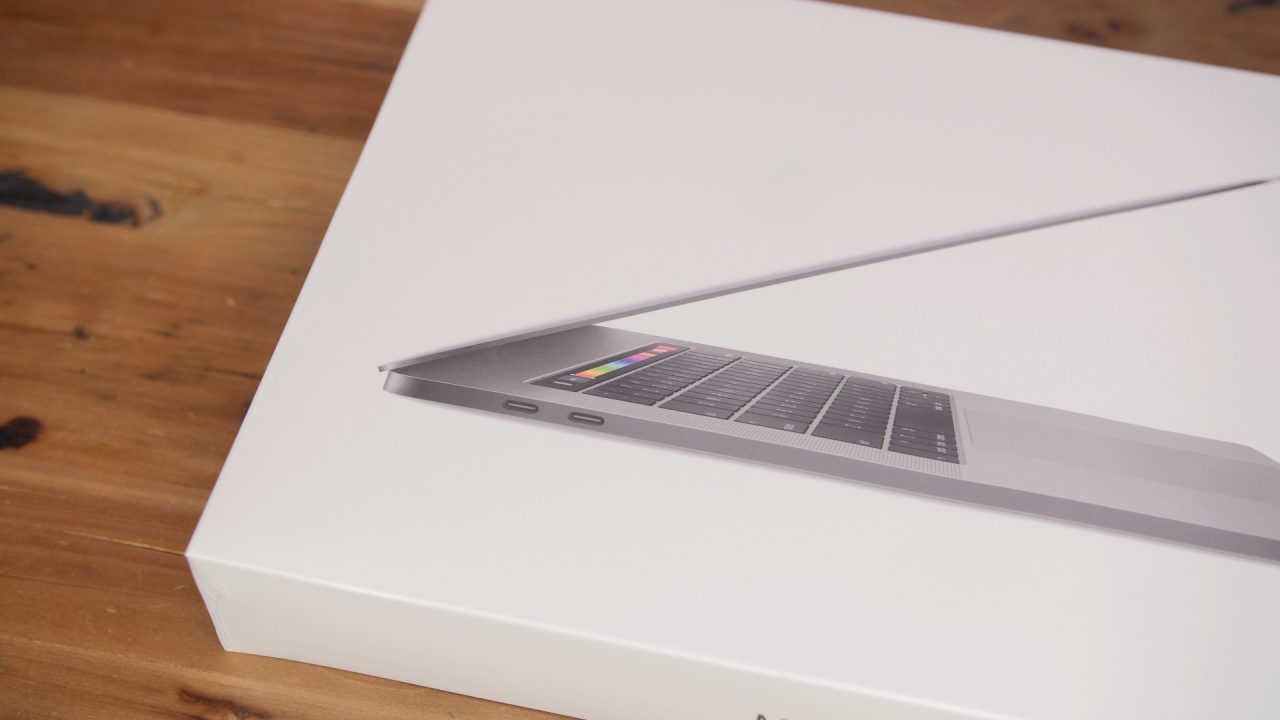 Apple’s 2018 MacBook Pro has been available for almost a month now and despite the fact that the update was announced via a press release, this year’s revision brings some notable changes. While everything looks the same on the surface, the 2018 MacBook Pro packs more power, an improved keyboard, and more.

Switching from a 12-inch MacBook

For the past year, I’ve been a loyal user of Apple’s 12-inch MacBook. While I was fond of its small and easily portable profile, I grew tired of the cramped 12-inch screen size and inferior processor and other internal specs.

Coming to the 13-inch MacBook Pro, I was worried the added weight and thickness would be jarring – but what I’ve actually found is that the added screen real estate and processing power are more than worth the additional heft.

The 13-inch MacBook Pro weighs in at 3.02 pounds, which compares to the 2.03 pounds of the 12-inch MacBook. While a 50 percent increase in weight may seem like a lot on paper, it really comes down to your needs. Personally, I’m at a point where I’d rather have additional power and screen real estate than a machine that is 1 pound lighter. 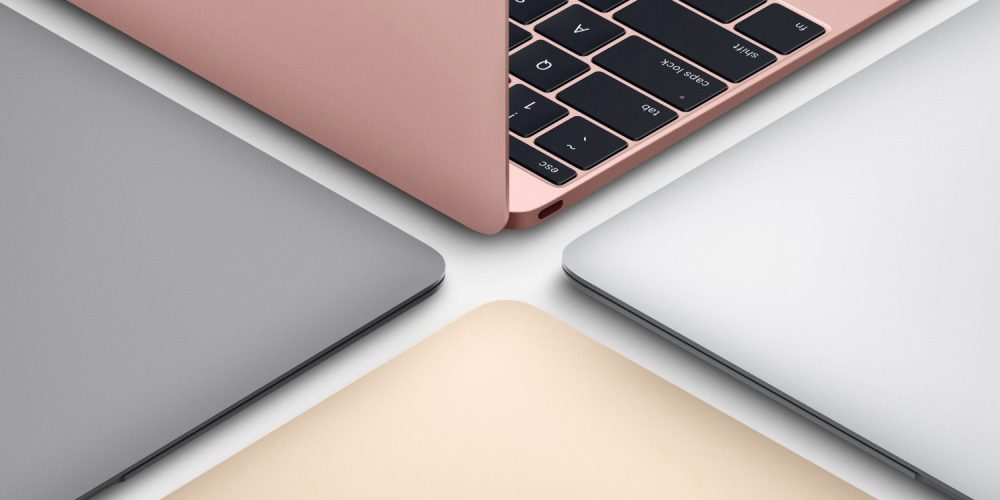 In fact, a few times over the last three weeks with the 13-inch 2018 MacBook Pro, I’ve wondered if I would like the 15-inch model even more. In general, however, I’ve been able to qualm this internal questioning by adjusting the resolution of the display. By default, the MacBook Pro 13-inch ships at a scaled resolution that appears like 1440×900. Personally, I’ve found it incredibly beneficial to change this setting to the next step up, which “looks like” 1680×1050, according to Apple.

Ultimately, what I’ve found is that for my needs, the 13-inch MacBook Pro is a perfect size. As a student, I get the portability I need, paired with enough screen real estate and horsepower underneath the hood for anything I’ll throw its way.

On the surface, the addition of True Tone technology doesn’t necessarily sound like a big change. Much like on the iPhone and iPad, however, it’s hard to go back once you’ve experienced it.

True Tone is Apple’s display technology that automatically adjusts the color and intensity of your display (and Touch Bar) based on your surroundings. Apple touts that True Tone makes things “appear more natural,” with more of a yellow tint than the classic blue tint of most computer displays.

The True Tone technology in MacBook Pro (2018) uses advanced multichannel sensors to adjust the color and intensity of your display and Touch Bar to match the ambient light so that images appear more natural.

Just because I’m a fan of True Tone, however, doesn’t mean it’s for everyone. On a pro-grade machine, there are plenty of use cases where True Tone just doesn’t make sense – including photo and video editing, graphic design, and much more.

For me, True Tone support has been a long time coming for the Mac – but it’s nice that Apple makes it easy enough to disable in instances where it doesn’t make sense. 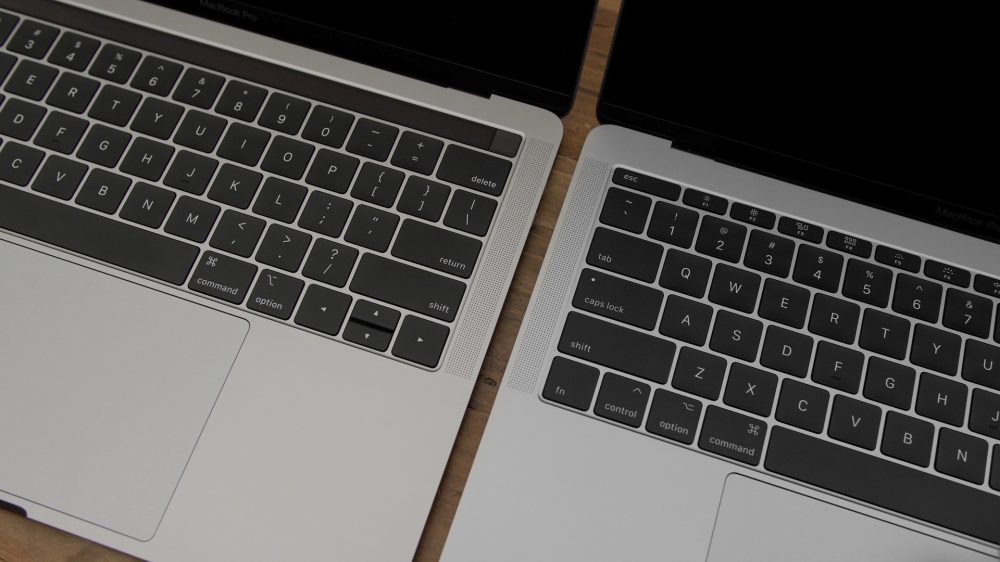 Ah, the controversial keyboard. I don’t really have a lot to say here as I’ve been a fan of the Butterfly keyboard. I was an early adopter of the 12-inch MacBook when it first launched in 2015, so I’ve become accustomed to it over the years.

The improvements Apple has made since 2015 are certainly notable. This time around, the company touted that the keyboard is “quieter,” while teardowns revealed that the new keyboard actually features an additional silicon membrane to prevent debris from getting under the keys.

In terms of quietness, there’s certainly a very subtle difference, but nothing worth writing home about. It’s still louder than the old MacBook Pro keyboards, but I personally don’t think that’s a huge issue. It is, however, hard to ignore that Apple likely isn’t touting the true improvements of this year’s keyboard design due to legal reasons and the multiple class action lawsuits it faces.

As someone who is a fan of the Butterfly keyboard, Apple has done nothing but make improvements since 2015. I’d personally wager that the keyboard is now to the same quality of the much-loved 2015 MacBook Pro. Not everyone will be a fan of it, but I no longer have any complaints.

In 2016, my colleague Ben Lovejoy wrote that he wondered if Apple had “invented a cool piece of tech and then tried to figure out what it’s for” when it added the Touch Bar to the MacBook Pro.

Two years later, I can’t help but wonder the same thing. I see no obvious issue with the Touch Bar, but no obvious benefit. Some things like adjusting the volume and brightness are a bit easier, as is iTunes audio control, but some features like autocorrect and word prediction are rather pointless.

One has to wonder what the future of the Touch Bar really is. So many pro users have expressed disdain for it, and many simply set the display to show traditional function keys. Apple hasn’t made any notable improvements to how its applications embrace the Touch Bar, either. Is it possible the next hardware redesign will ditch the Touch Bar altogether, or majorly revamp the concept? Only time will tell, but I personally would not be surprised. 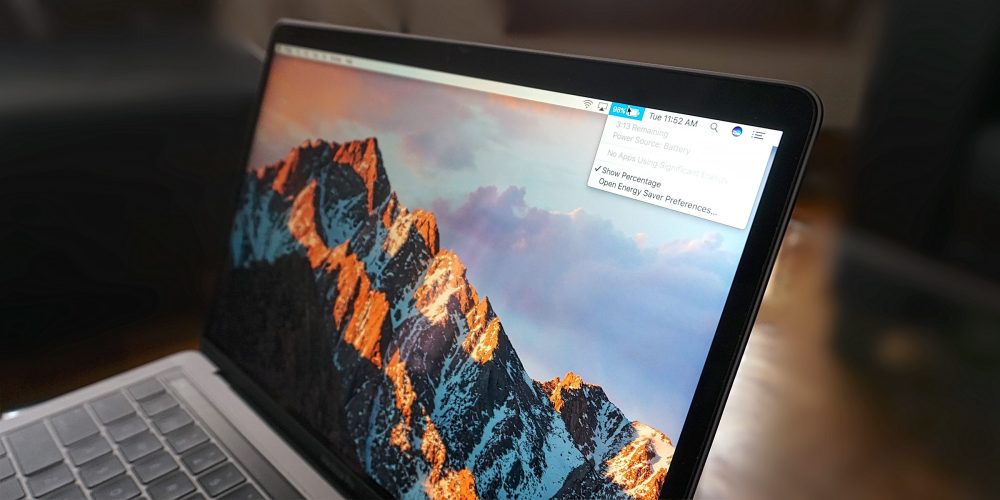 It’s time for Apple to double down on MacBook Pro battery life. As you’ll remember, when the new Touch Bar line of MacBook Pros launched in 2016, a flurry of users raised concerns about poor battery life. Apple’s response to these issues was to remove the “time remaining” estimate from the battery widget.

At the time, Apple said it conducted an internal investigation and concluded that there were no hardware flaws with the MacBook Pro. This year, Apple says it has actually increased the battery capacity of the MacBook Pro, but that additional battery power is eaten up by more power-hungry processors.

In my use – which consists of web browsing, writing, light photo editing, and audio consumption, I’m generally able to net just around or slightly under 5 hours of battery life with the 2018 13-inch MacBook Pro. This is a stark comparison to Apple’s “up to 10 hours” claim for the MacBook Pro.

Personally, I’m longing for the day when Apple doubles down on MacBook Pro battery life. With many Windows PCs nowadays easily netting 7-10 hours of battery life, what I’ve been experiencing with the 2018 MacBook Pro just doesn’t cut it anymore. While it’s possible my decision to bump the screen resolution is affecting battery life, my preliminary testing and research shows it doesn’t have a big effect, if any.

One little trick that I have discovered, via Marco Arment, is a utility called Turbo Boost Switcher Pro. What this app does is disable Turbo Boost in an effort to extend battery life. Personally, I have it set to automatically disable Turbo Boost when my MacBook Pro is running on battery power. In doing this, I’m generally able to push runtime closer to 6 hours rather than 5.

Of course, this is simply a band-aid for a bigger problem – which is that Apple either needs a bigger battery or improved power management for the MacBook Pro. Nevertheless, for my personal use, the loss of Turbo Boost is certainly worth the added battery life when on the go.

Is the base model the way to go?

Coming from a 12-inch MacBook, I decided that the base model 13-inch MacBook Pro would be more than enough power for me. And in many cases, that has turned out to be right.

My 2018 MacBook Pro features a 2.3GHz quad-core 8th generation Intel Core i5 processor with Turbo Boost up to 3.8GHz and Intel Iris Plus Graphics 655. Further, it’s packing 8GB of RAM and a 256GB SSD.

In my use, there haven’t been many things I’ve thrown at the MacBook Pro that it can’t handle. The only time I notice sluggishness is when I have a slew of Safari tabs and applications open. Thus, if I had upgraded any aspect of my base MacBook Pro, I wish it had been the RAM. Apple charges $200 to double the amount of RAM to 16GB – and if I had to tell people to upgrade one thing, RAM would be it.

Perhaps most notably, this year marks the first time that the 13-inch MacBook Pro features a quad-core processor. With the 2018 refresh, Apple doubled the 13-inch processors from two cores to four, while the 15-inch machine now packs 6 cores. 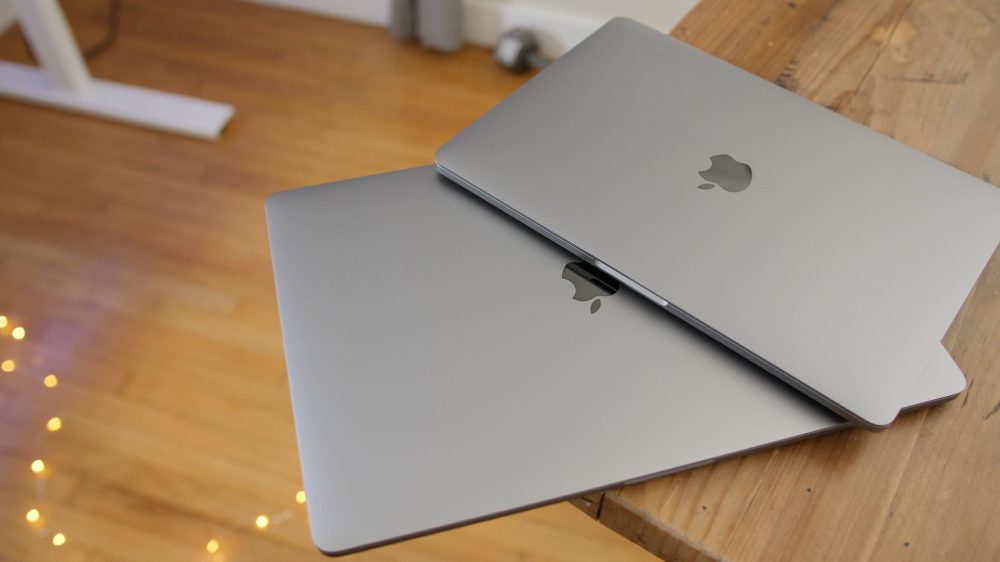 Apple’s definition of “Pro” has certainly evolved over the years. Since this body-style MacBook Pro was introduced in 2016, things have gone anything but smoothly. Many have balked at the Touch Bar, USB-C ports, keyboard, and more.

This year, despite not changing the body style, Apple has addressed perhaps the biggest keyboard concern, and packed more power under the hood than ever before. USB-C has evolved dramatically since 2016, and despite the dongle jokes that still write themselves, the transition has gone more smoothly than many had hoped.

Is the 2018 MacBook Pro perfect? Absolutely not. Like I said, I’m waiting eagerly for Apple to address lingering battery life concerns, while Touch Bar usability is also still lacking. Ultimately, however, this year marks several important steps forward for the MacBook Pro – and hopefully it’s a sign of things to come.