Tesla responds to ongoing poaching war with Apple: ‘We have 100 times less money than Apple’ 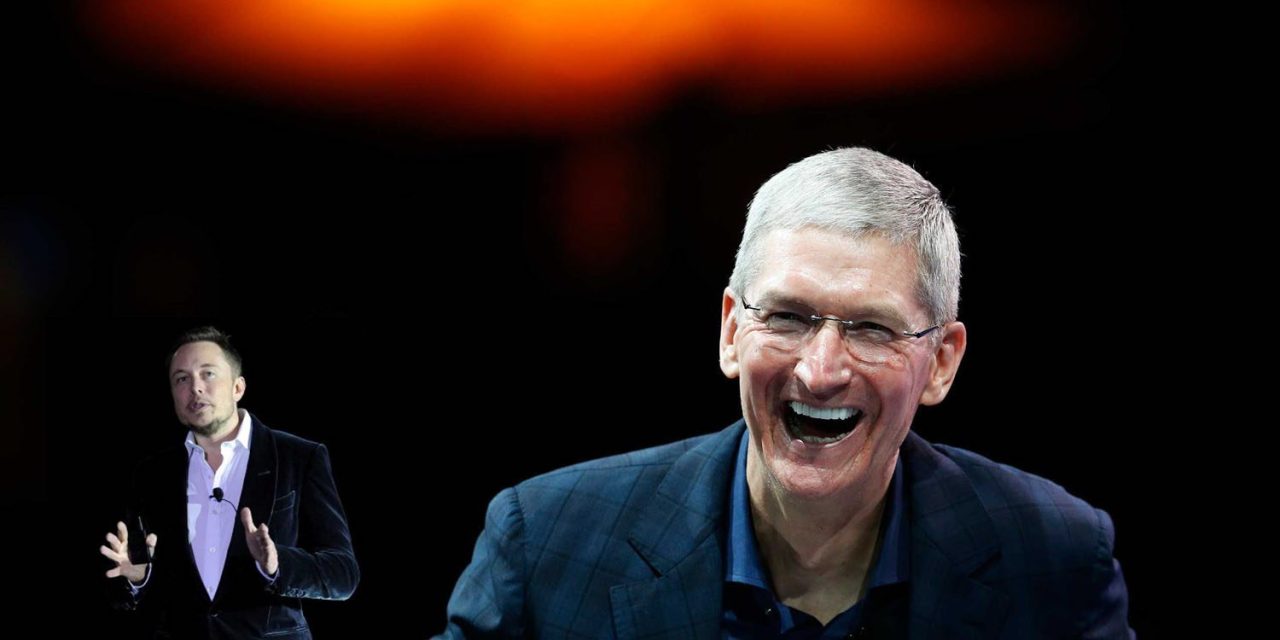 Following a report earlier this month indicating that Doug Field was back at Apple after a brief stint at Tesla, CNBC is out today with a broad look at the ongoing poaching war between Apple and Tesla. The report highlights that so far in 2018, some 46 Tesla employees have jumped ship to join Apple.

While not all as high-profile as Doug Field, the employees coming from Tesla to Apple range from engineers and supply chain managers to interns and those fired by Tesla. CNBC says that, based on LinkedIn data alone, Apple has hired 46 people who “worked at Tesla directly” before making the jump.

One important thing to note here is that not all of Apple’s hires from Tesla are going to its Project Titan car initiative. Many are also working on “display, optics, and battery-tech” for other Apple devices.

In 2018 so far, LinkedIn data shows Apple has hired at least 46 people who worked at Tesla directly before joining the consumer electronics juggernaut. Eight of these were engineering interns.

This year Apple has also hired former Tesla Autopilot, QA, Powertrain, mechanical design and firmware engineers, and several global supply chain managers. Some employees joined directly from Tesla, while others had been dismissed or laid off before joining Apple.

Citing current and former Tesla employees, CNBC says that many engineers at the company experienced a large drop in morale after learning that Field was leaving Tesla for Apple. Though, some also added prior to Field’s departure, “they saw more colleagues voluntarily leaving than they had in prior years at Tesla.”

Tesla disputes this notion, however, saying in a statement that voluntary attrition has decreased over the last year. Further, the automaker notes that when it has “100 times less money than Apple,” it can be hard to compete in terms of salary packages:

“We wish them well. Tesla is the hard path. We have 100 times less money than Apple, so of course they can afford to pay more. We are in extremely difficult battles against entrenched auto companies that make 100 times more cars than we did last year, so of course this is very hard work. We don’t even have money for advertising or endorsements or discounts, so must survive on the quality of our products alone. Nonetheless, we believe in our mission and that it is worth the sacrifice of time and the never ending barrage of negativity by those who wish us ill. So it goes. The world must move to sustainable energy and it must do so now.”

Building on that, one Tesla engineer told CNBC that Apple pays “about one-and-a-half times the salary for technicians, software and manufacturing engineers than Tesla does today.”

This so-called poaching war between Tesla and Apple is nothing new. Back in 2015, Elon Musk commented on the employee give and take between the two companies, saying Apple served as the “Tesla graveyard.”