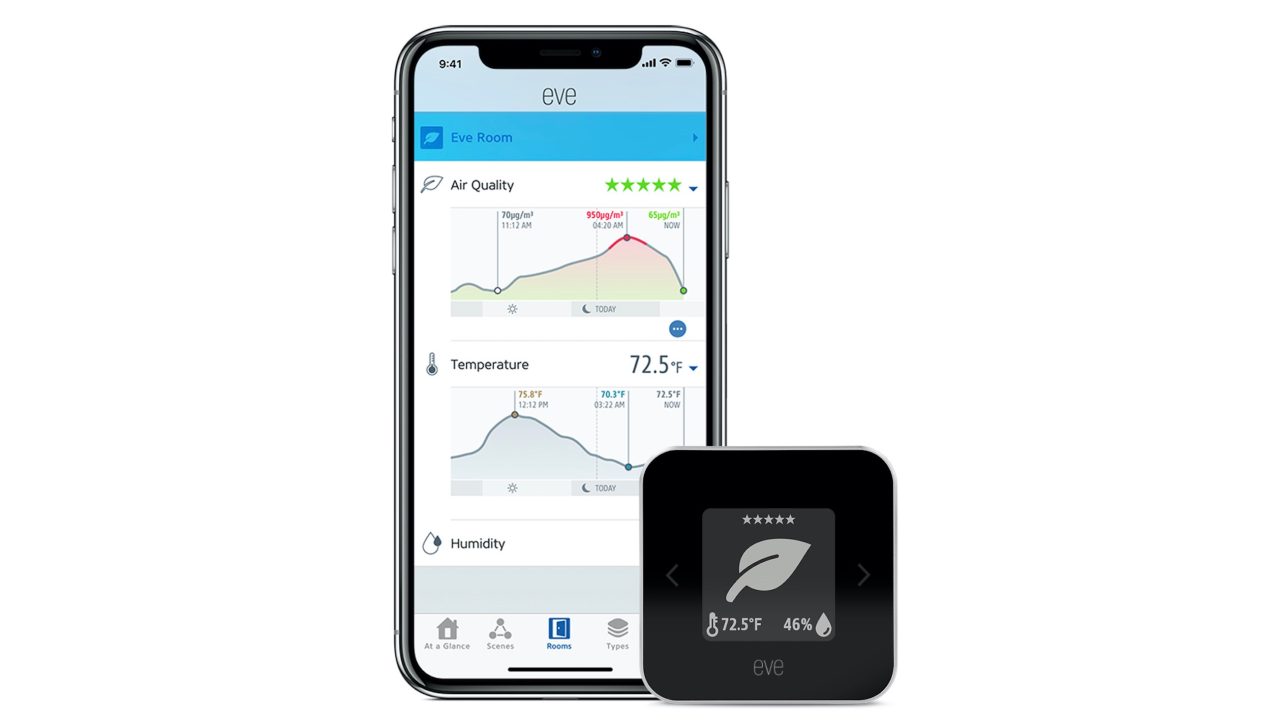 Elgato announced earlier this summer that it would rebrand as Eve and go all-in on HomeKit as it sold its gaming division to Corsair. Now HomeKit-focused Eve is out with its latest Siri-friendly smart home accessory: the second generation Eve Room air quality monitor. The new version is a significant upgrade over the original for a few reasons.

The original Eve Room sensor worked with HomeKit and measured temperature, humidity, and air quality — but it had a larger plastic design and ran on AA batteries. The second generation Eve Room has a much smaller design, includes a built-in rechargeable battery, and now features an e-ink display that shows you data on the device.

The new Eve Room looks a lot like the Eve Degree sensor which measures and displays temperature and humidity, but Eve Room also shows you air quality and doesn’t require the replaceable CR2450 coin battery. Eve Room’s built-in battery is rated for 6+ weeks of usage — a drop from the ~1 year rating for Eve Degree — but charging over micro-USB should ease the pain of replacing non-reusable batteries.

Eve Room also cleverly switches to a low power mode that only measures temperature and humidity when its battery is near depleted. Users can also permanently connect Eve Room to power for non-battery powered use. Eve describes measuring air quality as a power intensive process, which explains the power situation. 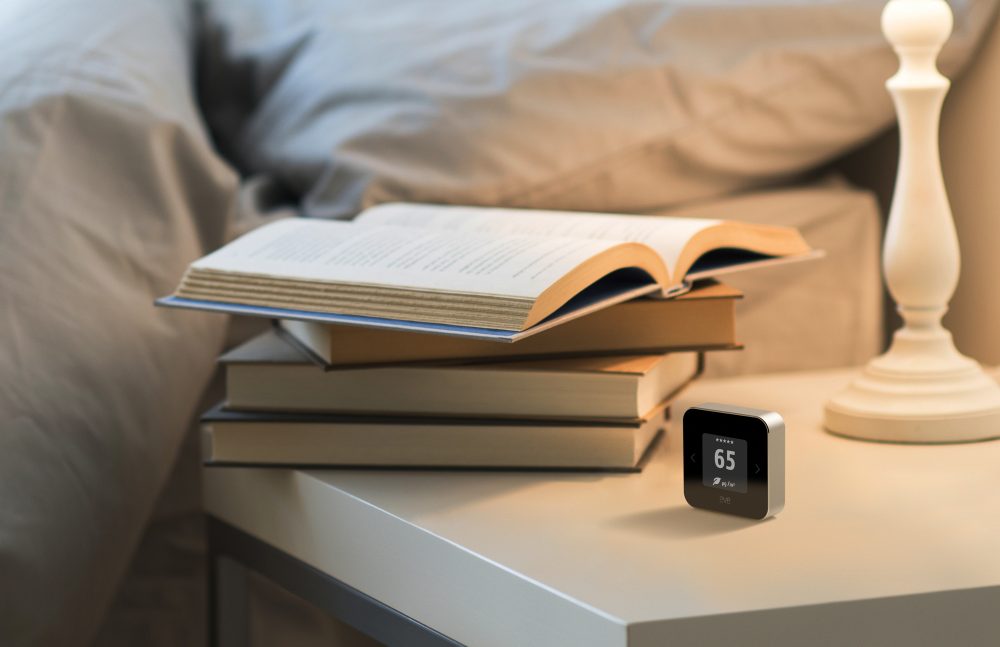 Eve Room data can be read on the sensor’s e-ink display, in the Home app or via Siri using HomeKit, or through Eve’s app which also shows historical data captured over time. As a HomeKit sensor, Eve Home can also be used to trigger scenes through automation and work remotely when used with an Apple TV, HomePod, or iPad.

The new Eve Room retails for $99.95 and ships starting September 12. Customers can pre-order starting today directly from Eve or through Amazon. Stay tuned for hands-on impressions in the future.