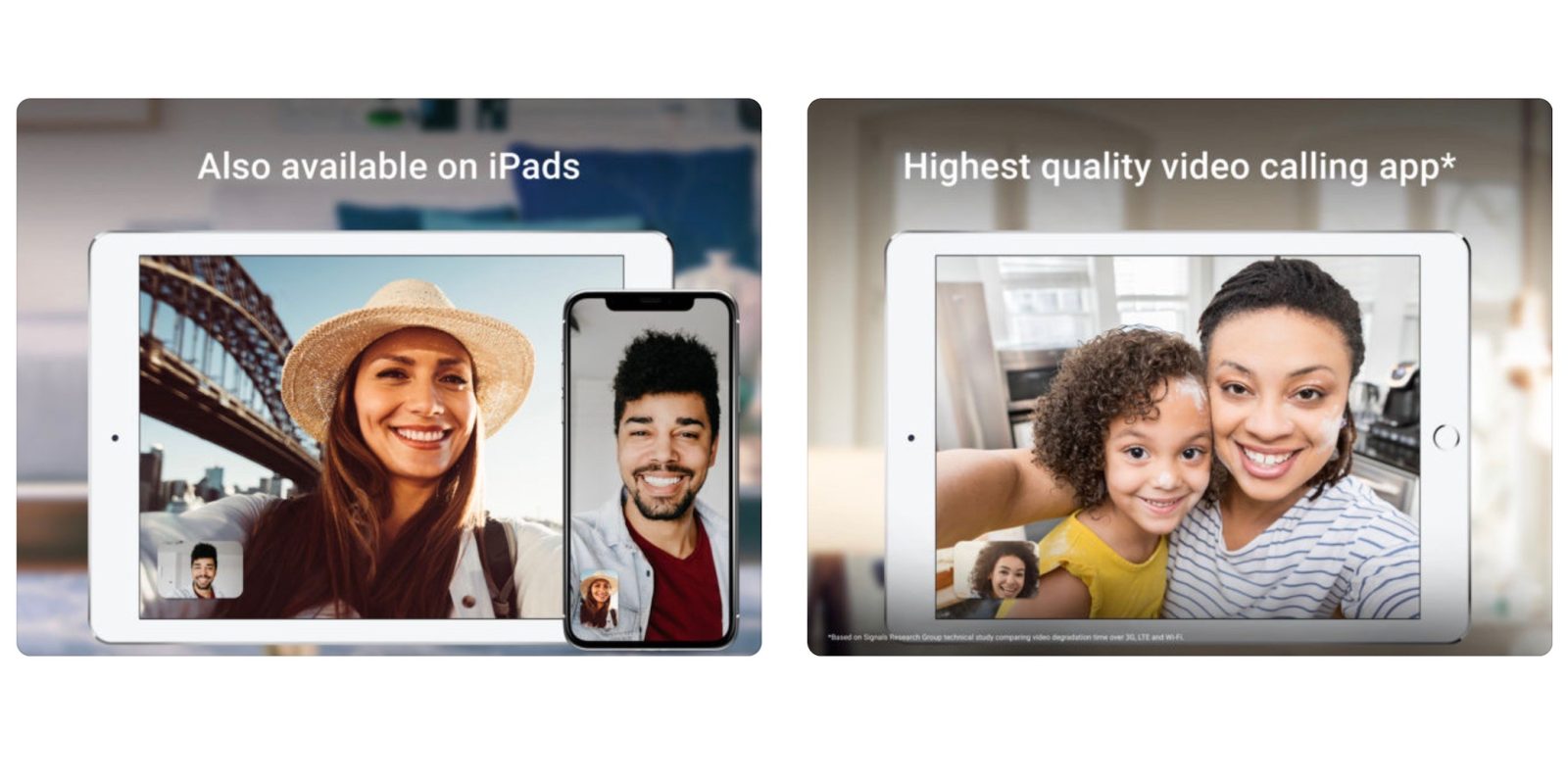 Google today has updated its Google Duo video calling application for iOS with support for the iPad. Previously, Duo users were forced to use the scaled up iPhone version of the application on iPad.

Optimization for the iPad comes as part of Google Duo version 39, and is the only change included in the update for iOS users. On the Android side of things, tablet support has been available for a while now, but today’s update brings some additional optimization.

Google Duo is Google’s direct competitor to FaceTime, and adding support for the iPad only further improves feature parity to Apple’s service. Google touts that Duo is the “highest quality video calling app” available, whether you’re on WiFi or a cellular connection.

Pick a contact and jump right in, with a simple interface that makes video calling as easy as one tap.

Duo works across both operating systems on smartphones and tablets, so you can call and hangout with friends and family using just one app.

See who’s calling before you pick up with a live video preview.

Friend can’t answer the phone? No problem. Leave them a video message for them to call you right back. With a video message, you can still capture everything about that moment you wanted to share.

Make voice-only calls to your friends when you can’t chat over video.

Of note, iOS 12 was set to bring Group FaceTime support, but Apple recently revealed that the feature will be delayed until a later release of iOS 12. When it launches, Group FaceTime will expand video calling from one-on-one calls to up to 32 participants – a feature that Google Duo and many other video calling services lack.

Duo comes to Android and iOS tablets! With Duo v39, starting to roll out today, you can enjoy the same great Duo quality on a large screen. We've optimized the whole app for tablets – easy setup, custom UI, and support for both portrait and landscape.pic.twitter.com/ABCwVdqn7A