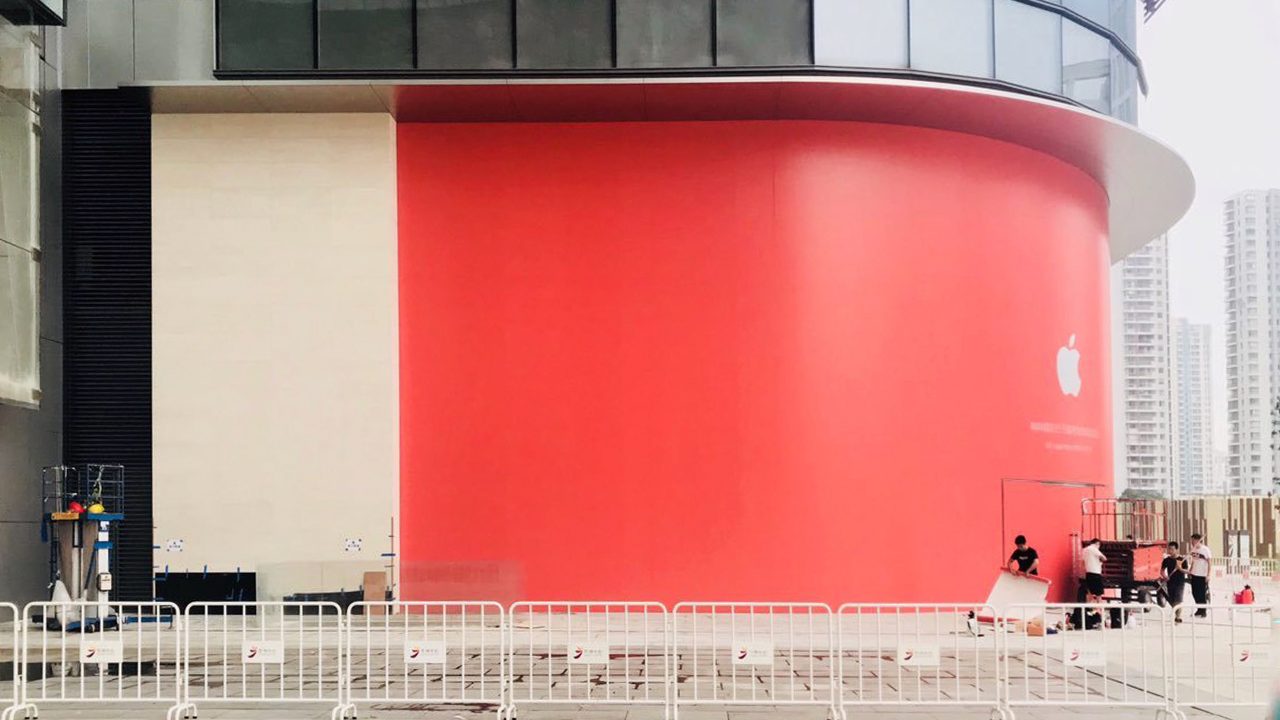 The opening of Apple’s first store in the Chinese city of Suzhou has been officially announced by Apple. The store’s debut is scheduled for September 21st at 10:00 A.M. local time, coinciding with the launch of the Apple Watch Series 4 and new iPhones.

It was just last week that Apple lowered construction scaffolding to tease its 505th retail store with eye-catching red wrappings. No official opening date was announced at the time, likely because it was tied to the launch of then-unannounced products.

As we previously noted, the new store is located directly below the Gate to the East, Suzhou’s tallest building. Apple has secured a prime storefront near the entrance to the adjacent Suzhou Center Mall, a massive shopping center home to over 600 brands. The two-story store will be Apple’s second entirely new location to open in China in 2018.

Apple has a precedent of opening stores to coincide with the release of new products. In 2017, Apple Meadowhall in England and Apple Smith Haven in New York opened in redesigned spaces on iPhone 8 launch day. In 2016, three similar stores celebrated new renovations on iPhone 7 launch day.

Suzhou’s opening will come just days after the reopening of Apple Wangfujing in Beijing, which has been closed since the end of June for remodeling. Updates are expected to include a video wall, Avenue-style display cases, and modern product tables.

Follow along with our Apple retail guide for more store news.