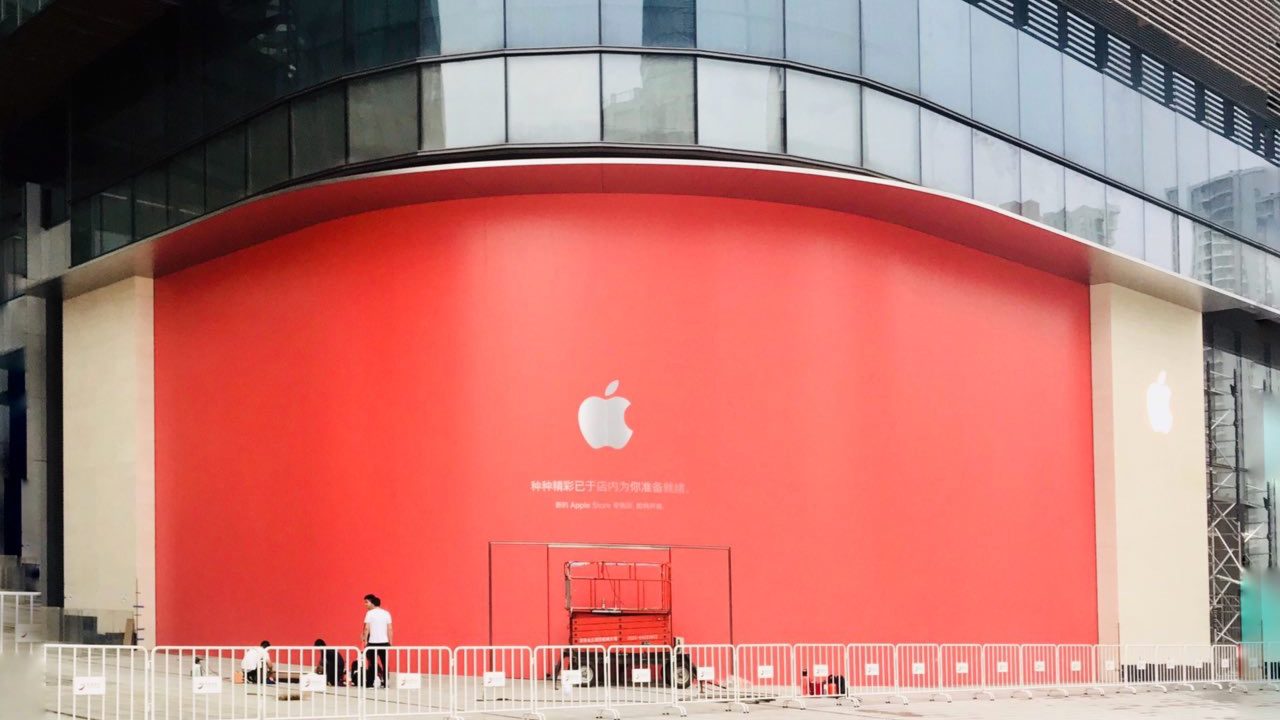 Apple’s 505th retail store will soon open in the Chinese city of Suzhou. While a date and time for the grand opening have not yet been announced, construction at the new space has wrapped just in time for the launch of new iPhone and Apple Watch models set to be announced next week.

Located just west of Shanghai, Suzhou is a wealthy and rapidly growing business hub. Apple’s newest store will be nestled at the foot of the Gate to the East, a uniquely arched skyscraper and Suzhou’s tallest building. Below the tower and overlooking the Jinji Lake is CapitaLand’s Suzhou Center Mall, the city’s largest shopping center. Since its grand opening in November 2017, Apple has been busily constructing a tall and prominent storefront directly adjacent to the mall entrance and exterior plaza.

During the night, the store’s concealed facade was decorated with vivid red wrappings bearing a chromed Apple logo, as shown in photos from Weibo user @Patrick_112233. The banners mark the first official confirmation of Apple’s tenancy in the space. Although rumors have persisted since last year and retail hiring in Suzhou began in April, no formal announcement of the store was made.

Upon opening, Apple will join over 600 other brands in the mall. The store will be Apple’s second entirely new location in China in 2018 after the opening of Macau’s Apple Cotai Central in late June. After a period of explosive growth across 2015 and 2016, Apple’s expansion in China has slowed as retail efforts shift to opening new stores in Japan and establishing an initial presence in other countries like South Korea and Austria. 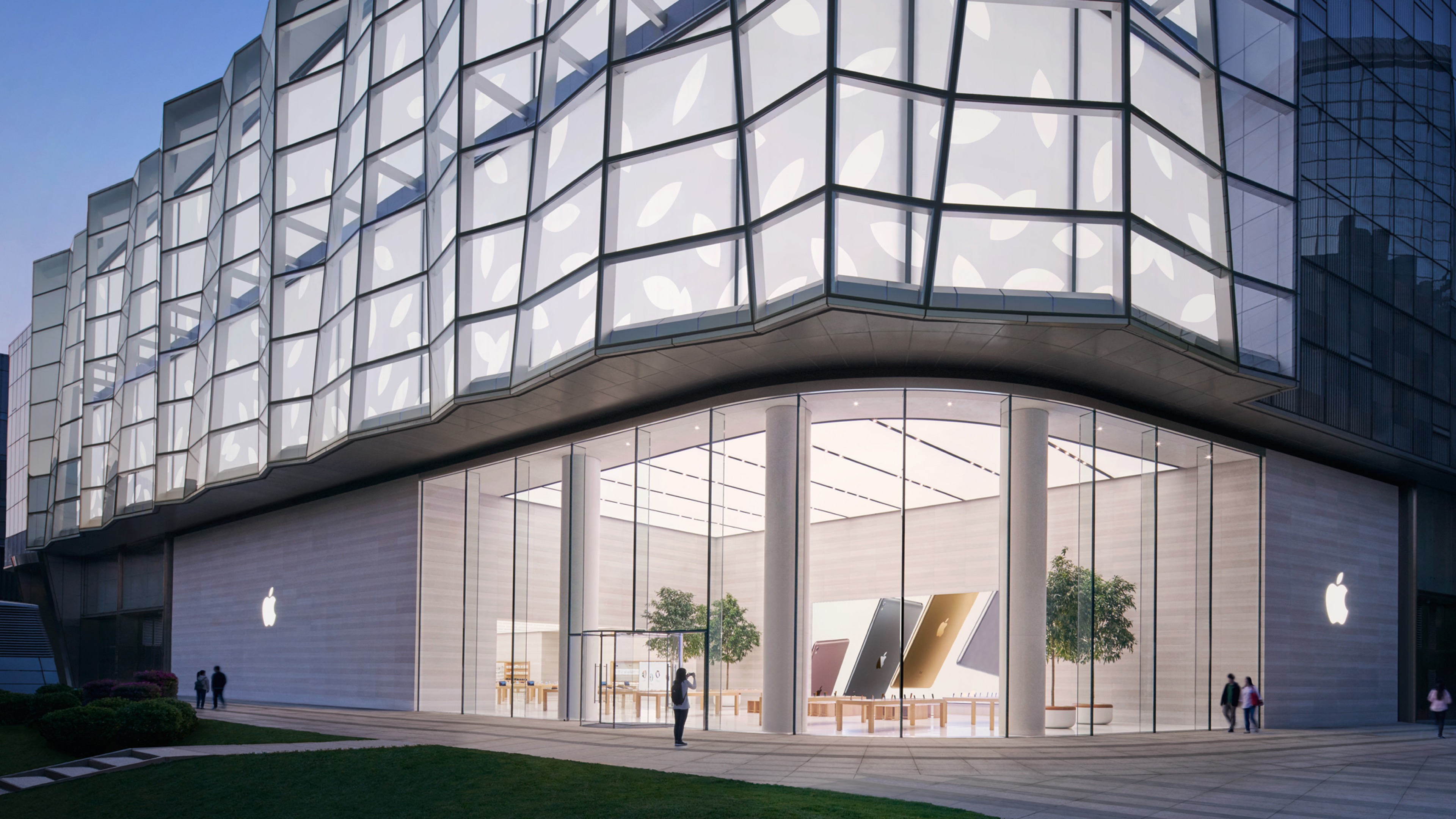 Like all new Apple retail projects, Suzhou’s store will be positioned first as a community gathering place for learning and inspiration. The store will join over 20 other Apple locations in China featuring a Today at Apple-ready video wall and open forum area. With over half of the country’s stores representing the best retail experience Apple has to offer, China is notably ahead of most other regions in terms of store modernization efforts. In March 2017, Apple also announced plans to bring research and development facilities to Suzhou and Shanghai. 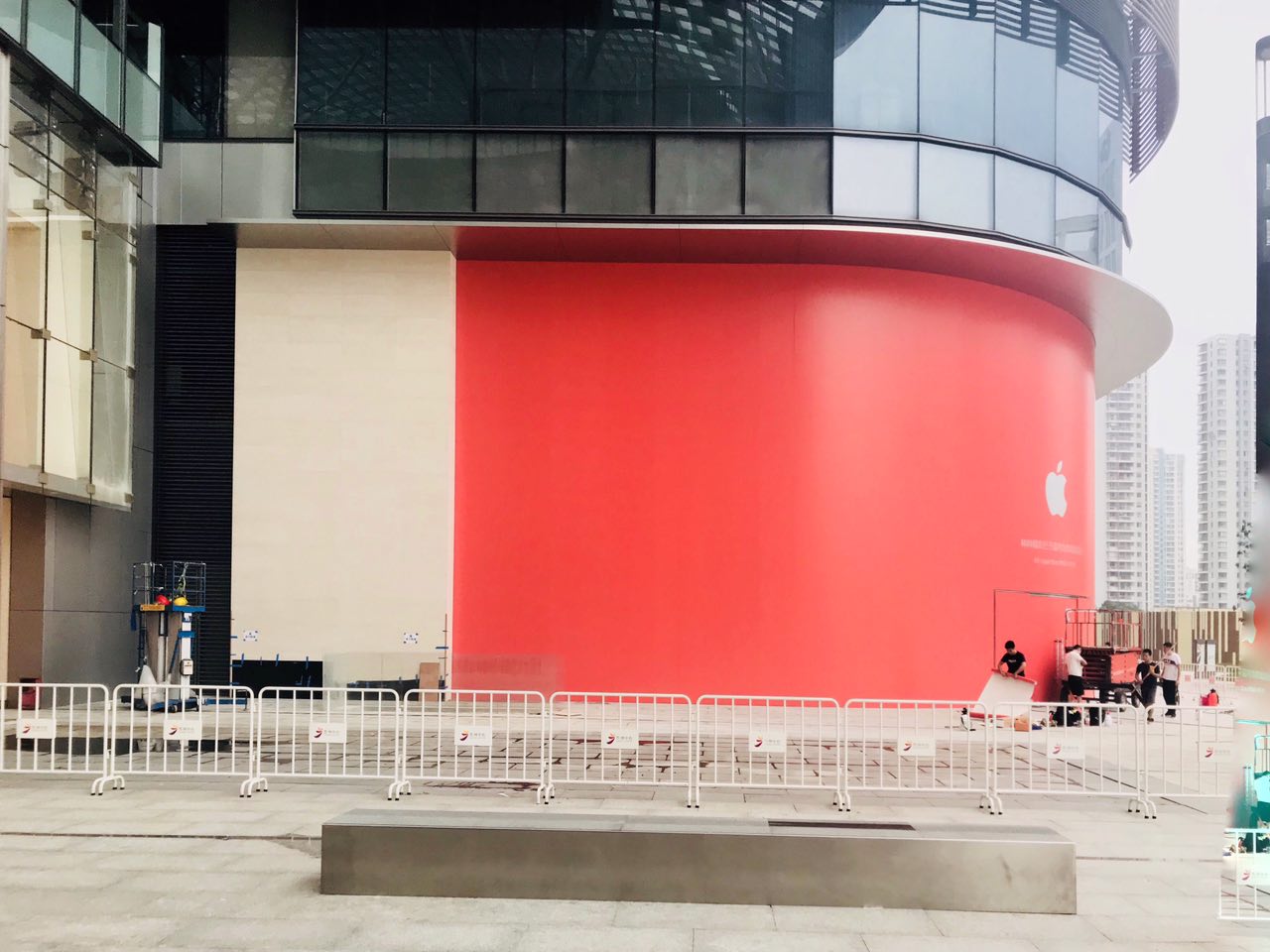 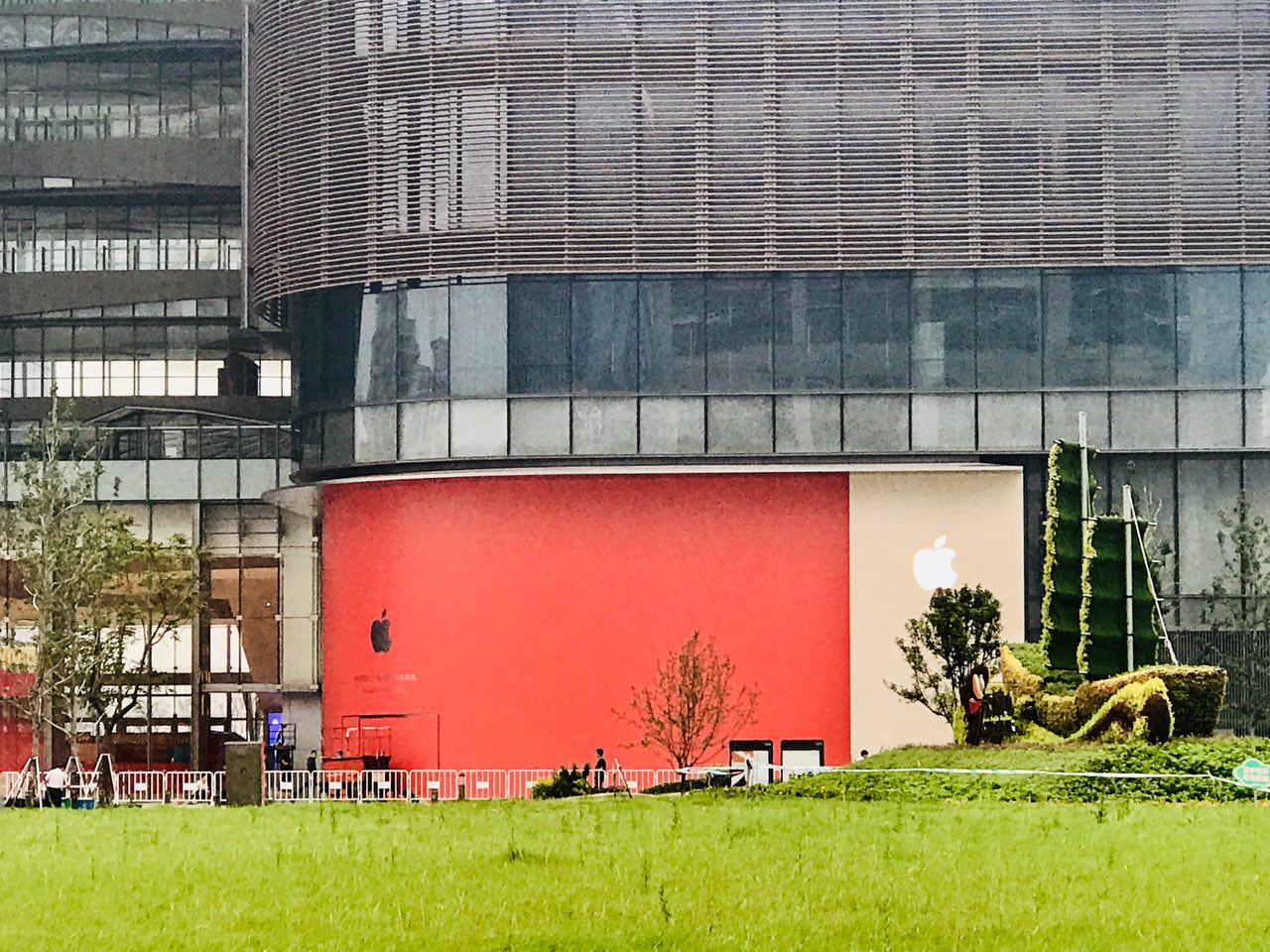 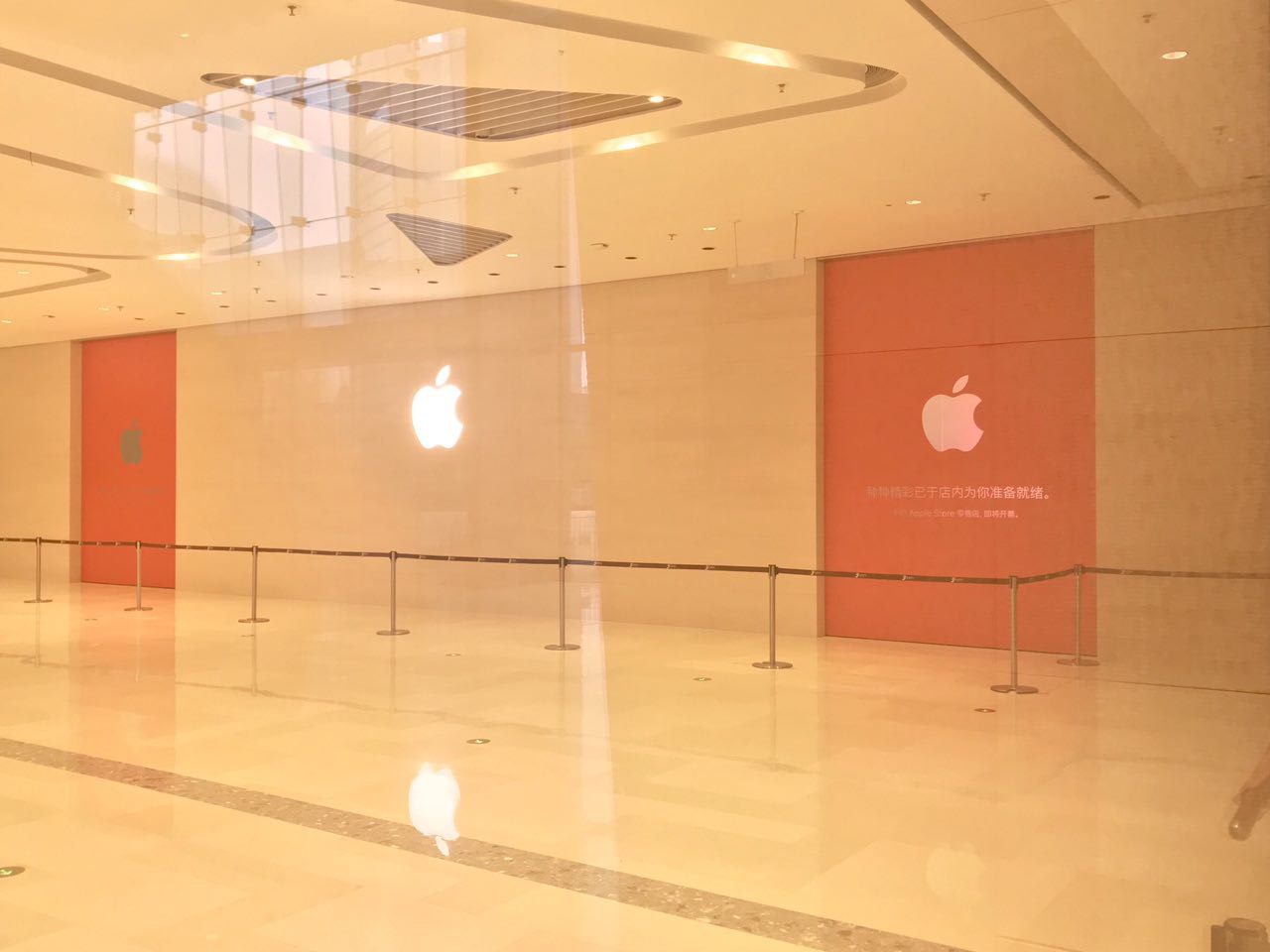 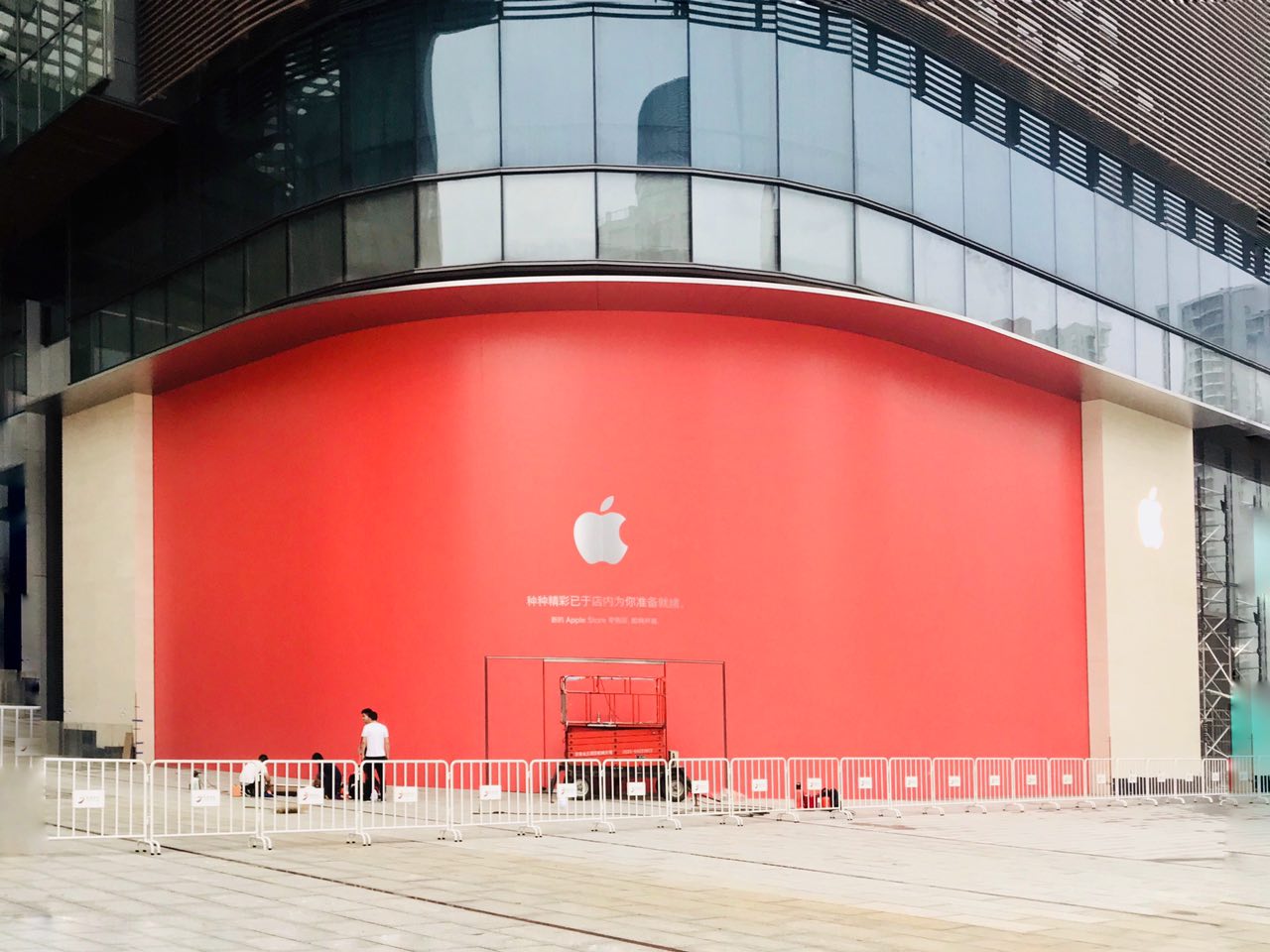 Suzhou’s grand opening is just one of several retail projects wrapping up or beginning in September. We’ve already seen the reopening of Apple SouthPark in North Carolina and the renovation closure of Apple Waterside Shops in Florida on September 2nd. Renovations will also begin at Santa Monica’s Third Street Promenade on September 16th, just one day before the reopening of Apple Wangfujing in Beijing. More openings will follow before the end of the month.