Why I left Dropbox for iCloud Drive and never looked back 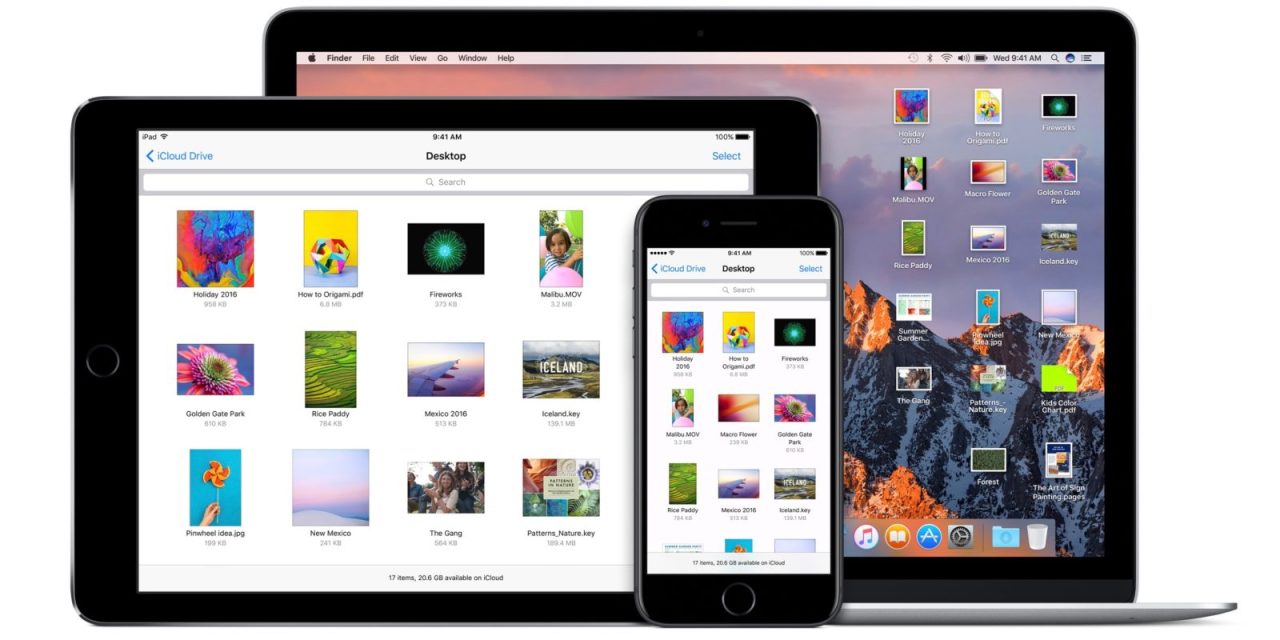 When it comes to file storage for Mac and iOS users, there are multiple options. Today, I want to look at iCloud Drive vs Dropbox.

When I think back to the early days of iPhone and iPad (and even my Mac life around that time), Dropbox was so ingrained into my workflows that I couldn’t ever see it leaving. On the flip-side, I’ve have been using Dot Mac/MobileMe/iCloud since before the iPhone was released. Years ago, Apple’s storage solution for Dot Mac/MobileMe was iDisk, and it was not good. Dropbox came along and made everything else look ancient.

For years, I was reliant on Dropbox. I used all the popular writing apps that synced to Dropbox, my photos were in Dropbox, and it was the backbone of my multi-device lifestyle. I paid the $99/year premium fee despite having earned 24 GB of free storage through referrals. What led me to start to look at iCloud Drive vs Dropbox.

In the meantime, Apple released iCloud Drive (replacing iDisk) back with iOS 8 and OS X Yosemite. Because Apple only included 5 GB for free with iCloud, I wasn’t tempted. I was still a happy Dropbox user and had no plans of looking around. Sometime between iOS 8 and iOS 11, my photo workflows began to change. Despite being a Dropbox + Google Photos user for many years, I started to take a more extended look at iCloud Photos. Once I decided I preferred iCloud Photos, I decided to upgrade the storage to the $9.99/month plan to house all of my photos. Apple then upgraded the $9.99 plan to 2 TB of storage. I was then paying $99/year for Dropbox and then added $9.99/month for iCloud. With iOS 11, Apple also introduced the File application. Yes, it has integration with Dropbox, but it works great with iCloud Drive. I started to let my mind wander.

I want to say that I pondered the decision for a while, but I didn’t. I dragged the entire contents of my Dropbox folder (sans shared folders) into iCloud Drive to see how fast the upload would be. Much to my surprise, it uploaded quickly. When my Dropbox premium plan came up for renewal, I let it lapse. Now I still have it installed (the free version) as I have my wife’s phone to set to auto-upload her photos to it so I can import them into iCloud Photos, but it’ll be removed when Apple builds a native family sharing functionality.

While I’ve long complained about the 5 GB free iCloud tier, the $9.99/month is a great deal. It comes with 2 TB that I get to share with my family. By the time all of my kids are old enough to have storage needs, I’ll have one single bill that covers us all. My photo library is taking up around 275 GB, so I’ve got plenty left for documents for everyone. With Dropbox, I could have certainly let everyone in the family use my account, but then all of our files would be mixed. With iCloud Drive, every person in the family gets their own storage bucket (with a family max of 2 TB).

I love the fact that my macOS desktop syncs to iCloud. In fact, this might be my favorite feature. Often, I’ll get attachments at night or on the weekend that I need to deal with the next day. From my iPhone, I’ll save the file to iCloud Drive’s desktop folder. When I open my Mac the next day, that file is waiting on me as a reminder to deal with it. It’s such a simple workflow, but it makes all the difference for me. I don’t forget about the file because it’s sitting on my desktop, but I can empty my email inbox.

Over the years, I’ve tried to use Apple apps and services as much as I can. It’s one less account to manage, one less bucket of data to maintain, etc. I use the Notes app, Apple Maps, Reminders, Apple’s email apps, Apple’s Calendar, etc. It just makes sense to keep my data with Apple as well. Some will say they don’t have the best reputation with cloud services, but I’ve had zero issues with files uploading, syncing to other devices, etc. I make Time Machine backups of my data incase, but I’d be doing that with Dropbox as well.

At the core of it, iCloud Drive is a collection of folders that sync. Dropbox is doing the same thing. From 40,000 feet, I see why Steve Jobs once called Dropbox a feature and not a product. It took a few years, but he was right. I’ve used iCloud Drive much the same way I always did Dropbox. I throw files in there, and I don’t think about it. They become available on all my devices, so I can have access to them regardless of where I am.

With that being said, there are still some features I’d like to see iCloud Drive add, and you can read about those here. When you consider iCloud Drive vs Dropbox, which service do you prefer?