Apple Watch Diary: The Series 4 is definitely a worthwhile upgrade for me 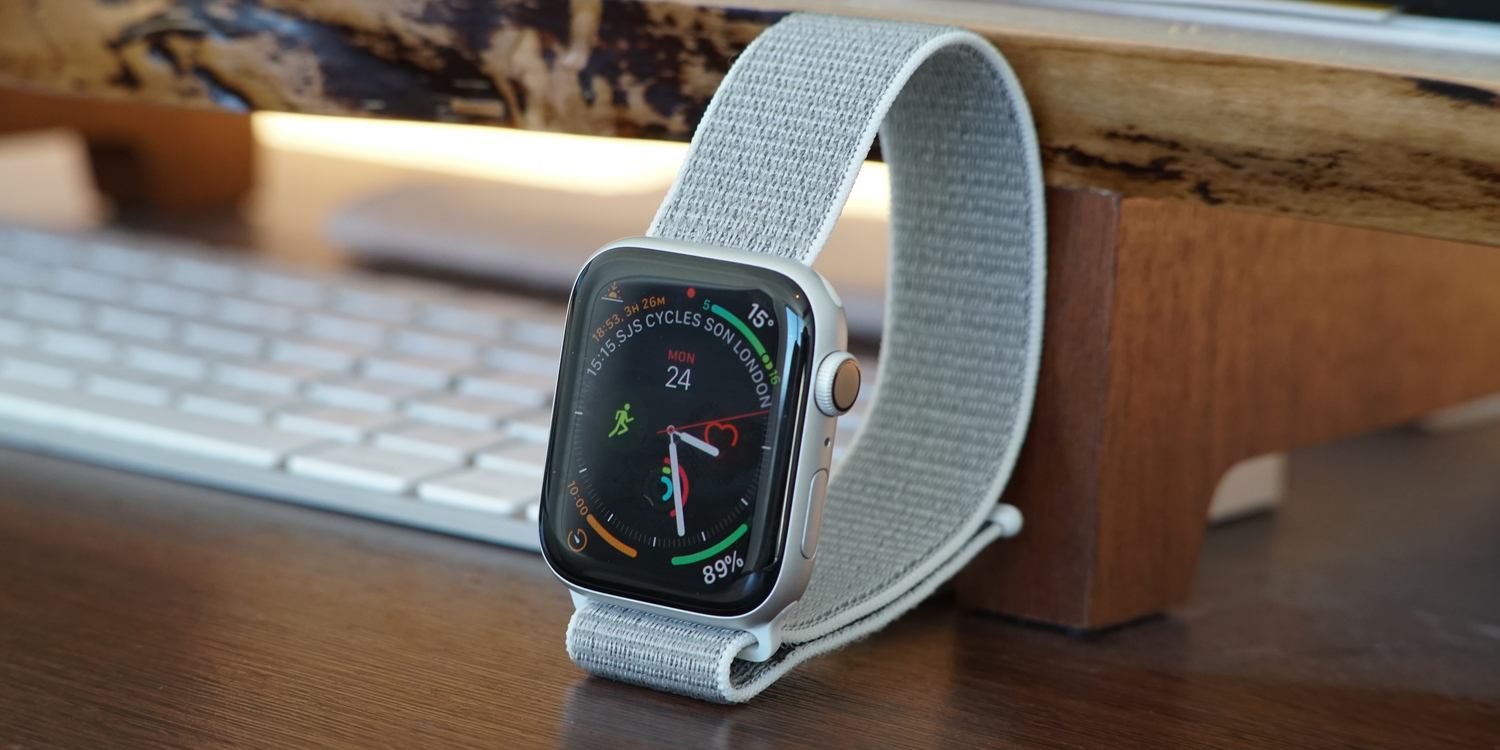 The Apple Watch succeeded in converting me from a smartwatch skeptic to an Apple Watch convert, but I held out on upgrading until the Series 3 came along. There were two reasons that persuaded me to upgrade – improved Siri performance and the automatic monitoring of heart-rate, my Series 0 being the only model in the line-up not to support the latter.

A 15% increase in screen size is pretty significant. I found that the difference in screen size between the 9.7-inch and 10.5-inch iPad made a surprisingly big difference to the experience, so it’s entirely possible that the same might be true here.

[The new Watch may offer] more complications. If it did that, I’d be sold straight away.

Once our exclusive reveal showed that the Watch ticked both boxes, I knew it was going to be a game-changer.

About that percentage. The usual way of measuring the size of a display is the diagonal, and by that measure the increase is 15%. An alternative is to measure display area, and that’s what Apple did, listing the size increase as 30%.

If we’re using Apple’s method and being pedantic, it’s just under 29% for the 44mm and just over 31% for the 42mm. I normally roll my eyes at companies using non-standard metrics to make their products sound better than they are, but in this case, I think Apple’s method is actually fair.

The reason for that is, subjectively, the Apple Watch display looks much bigger than the Series 3. The combination of physical increase in size and reduced bezel size really makes a huge difference.

I also like the slimmer form factor. Again, the difference doesn’t sound much on paper – 10.7mm versus 11.4mm – but it does look noticeably thinner.

The flush side button looks neater – though it’s almost impossible to feel by touch. Fortunately, you don’t need to: it works fine just pressing the area in general.

The haptic feedback on the Digital Crown is very convincing. Knowing how it’s done, and paying close attention, maybe I can just about feel that it vibrates in the wrist as well as on my finger, but honestly if I hadn’t know about it, I don’t think I’d have guessed.

Apple still forces you to buy a new strap with a Watch. That’s getting annoying now: this is my third Watch, and some people will be on their fifth one by now. I have plenty of straps, and if I could have bought the Watch on its own, I definitely would have done so.

But since I was forced to buy one, I opted for the Seashell Sport Loop, just out of curiosity. This works like the Milanese Loop, but closes using velcro rather than magnets. It works well. It’s easy to take on and off, stays secure once fastened, and is comfortable. But personally I think it looks cheap. It definitely doesn’t look like it belongs on a $429 watch. I’ve now swapped to the third-party Link Bracelet lookalike I got on Amazon for about 10% of Apple’s price (sadly it doesn’t seem to be available any more).

A large part of the appeal for me was the ability to increase the number of complications. There was some debate about whether the headline new face offered eight or nine complications. I can confirm it’s eight: the date and next calendar appointment are a single complication.

However, even with the larger display, the smallest text is rather tiny. For example, the sunset time and countdown top-left, and the temperature range for the day, top-right. Those don’t quite meet my ‘at a glance’ test. So the usefulness of the additional complications is compromised by the additional time it takes to peer at the small text.

However, it’s great to have the option – and I do also think it’s a very attractive face. I’m using that for now as my primary face, with the new modular one as face two and Siri as face three.

On the modular face, some complications do have the same tiny text, but most are incredibly readable on this size of display – as is the Siri face.

I suspect I may end up using the new modular face once the novelty wears off, so will in fact have gained only one additional complication, but we’ll see.

Oh, and the new video faces – fire, vapor and so on? They are really beautiful, but for me defeat part of the point of a smartwatch, which is to have key information visible at a glance.

Raise to talk to Siri – one of the welcome watchOS 5 features – proved a little hit-and-miss on my S3. On my S4, however, it has proven 100% reliable.

My only complaint about it is that the display is slow to respond. So, I can raise my wrist to my mouth and immediately issue a Siri command, and it will respond correctly. But the visual confirmation that it is listening comes after I’ve started talking.

The increase in speaker volume is amazing! There’s no problem at all now hearing Siri’s responses even on the street, and it’s also better for phone calls. (No, I don’t do the Dick Tracy thing deliberately, but it’s handy to be able to answer a call when I’ve left my phone in the office and gone to the kitchen to make a cup of tea, for example.)

Some things stay the same

You have the gold color as a new option this year, but that’s not for me. I’ve stuck to exactly the same spec as last year: aluminum, silver, GPS only.

Aluminum because I like it and the stainless steel equally, and can’t see any reason to pay the premium for the latter. Silver because I find gold too blingy and although I like the space gray, the silver looks better with a wider range of straps. GPS because I never go anywhere without my iPhone, so great as the LTE functionality is for some, it’s irrelevant to me.

And so far, I haven’t noticed any other differences in use beyond the ones mentioned above. If I do, I’ll update. A reader did ask me to compare the workout tracking, to see whether there’s any difference in readings, and I will do that later in the week.

I’ve acquired a few Apple Watch bands over the years. In theory, I like the ability to change them up every now and again, but in practice rarely do.

A couple of you asked me to compare the Workout readings between the S3 and S4 Watches. The good news is that I’m lazy about selling things, so still had my old Watch around. The bad news is that I proved rubbish at remembering to do this. But I did finally get around to it.

I compared the two on a four-mile cycle commute, and the readings were virtually identical for distance, time and average heart-rate. The few seconds of time difference was explained by me stopping each in turn. There was just 0.01 mile variance in the distance (3.92 versus 3.93 miles), and just one bpm difference in the heart-rate (148bpm versus 149bpm).

Where there was a big difference, however, was in active calories. The S3 reckoned 131 calories, while the S4 said 168. The S4 was the one connected to my phone, so perhaps that makes a difference as it may have been detecting leg movements (the phone was in my jeans pocket).

But given that calorie estimates are notoriously unreliable anyway, I’d say there’s no discernible difference between the two in the actual data read.

One final thing: as last year, I got an email from Apple offering me a free online personal training session. It wasn’t relevant to me, but I do think it’s really fantastic that Apple offers this. I couldn’t imagine any other tech company doing it. I’ve written before about the so-called ‘Apple tax,’ but I think this sort of service is one thing people often forget.

If you’ve upgraded to one too, how are you getting on with yours? Noticed anything I haven’t? Please share in the comments.