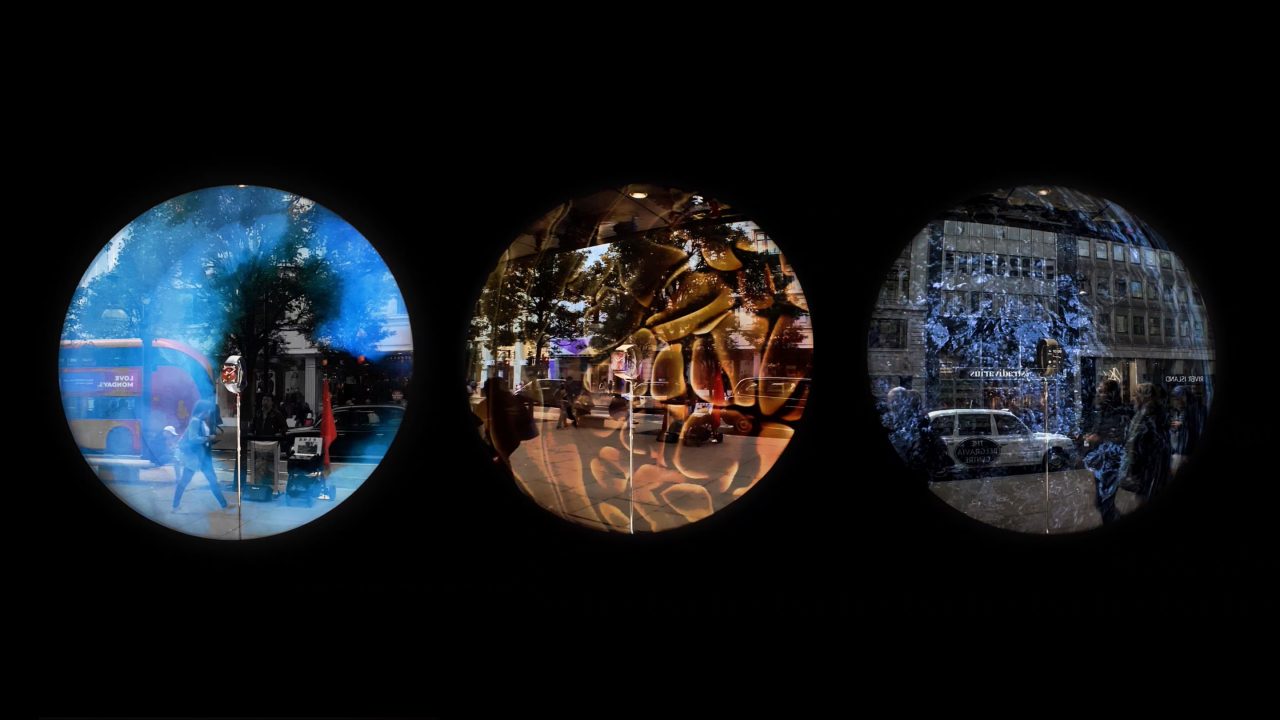 Larger displays are the headline feature of the Apple Watch Series 4 and iPhone XS Max. To spotlight the new screens, Apple has created large displays of another kind – in storefront windows.

The first showcases the new Live Wallpaper that ships on every iPhone XS and has been used in Apple’s online, print, and television advertising. Two versions of the image at different scales representing both iPhone XS display sizes face each other. Between the backlit wallpapers, iPhones featuring the same image are suspended against a black backdrop. Just like the Live Wallpaper, the gigantic displays slowly swirl and move over time. 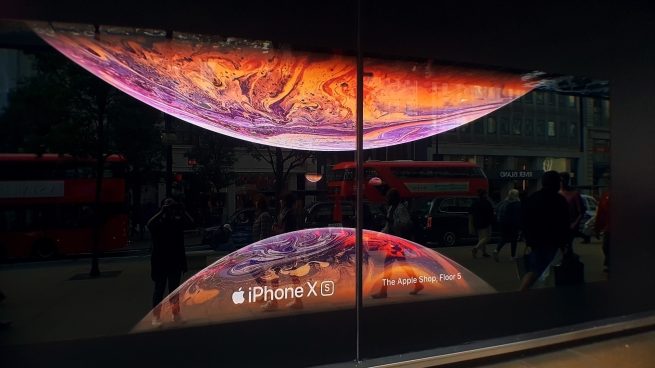 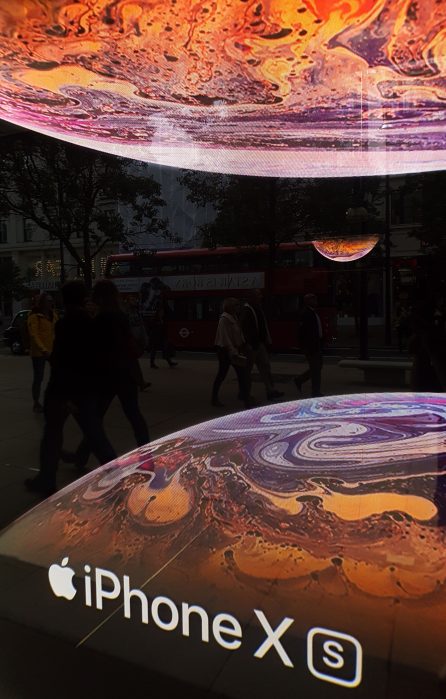 To the right of the iPhone display are three circular cutouts featuring the Apple Watch Series 4. Each portal offers a preview of one of the new motion watch faces introduced with the Series 4 and shipping in watchOS 5. Vapor, Fire, and Water loops explode and swirl behind three configurations of Apple Watch, including the gold stainless steel model with matching Milanese Loop. 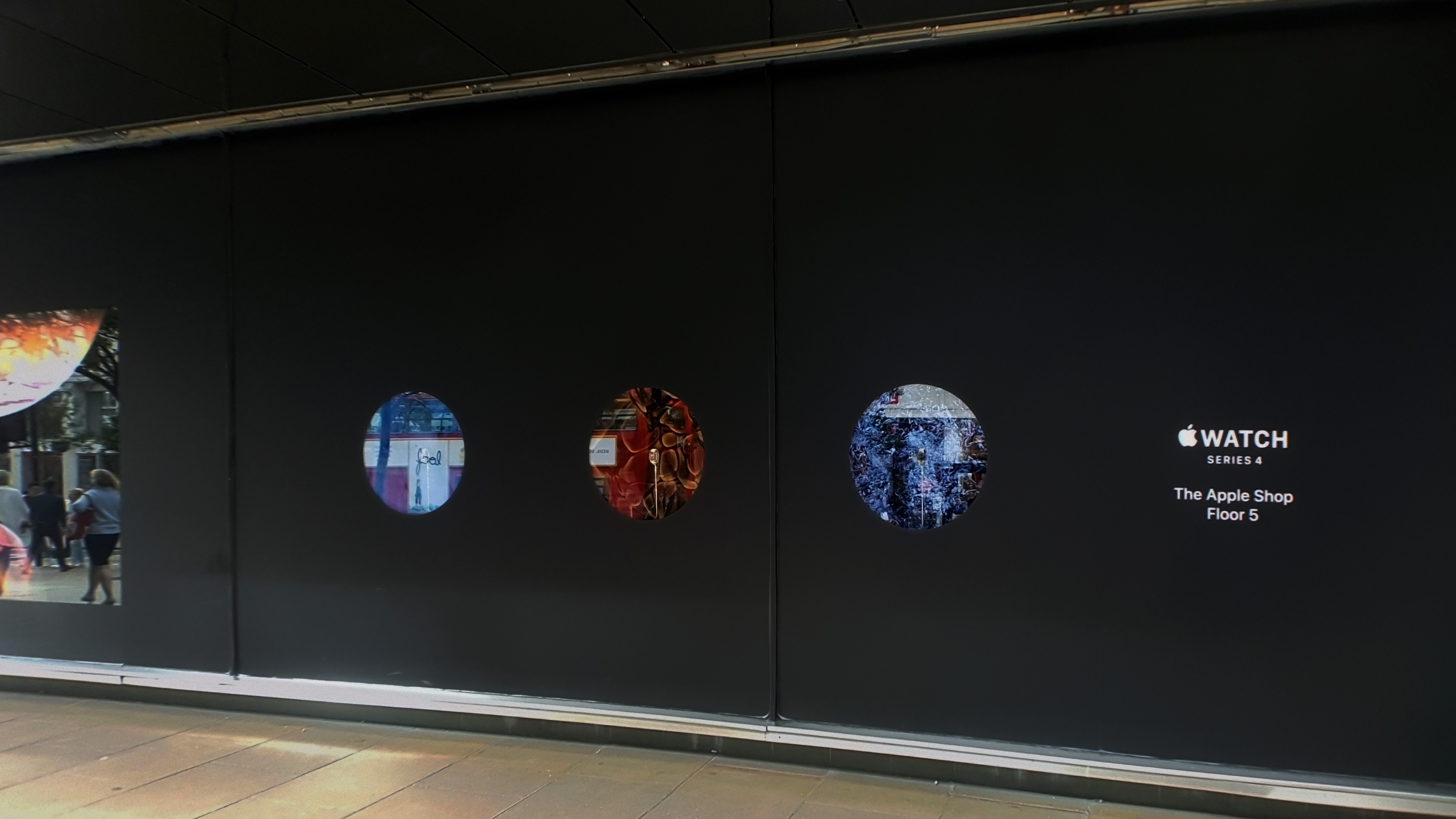 The motion backdrops reflect off of the inside of their display cases, giving viewers the impression of a tunnel of movement. Like their Apple Watch equivalents, each effect follows the outline of its enclosure. In an earlier video, Apple detailed how it made each of the new watch faces. Rather than rendering simulations, a team was assembled to film real flames, water, and vapor.

There’s no telling how long these displays will remain set up, so if you’re in London and want to check them out, it’s worth prioritizing a visit. A similar installation is featured at the Peter Jones department store in Sloane Square. Let us know if you spot any others. 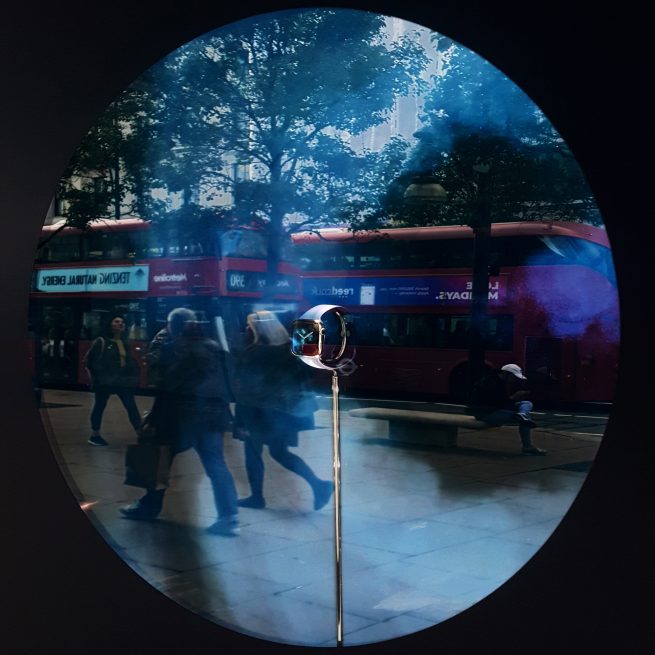 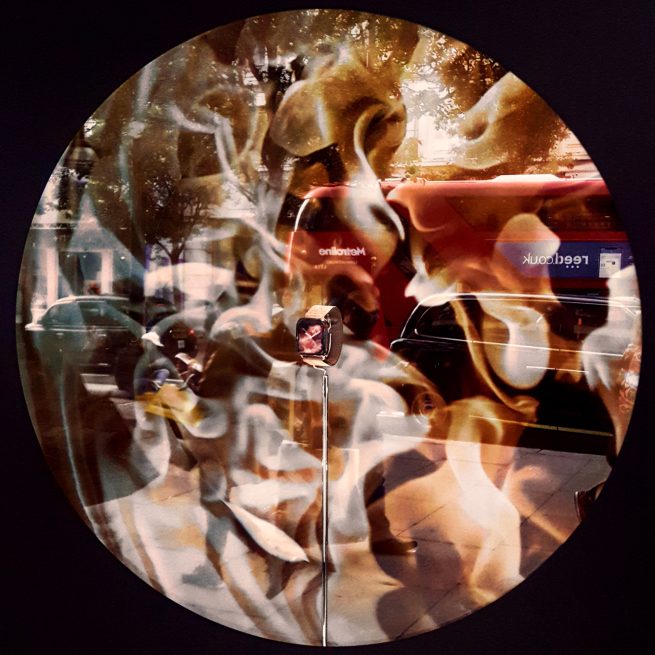 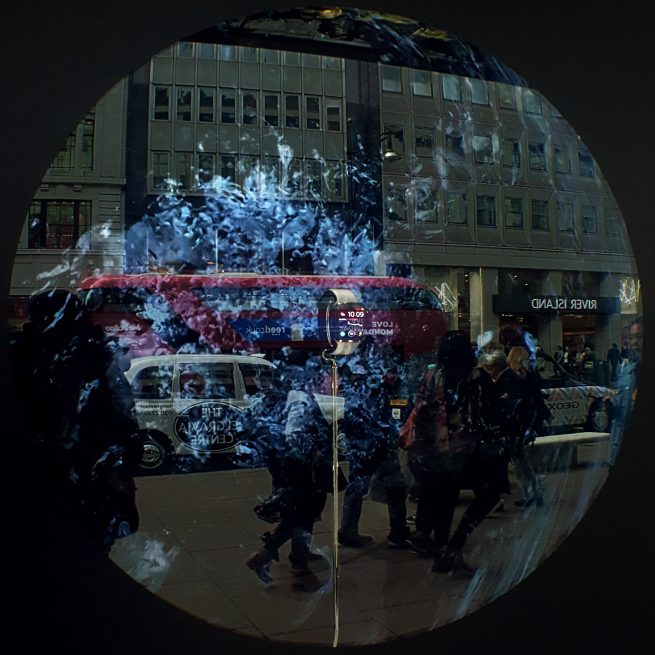