Apple patent application describes how Apple Maps could get smarter 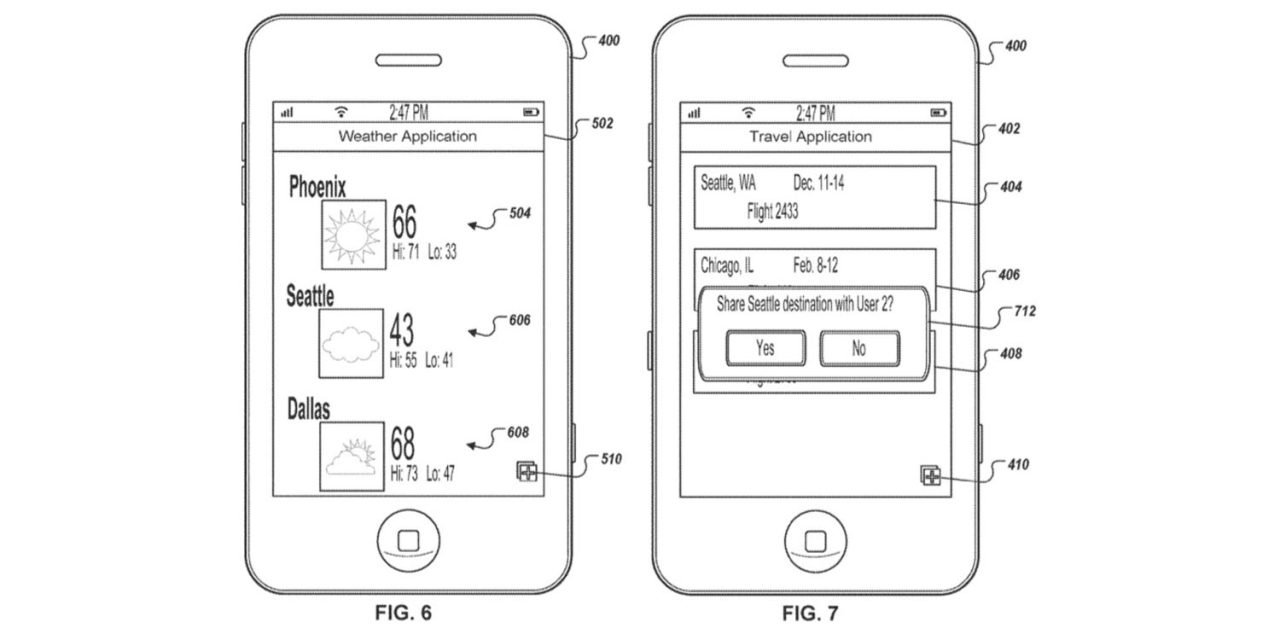 There was a time when Apple was working hard on developing a travel app for iPhones and we covered three of their patent applications that were published by the US Patent & Trademark Office in 2010 (one and two) and 2012. In 2013Apple was granted their first patent for a travel app and a second granted patent in 2015 that we didn’t cover […]

It would appear that Apple is still working on a new travel app, even if it’s being done glacially.

The patent text is pretty vague, and written in the usual patenteze, so it’s certainly possible that Apple is working on a whole new stock app.

But our take is that the company is describing features that could be added to Apple Maps.

Apple of course already uses this general approach, suggesting when to leave for an appointment found in Calendar based on traffic and transit information pulled into Maps. It also pulls in things like local weather and opening times for restaurants.

The patent application goes on, though, to describe sharing travel data between devices owned by different people.

Potentially, then, Apple Maps could recognize from a calendar entry that you are travelling with a partner, friend or business colleague, and ensure that everything is synched between you.

One illustration references accessing both a friends database and a destination database. Another possible application here would be to alert you when friends are travelling to your city, subject to them giving Apple Maps permission to share the data.