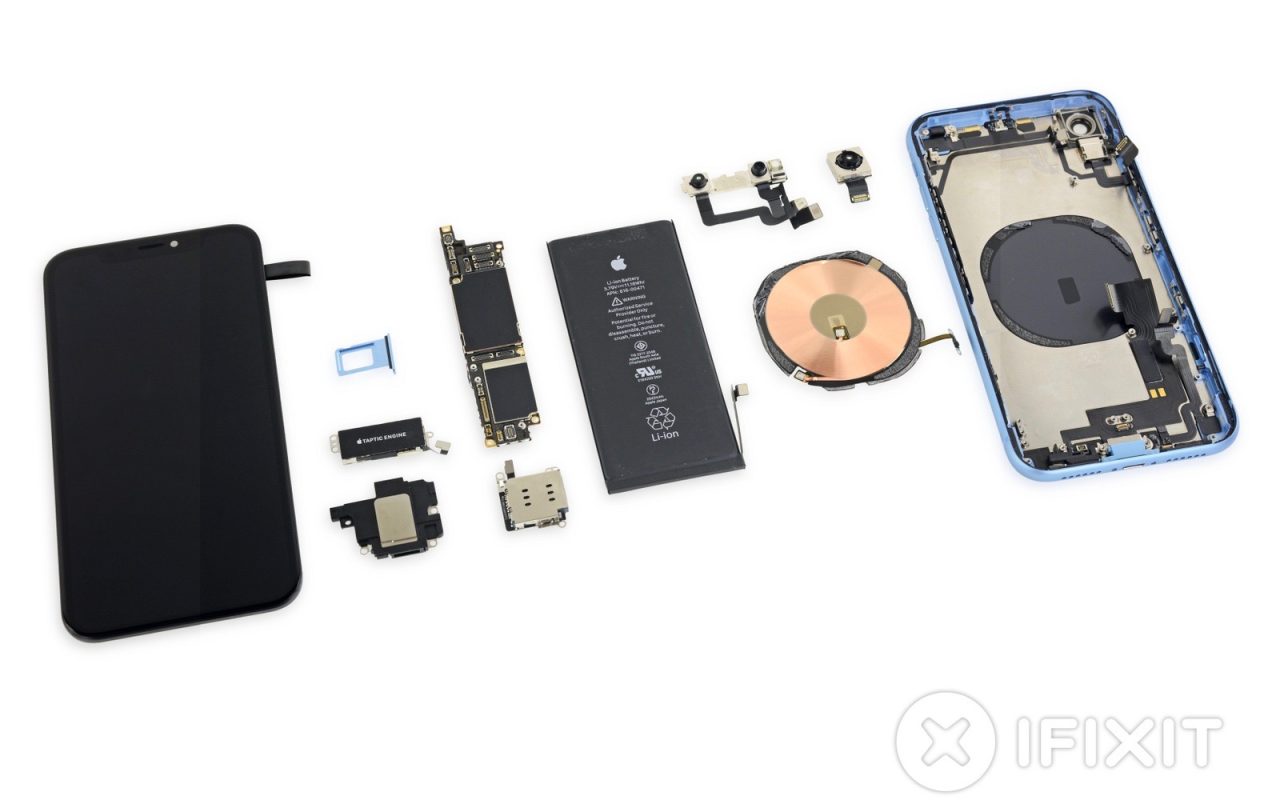 After beginning the iPhone XR teardown process yesterday, iFixit has now shared its full inside look at the device. The site prefaces its teardown by saying that if you’ve been wondering what happened to the “iPhone 9,” the iPhone XR is it.

First and foremost, iFixit highlights the iPhone XR’s large battery size. As early reviews noted, the iPhone XR packs a punch in terms of battery life, and iFixit says that’s because it’s single-cell rectangular battery weighs in at 11.16 Wh. For comparison, the iPhone XS Max’s battery is 12.08 Wh, and it has far more pixels to push.

Elsewhere, iFixit offers some color on that pesky misaligned Lightning port along the bottom of the iPhone XR. This is apparently a “symptom of the thicker display” assembly used on the LCD iPhone XR:

The new “misaligned” Lightning port looks to be a symptom of the thicker display assembly. The LCD is less pricey, but its need for a backlight makes it bigger—which may have perturbed the port symmetry.

One interestingly tidbit is that the iPhone XR features a modular SIM card reader, a first for the iPhone. What this means is it makes replacements of the SIM reader quicker and cheaper, and also reduces costs of replacing the logic board. It’s also likely tied to multi-SIM functionality in some way, but details there are sparse.

A peek under the hood revealed design hallmarks reminiscent of both the iPhone 8 (rectangular battery, single layer board) and X (square-ish logic board, Face ID), making this the spiritual “iPhone 9.”

But the XR isn’t all throwback—it’s got the latest silicon, and contains features entirely new to iPhones. We found Apple’s first-ever modular SIM reader, possibly there to help with their newfangled multi-SIM plans.