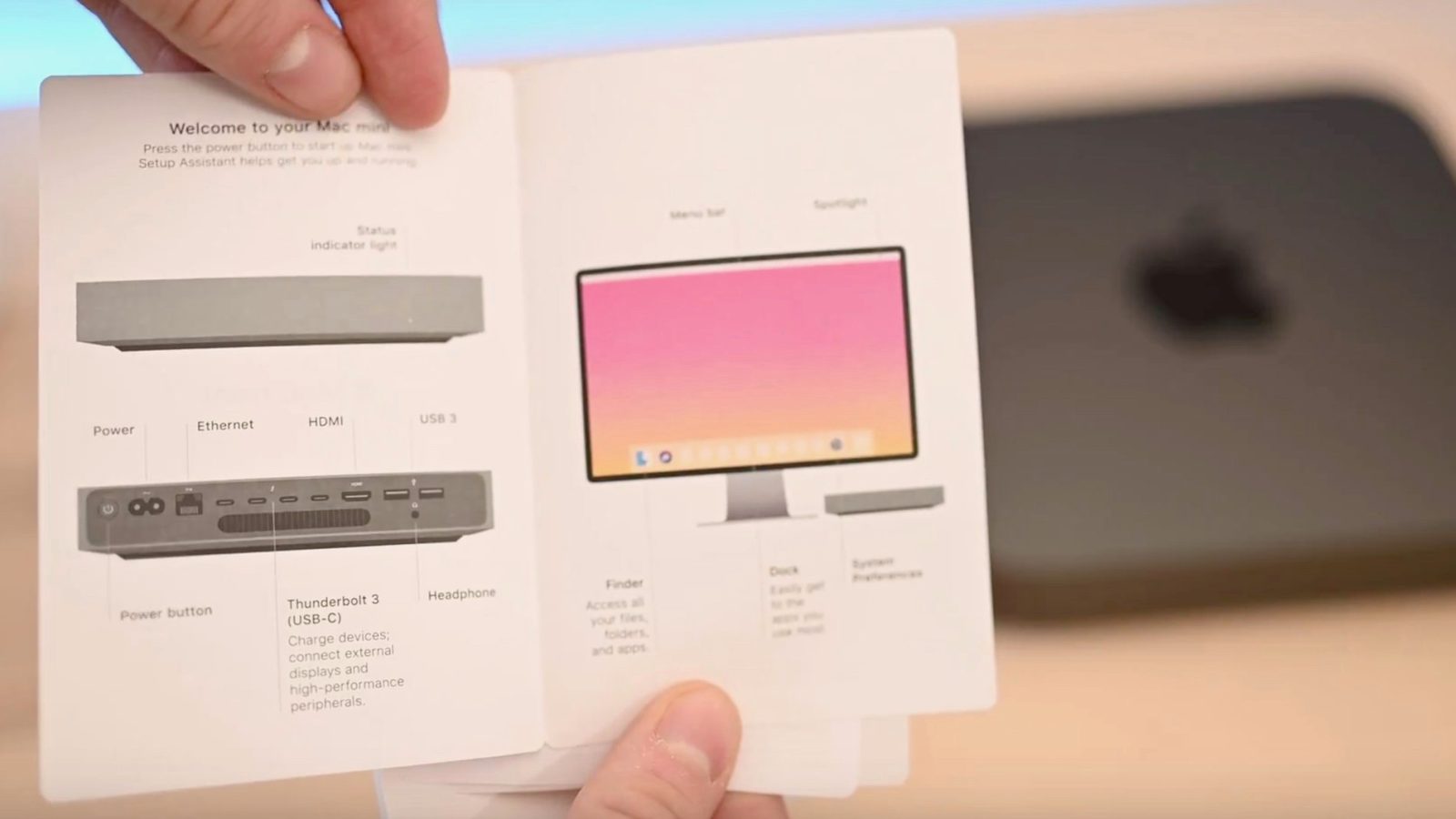 At its October event earlier this week, Apple officially unveiled a new Mac mini after over 4 years of neglect. With the first reviewers getting their hands-on the new machine, we’re getting a closer look at the details of the new Mac mini.

Included in the Mac mini box is Apple’s normal ‘Getting Started’ guide, but in that guide is an image of seemingly non-existent Apple display…

Apple is widely expected to have a new first-party display coming in 2019. The company discontinued its iconic Thunderbolt Display back in 2016 and started pointing users towards third-party options instead.

After outcry from the pro community, however, Apple pre-announced in 2017 that it was working on a new modular Mac Pro and standalone display for users. Details at the time were sparse, but such a pre-announcement was a rather candid admission from Apple that it had let the pro market down.

Then, just earlier this year, Apple offered an update on its new pro-focused hardware efforts. The company called the new modular Mac Pro a “2019 product,” while also adding that it has created a new “Pro Workflow Team” to learn more about what professionals need and want.

Now, there’s no indication that the display shown in the Mac mini guide is the display Apple has coming in 2019. Of course, it wouldn’t be the first time Apple highlighted unreleased products in its Getting Started Guides for existing devices.

The display does show a design similar to that of the Thunderbolt Display, but with much smaller bezels. This keeps with Apple’s trend of taking the displays on its products as close to the edge as currently possible.

As users await Apple’s display, there are only a handful of Thunderbolt 3-enabled displays on the market, including one popular option from LG. It’s clear, however, that many users are waiting to see what Apple has in store before making an investment in a third-party display.

What do you think of the display shown in the Mac mini guide? Would it be enough for you or are you hoping for a more dramatic display overhaul from Apple, such as ultra-wide technology? Take the poll below and let us know more of your thoughts about the Apple display coming next year in the comments.

Have you seen the Getting started guide on the new Mac Mini? It shows the display we all want 🤷‍♂️ pic.twitter.com/M2Tf0xfUOB