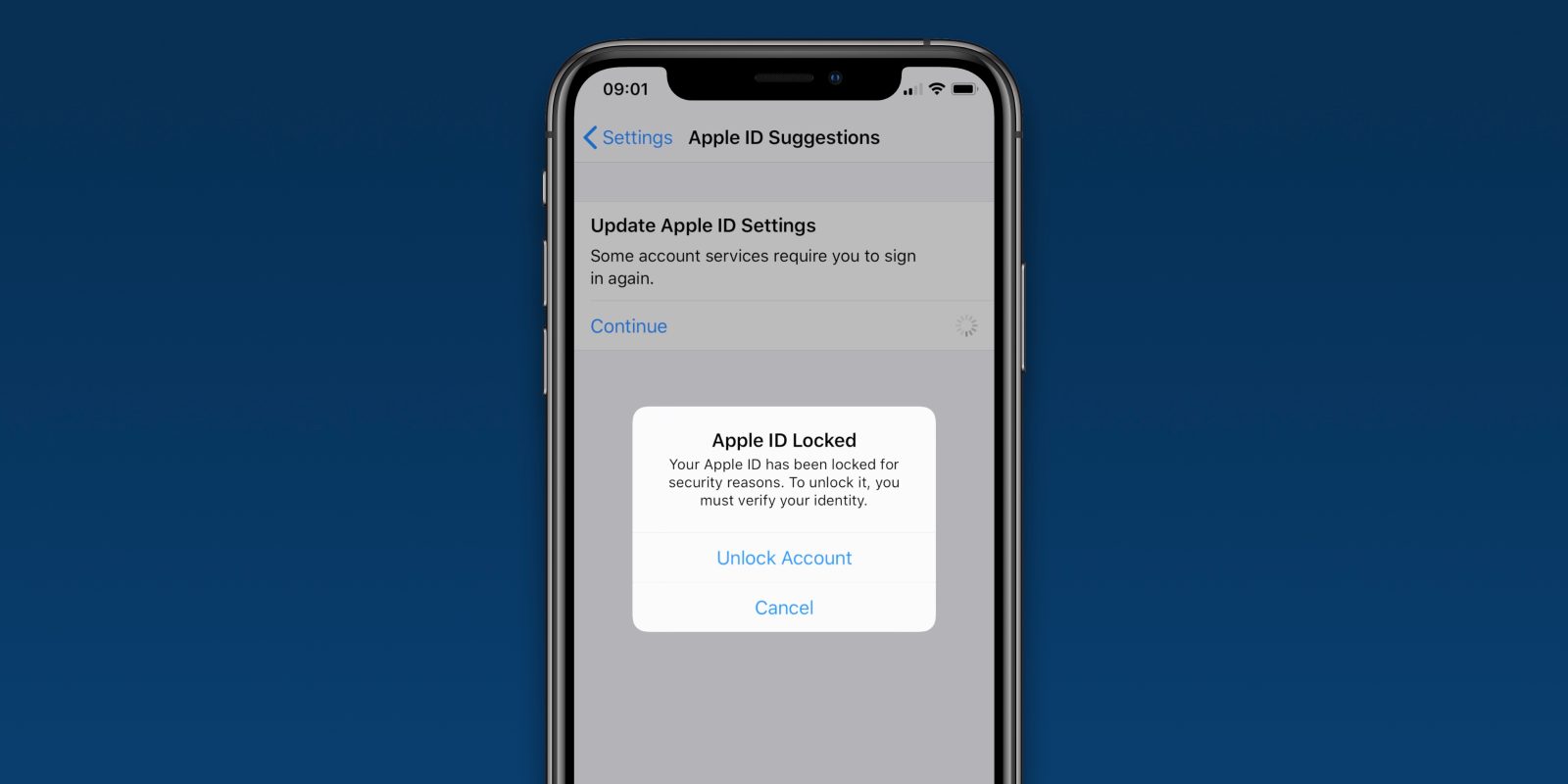 We haven’t quite yet worked out the pattern or the cause but we have received many reports of users waking up to find that their Apple ID has been locked, and plenty more are complaining on social media. Apple will lock accounts for many different reasons, usually when someone attempts to access an ID by entering their incorrect password too many times.

Access to the account can be restored by answering the security questions and entering a trusted phone number for validation. Users may also have to reset their passwords.

You will know if your account has been locked because iOS will present an alert in settings that says some Apple ID settings must be updated. You can also lose access to services like iMessage, iCloud and Apple Music if you do not verify your identity.

Typically, the ‘Update Apple ID Settings’ screen simply requires the user to re-enter their password to refresh credentials stored on the device, but many are seeing that their accounts have actually been frozen.

It is possible that some unscrupulous group is attempting to mass brute-force hack a lot of Apple IDs, causing this wave of password resets to happen all at once. It may also be a bug on Apple’s part.

Some of the people affected noted that they have been receiving repeated requests to log in since setting up a new iOS device. This issue could be causing Apple ID locks if the heuristics are a bit wonky.

It’s not clear how many people are affected, but complaints on social media indicate it is more widespread than a few spurious reports. We are trying to find out more and will update if we have additional information to share. Apple is yet to comment on the matter.