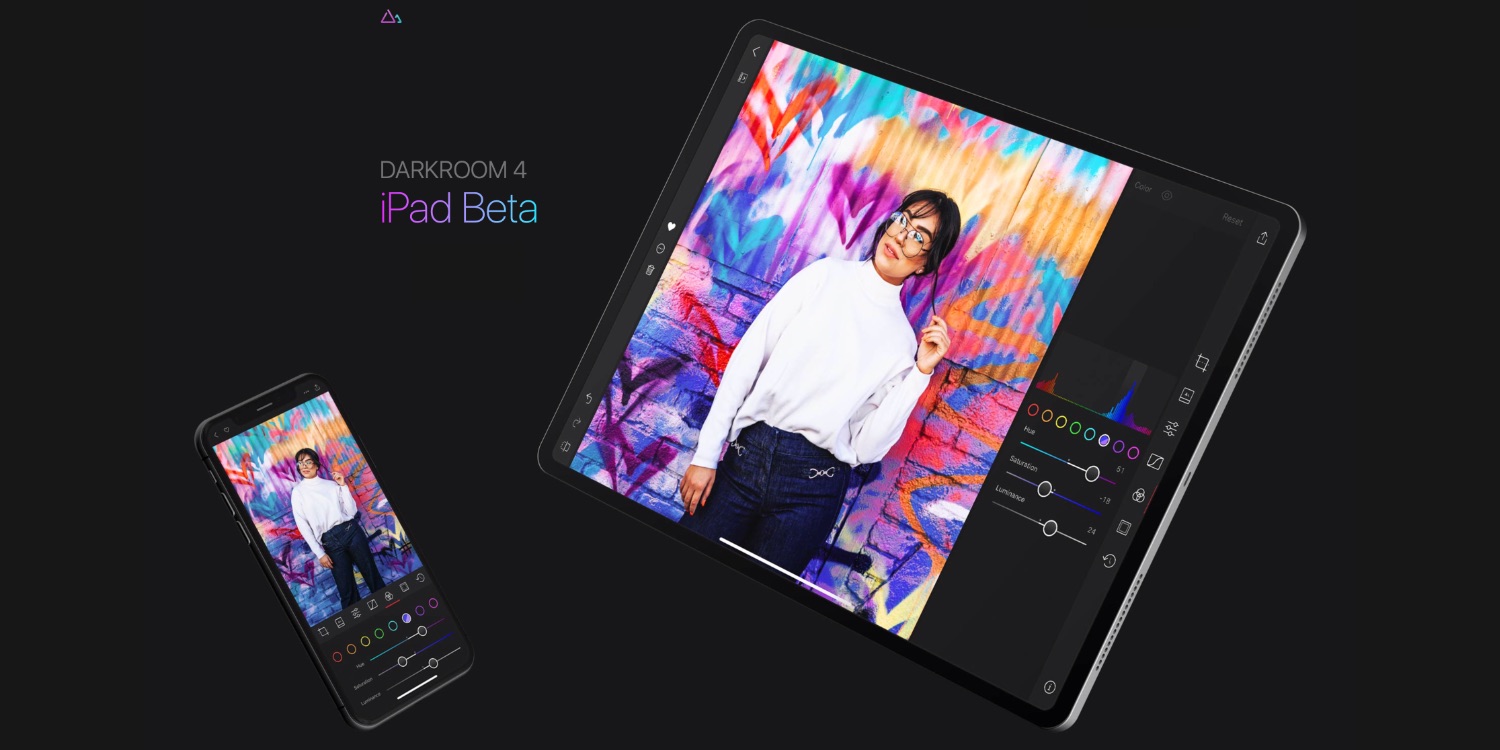 The awesome iPhone photo editor Darkroom is coming to the iPad soon, and today we’re seeing a sneak peek of what to expect from Darkroom for iPad. Darkroom 4 is also looking for beta testers to put the app through its paces before release.

Darkroom describes the upcoming version 4 release for iPad as “desktop-class without the desktop” in its announcement:

“Oh Wow!” — that was our first reaction when we tried the new Darkroom on iPad. We think you will agree, join Testflight and try the beta! The much bigger screen, the exposition of previously hidden and secondary tools, the performance and smoothness. iPad showcases the true power of Darkroom in a radically new, yet completely familiar way.

The teaser page for Darkroom 4 shows off the new version on both iPhone and now iPad with three feature highlights designed for the big screen: multitasking with Split View, keyboard shortcut support, and a new landscape photo strip picker. Darkroom 4 also promises “tons of tool improvements” which should pop up on both the new iPad version and the iPhone app.

Darkroom is sharing the new iPad version of the app with a small group of testers ahead of time to help improve the release before launch too. Darkroom users interested in testing the new release can apply for the TestFlight beta, although the test pool will be limited to a few hundred testers to start. Darkroom says the app is still very much in beta at this point:

We know a lot of people want to try this out, but please be aware, this is a _beta_, and not in the cute Gmail-is-in-beta kind of way. If you don’t like seeing bugs, don’t sign up.

At any rate, it looks like iPad photo editors will soon have another great option on the market soon. Darkroom is streamlined for touching up photos and strikes a nice balance between powerful tools and usable features that makes it very approachable. Check out Darkroom on the iPhone while you wait for the upcoming iPad release.