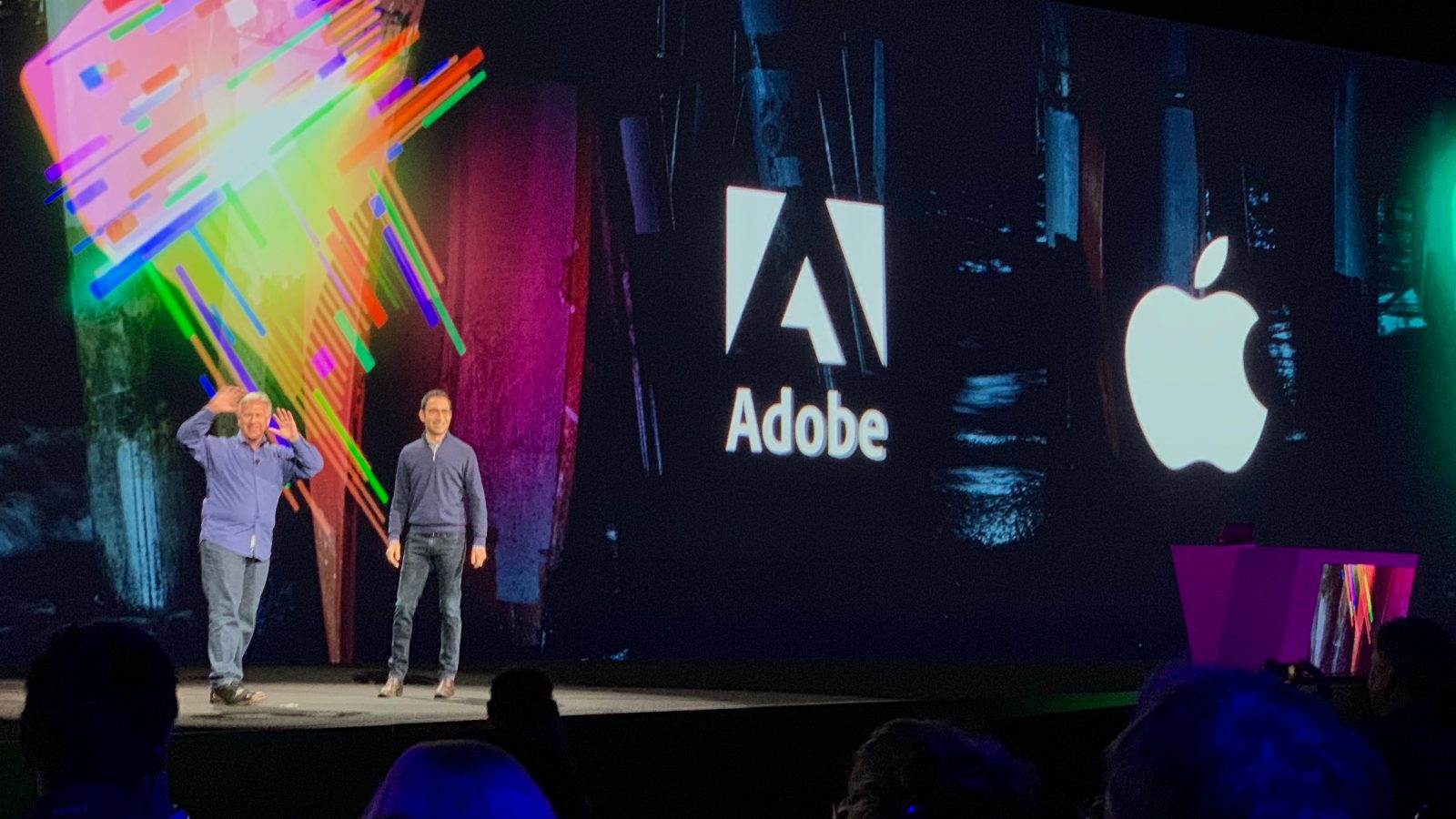 In conjunction with the announcement of Photoshop for iPad, Apple’s SVP of Worldwide Marketing Phil Schiller made a surprise appearance at this morning’s Adobe MAX keynote in Los Angeles. Speaking with Adobe’s Scott Belsky, Schiller expressed his support for the upcoming release of Photoshop as well as Adobe’s continued commitment to augmented reality.

Attesting to the close collaboration required to bring Photoshop from the desktop to a multi-touch device like the iPad, Schiller noted that Apple and Adobe’s relationship goes back decades. As the iPad becomes more powerful, it is increasingly important to creative workflows. Apple’s A-Series chips, recent GPUs, and innovations like the ProMotion Retina display were noted as critical features for pros. “Adobe has understood the potential of the iPad from the beginning,” Schiller said.

Adobe also previewed more of their work in augmented reality today. Project Aero, a tool for creating AR experiences, was first announced in June at Apple’s WWDC. Schiller reiterated how important AR is to Apple, and how happy he was to see that Adobe was the first to support the new USDZ file format. In coming years, AR experiences will be some of the most exciting things to come for creatives, Schiller added.

When questioned by Belsky about the role of a creative professional at Apple today, Schiller said creativity has been the foundation of Apple from the very beginning. While the company’s dedication to creativity and the arts hasn’t changed, the technology has, he added. “We never envisioned this would happen,” said Schiller in reference to Photoshop on the iPad.

Before leaving the stage, Adobe gifted Schiller with a custom Adobe MAX jacket with the text “Content-Aware Phil” stitched on the back, a comical reference to the Photoshop feature that shares a phonetic name. 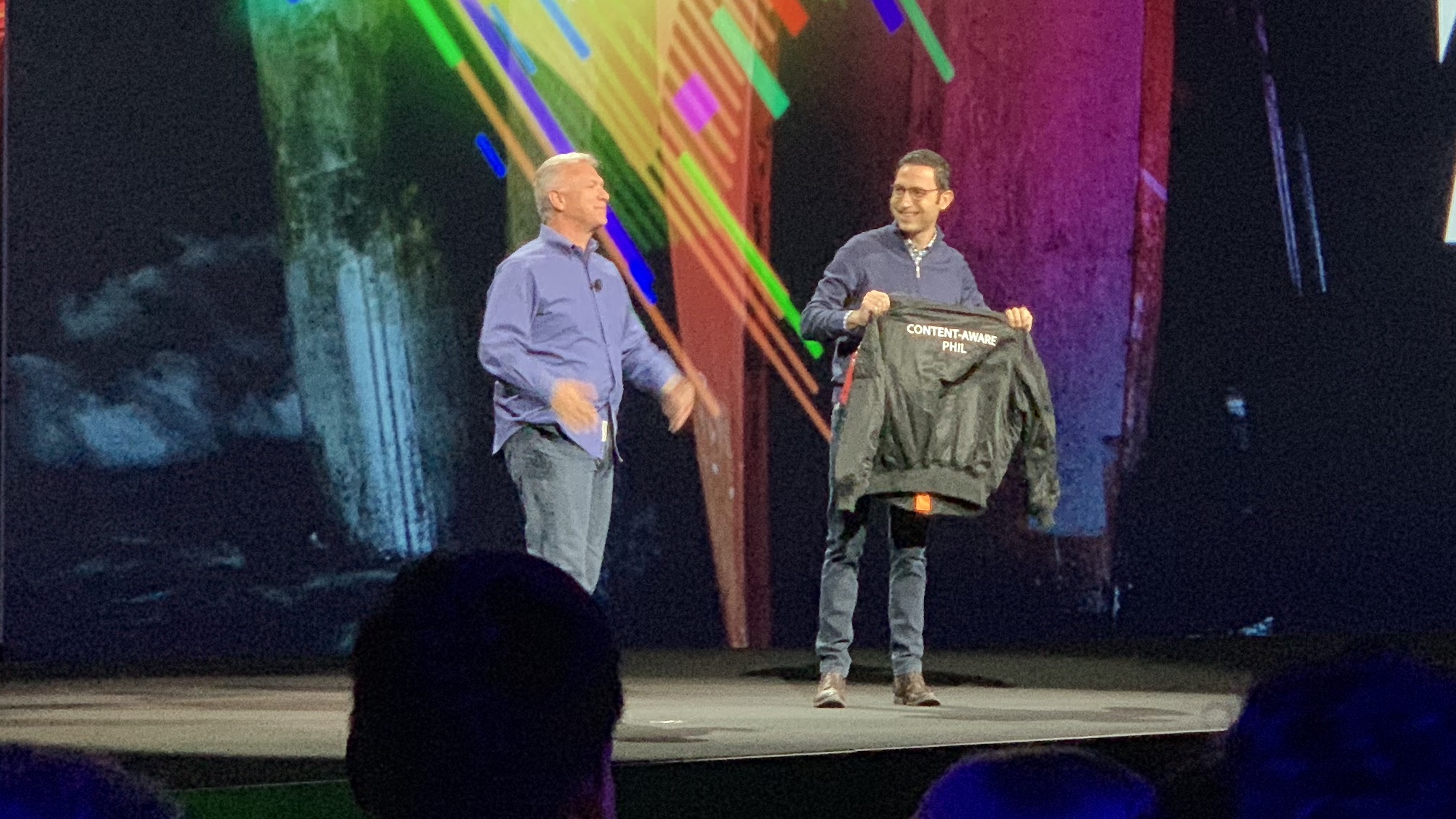