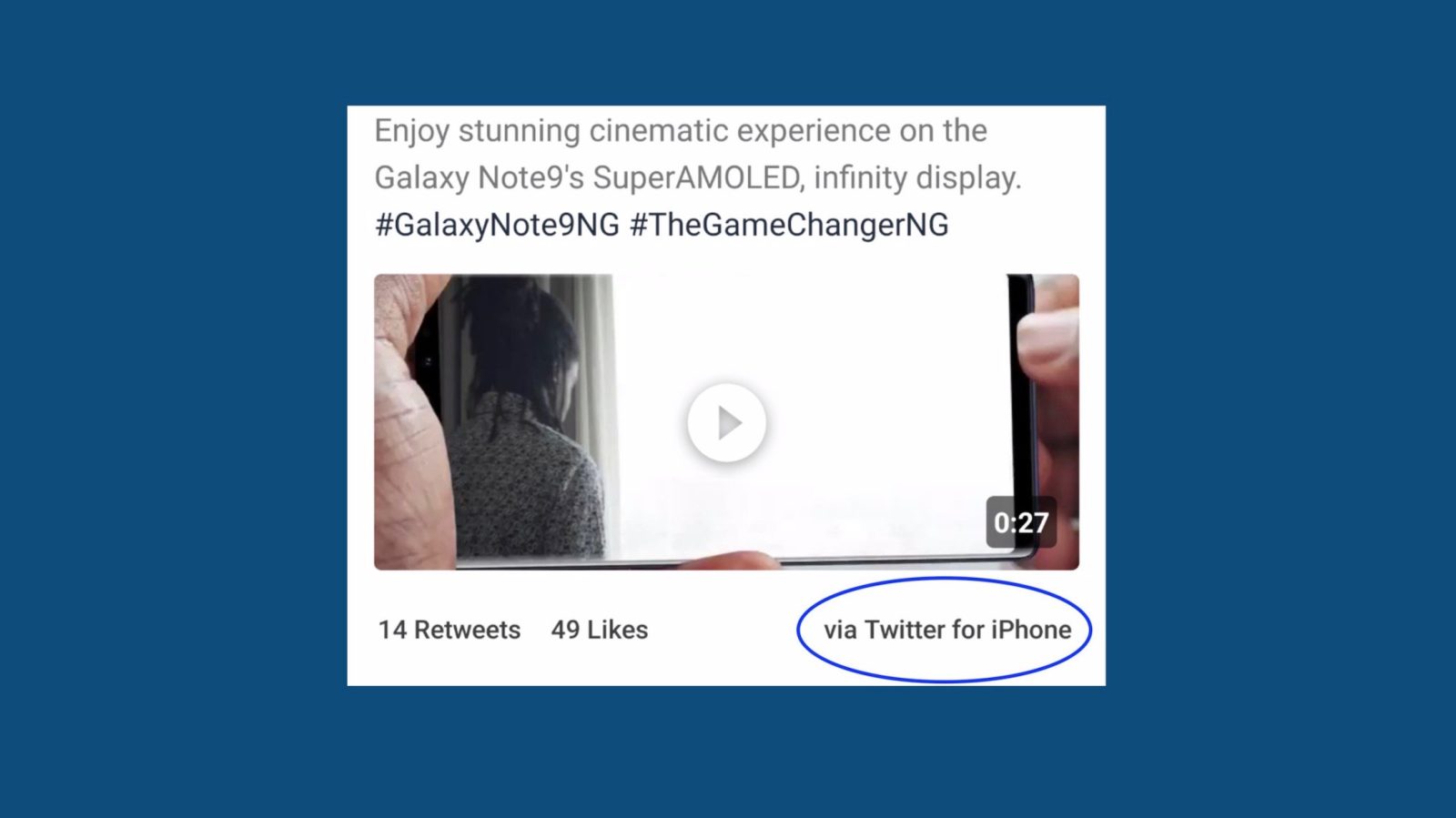 This weekend we have the latest case of a company tweeting advertisements for its products from an iPhone. This time, Samsung tweeted a promotion for the Galaxy Note 9 from “Twitter for iPhone.”

Since MKBHD spotted the tweet, Samsung has not only deleted the tweet itself, but also the entire Samsung Nigeria account. It was previously housed at @SamsungMobileNG, but now that account is nowhere to be found.

It seems as if the Nigerian Samsung account isn’t the only one to have made this mistake. The Saudi Samsung account shared a similar tweet earlier this month, also sent from Twitter for iPhone.

Also of note…the iPhone XS Max’s 6.5-inch OLED display has generally been regarded as better than the Galaxy Note 9’s panel, making this tweet all the more awkward.

This certainly isn’t the first time a person or company has tweeted praise for an iPhone competitor while tweeting from iPhone. Most recently, Wonder Woman star Gal Gadot tweeted praise for the Huawei Mate 10 from Twitter for iPhone.

A few years back, LG poked fun at the iPhone 6’s ‘Bendgate’ debacle from an iPhone. In 2016, Donald Trump called for a boycott on Apple while tweeting from his iPhone. Accidents happen, but these ‘via Twitter for iPhone’ gaffes are always humorous.

Well that's one way of dealing with it 😭 pic.twitter.com/9rDrqMwqlm