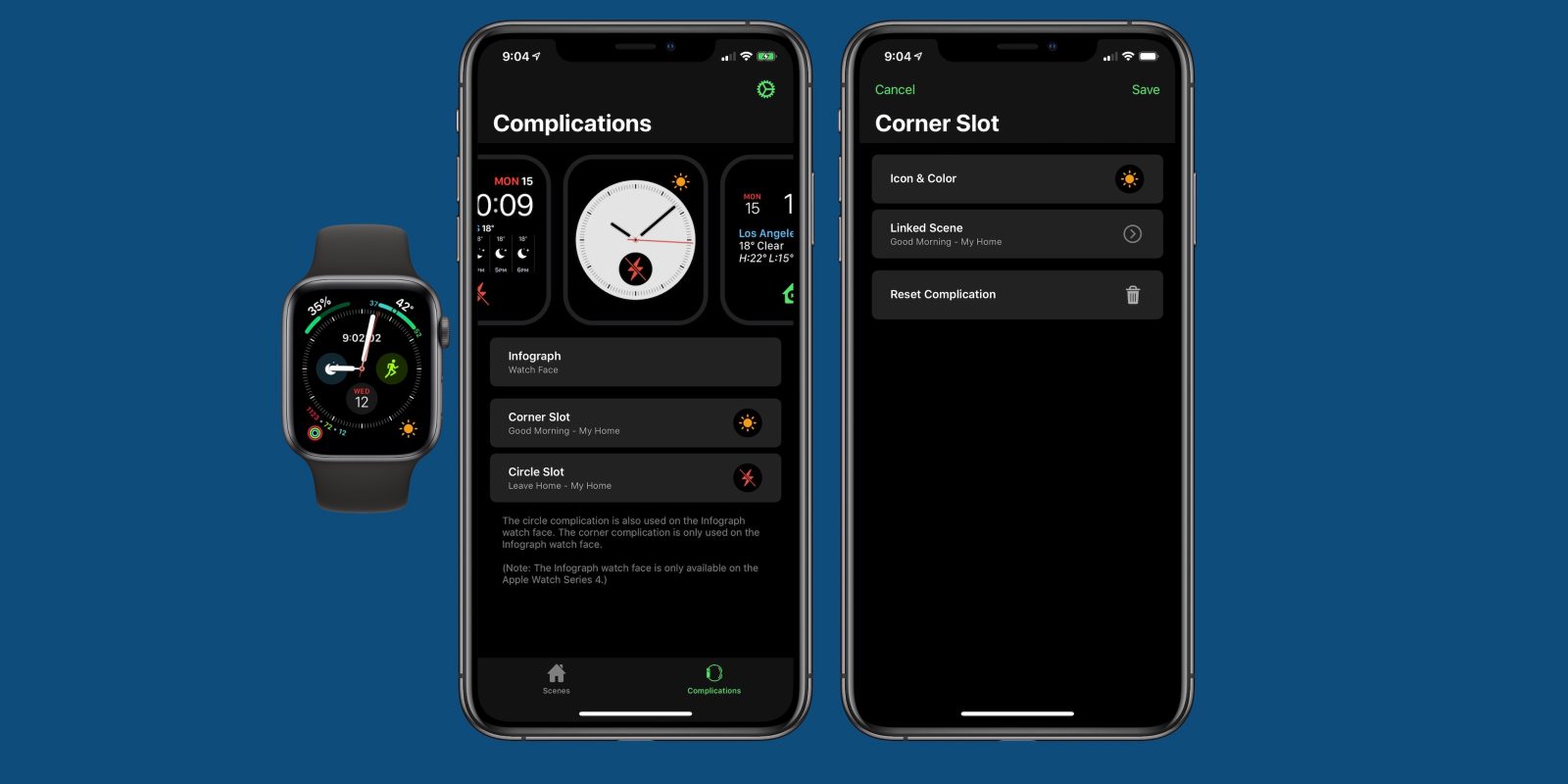 Last month, we took a look at HomeRun, a new Apple Watch app from indie developer Aaron Pearce. HomeRun makes it incredibly easy to run HomeKit scenes from the Apple Watch, and today the app has been updated with support creating custom complications.

The premise of HomeRun is that it makes launching HomeKit scenes from Apple Watch incredibly easy and straightforward. Today’s update adds a new layer of customization to that.

In the HomeRun app on iPhone, the “Complications” tab now offers broad support for customizing the complication that appears on your watch face. In the initial version of HomeRun, complications could immediately trigger scenes, but they were limited in customization as they only displayed the HomeRun logo.

Today’s update to HomeRun lets you customize those complications. For instance, on the Infograph face, you can now design your “good morning” scene complication with an orange hue and a sun glyph. This makes it easy to see which scene you’re launching from the complication. There is an assortment of glyphs and color choices available to choose from.

Create custom complications to control your Home directly from your watch face. Select colors and icons to represent the scene that you are controlling in the complication.

For more details on HomeRun, read our full hands-on and review here. HomeRun is a $2.99 download from the App Store.