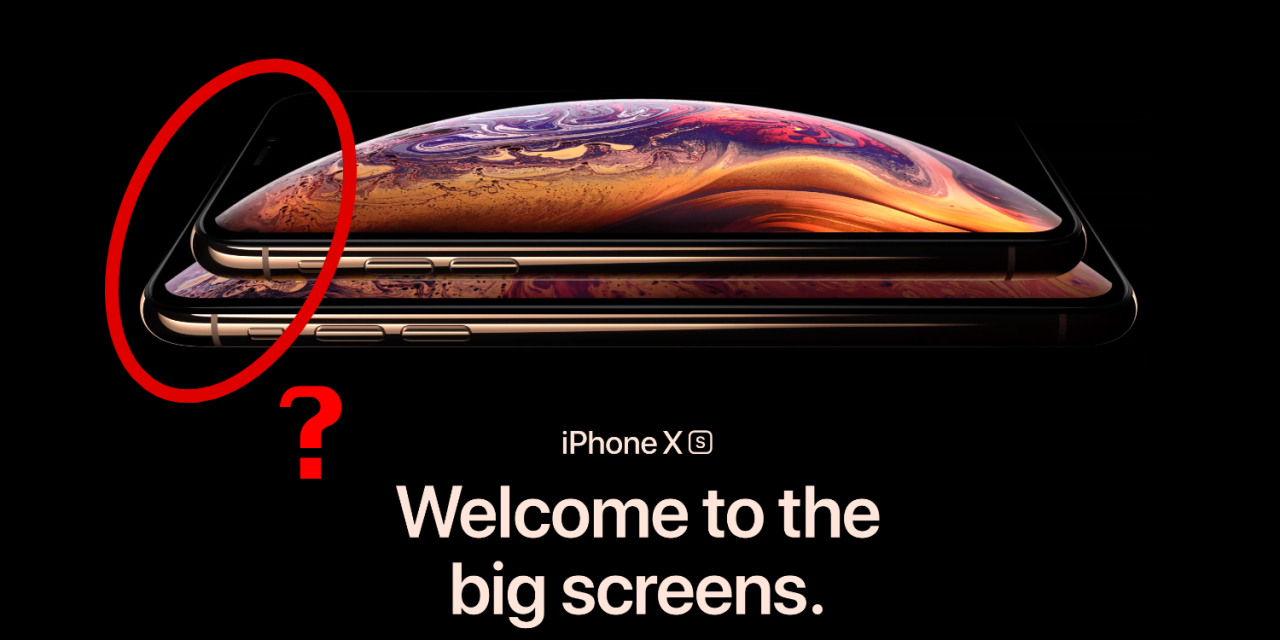 A lawsuit has been filed against Apple this week by a man and women claiming prominent iPhone XS and iPhone XS marketing photos on Apple.com are overly deceptive in hiding the notch. The lawyer for the plaintiffs claims they pre-ordered an iPhone XS Max unaware there would be any “missing pixels,” bezel or notch of any sort.

In the 55-page lawsuit posted to Scribd (via Business Insider), the plaintiffs take particular issue with how marketing material promotes a “false pixel count” thanks to the notch and rounded corners exclusive to the XS and XS Max. In turn, this cuts out valuable screen real estate.

The lawsuit specifically takes issue with the pixel count and resolution of the iPhone XS and iPhone XS Max. An excerpt from the suit can be read below.

Defendant’s website is designed to encourage comparisons between the Products and Defendant’s other phones. These comparisons are misleading because the Products have false screen pixel counts that dramatically overrepresent the number of subpixels in the phones
…
The iPhone X Product is advertised as having 2436×1125 pixels, but in fact does not use true pixels with red, green, and blue subpixels in each pixel. Instead, the Product has only false screen pixels, with just two subpixels per false pixel (2436×1125×2 = 5,481,000 subpixels), and it does not actually have any subpixels at all in the notch at the top of the screen or in the display-area corners. In contrast, the iPhone 8 Plus has a higher quality screen than the Product, with more subpixels than the Product (1920×1080 pixels×3 subpixels per pixel = 6,220,800 subpixels). In contrast to the Product, the iPhone 8 Plus does not have a notch at the top of the screen or rounded corners of the display area.

The lawsuit further calls out the iPhone 8 Plus as being a superior device as compared to “cheaper phones” and the iPhone XS.

Consumers, including Plaintiffs Davis and Sponchiado, relied on Defendant’s [Apple] marketing campaign depicting the Products as having superior screens than cheaper phones, including the iPhone 8 Plus, which has genuine pixels on its screen, a larger rectangular surface area than the Products, and is sold for less than the price of the Products

Filed in the Northern District of California, the suit is pending class-action status, and while it remains to be seen whether anything comes to fruition or not, it doesn’t feel surprising to see Apple hit with a lawsuit over some recent marketing. The company was immediately hit with criticism on Twitter back in September when the marketing images we exclusively leaked of the iPhone XS showed the deceptive wallpaper.

Clever Apple hiding the notch on the more expensive iPhone (left) by strategic positioning of the wallpaper artwork pic.twitter.com/P7dX7G8YcD

The notch… It's still there

I love that the new iPhone X comes with graphics that trick you into forgetting all about the annoying missing pixels in the camera notch. #AppleEvent pic.twitter.com/pY5f9jxtI6

Lawsuits against Apple are rather common, as you would expect. In January, we tracked over 30 suits filed against the company over battery throttling in older iPhone models. How do you feel about this lawsuit? Do you feel there’s any validity to the claims made here, or just someone looking for a payday? Let us know in the comments below!