Apple patent describes both Face ID and Touch ID on the same iPhone; Face ID on an Apple Watch 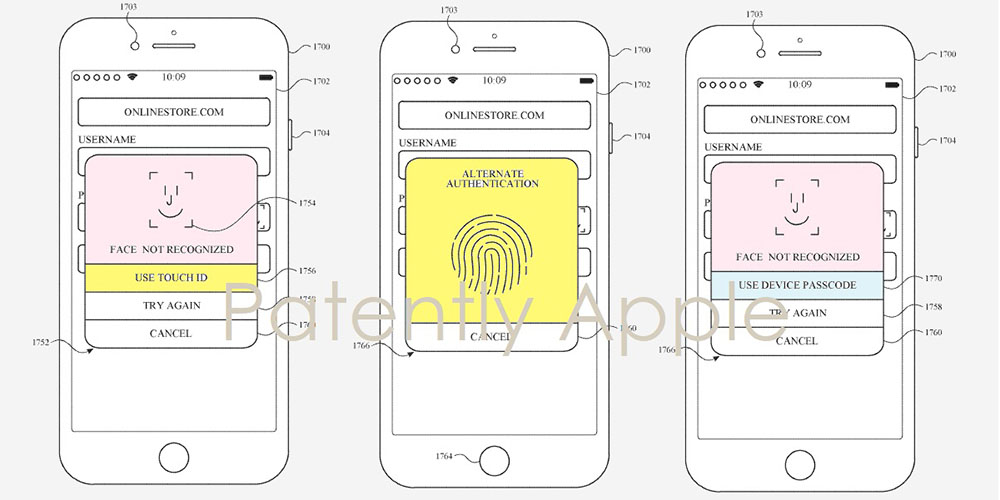 While everyone I know who owns an iPhone or iPad with Face ID would never want to go back to Touch ID, the older technology does have its fans. An Apple patent raises a slim possibility of a future iPhone combining both forms of biometric authentication tech …

The patent, spotted by Patently Apple, starts out by describing the problems with 2D face-recognition systems, which have a high rejection rate when implemented properly.

Techniques for implementing biometric authentication using electronic devices are generally cumbersome. For example, some existing techniques, such as those directed to facial recognition, require a user to almost perfectly align a biometric feature in a same manner during both enrollment and each iteration of authentication.

This is the reason Apple opted for its TrueDepth camera system, to instead use 3D imaging for Face ID.

However, part of the patent does raise the possibility of both Face ID and Touch ID being included in the same device, with the above image showing the device trying Face ID first, failing and then offering Touch ID as a fallback. Passcode fallback is also shown.

The illustrations show a phone with a hardware Touch ID sensor, but Apple often uses old-fashioned diagrams to illustrate principles. If Apple ever did offer an iPhone with both authentication methods, it would almost certainly be with Touch ID embedded into the display.

The patent also mentions face recognition as a technology that could be used with smartwatches. Current-generation Apple Watches of course lack any kind of camera, let alone the TrueDepth system needed for Face ID.

We wouldn’t recommend reading too much into the patent. As we always caution, Apple patents way more things than it ever uses, and it also has a habit of using the broadest possible language in its applications, to cover all the bases. This is the most likely explanation for referencing Face ID in respect of smartwatches.

But technology does move on. We’ve already seen fingerprint sensors embedded in the displays of Android phones, meaning that it’s already technically possible to combine some version of Face ID and Touch ID in an iPhone. And at some point it will be possible to sit cameras beneath a working part of the display (rather than the ‘hole in the display’ approach being taken by some Android devices). At that stage, embedding Face ID into an Apple Watch would be a perfectly feasible option too.