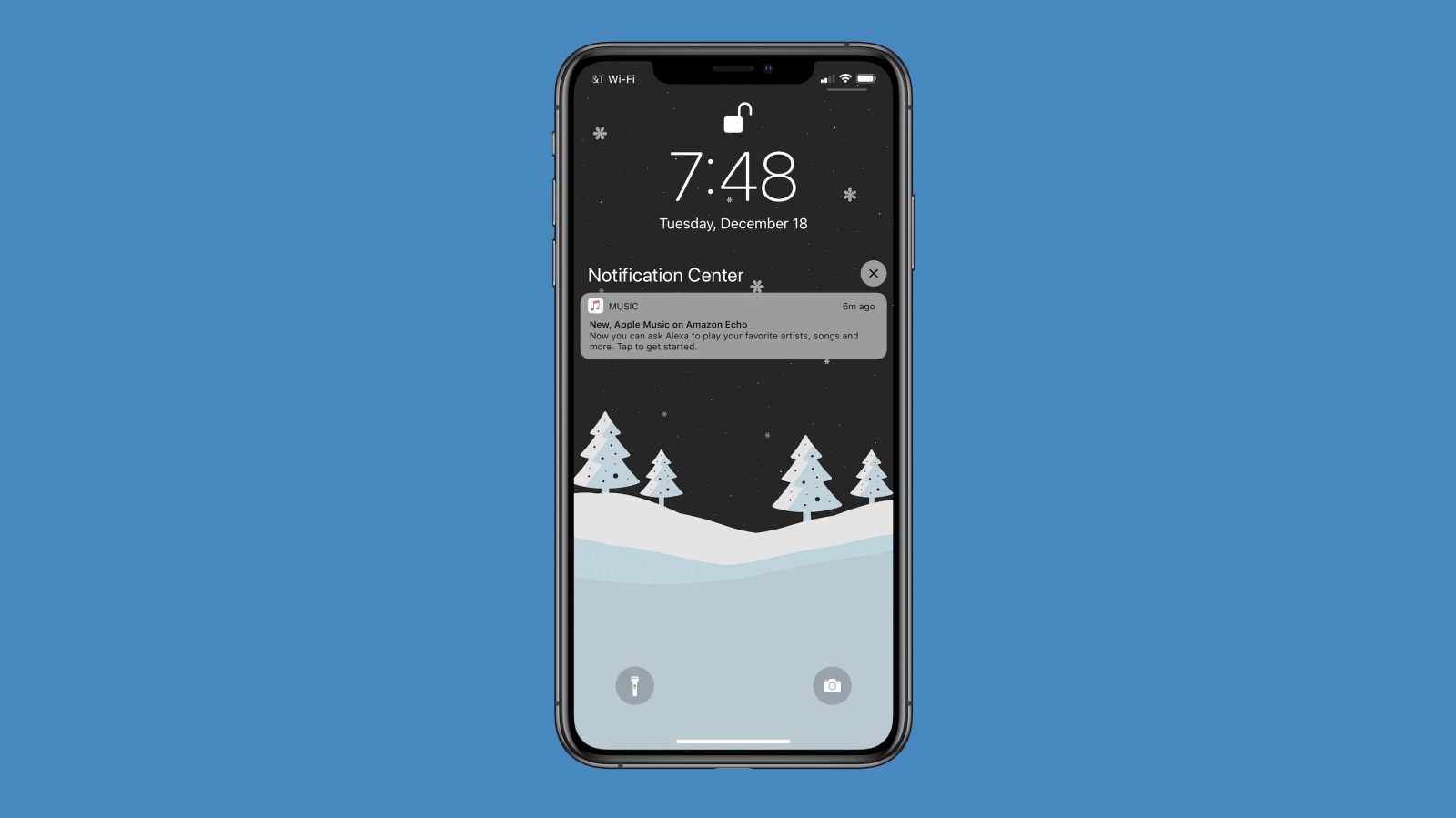 In the last month, Apple has sent a flurry of push notifications to iOS users ranging from iPhone XR promotions to HomePod promotions, Carpool Karaoke episode releases, and more.

Last week, users flocked to Twitter to complain that they received a push notification from the TV application on iOS about an “All-new CarPool Karaoke” episode with Kendall Jenner and Hailey Bieber. The notification was sent shortly after the episode’s premier and acting on it launched the TV app for viewing it.

This isn’t the first Carpool Karaoke notification Apple has sent, but it is rare for a single episode to warrant a notification from Apple.

Last week, Apple launched a HomePod promotion for Apple Music subscribers, offering $50 off one HomePod. Apple sent a notification through the Apple Music app offering users this promo. Acting on the notification allowed users to place their HomePod order at the discounted price.

In select markets, Apple this week sent users a push notification via the App Store informing them that they could receive a 10 percent bonus when adding funds to their App Store account. While this promotion is available to everyone, it’s unclear what the criteria is for the push notification.

Humorously, Apple regularly touts that Apple Music has “zero ads,” though one might consider this notification an ad in and of itself.

What’s interesting about Apple’s choice of push notifications is whether or not they are “targeted” in anyway. For instance, it’s clear why almost everyone received the Kendall Jenner Carpool Karaoke alert, even if they had expressed no interest in the Carpool Karaoke series.

In the case of the Apple Music + Amazon Echo notification, it’s unclear how Apple would target users. Apple could base it on whether or not a user has the Alexa app installed, or if they have ever installed it in the past. Alternatively, it could just be a blanket notification sent to Apple Music subscribers in the United States.

Of course, these notifications could be prevented by users going into the Settings app on iOS and disabling notifications for the apps in questions. This presents its own set of problems, however, as each app only offers a certain level of notification granularity. Further, the Apple Music app doesn’t even offer notification control aside from “Friend Activity” and “Artists and Shows.” It’s unclear which, if either, category the Amazon Echo notification falls into.

What do you think of Apple’s choice in push notifications? Is it something that bothers you or are you ok with it? Let us know down in the comments.

Got a phone notification telling me about the new carpool karaoke with Kendall Jenner, I don’t know why I got this since I truly don’t give a fuck

Why did Apple just send me a notification about an all new carpool karaoke, something I've never watched and have absolutely no interest in?

Why did my phone just send a notification via the TV app that a new carpool karaoke episode featuring Kendall Jenner is out??

1) I have never watched an episode of carpool karaoke
2) I give no fucks about any Kardashian or Jenner.
3) I have never used iPhone’s tv app

I just received a push notification for the offer (not an email) pic.twitter.com/L9R9M4bZNv

Hey @Apple if I ever get a notification like this again I’m switching to Samsung pic.twitter.com/mpGKYXiSka