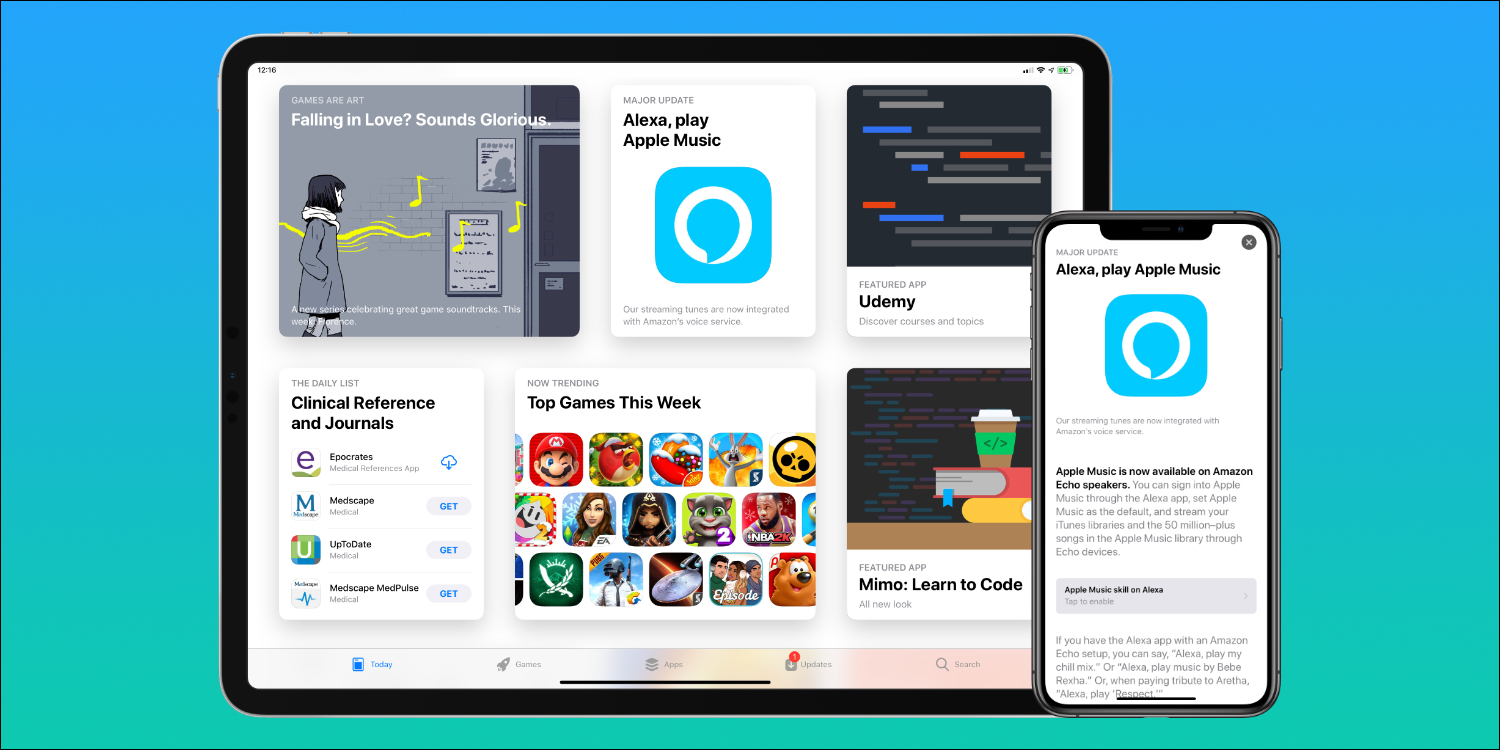 Apple certainly hasn’t gone out of its way to promote the new Apple Music integration with Amazon Echo speakers. Aside from a new support doc, Apple left promotional duties to Amazon including the initial announcement.

The App Store is promoting the Alexa app today, however, marking the closest thing to an announcement since we learned Apple Music was landing on Echo speakers.

When you view the story from iOS, you can see screenshots of how to set Apple Music as your default music service for libraries and stations using Alexa, and Apple touts that Apple Music supports streaming “your iTunes libraries and the 50 million-plus songs in the Apple Music library through Echo devices.”

As a point of clarity, the App Store story also highlights that any music in your iCloud Music Library should work with Echo, Echo Dot, Echo Show, and Echo Spot.

Individual, family and student Apple Music plans are all supported. What’s more, you can play uploaded music in your iCloud Music Library that is no in the Apple Music catalog by adding it to a playlist—Alexa will see it and handle everything from there.

I tested calling up live versions of songs that I added to iCloud Music Library using Alexa when Apple Music arrived on Echo last week with no luck. The trick appears to be the ‘adding it to a playlist’ bit that the App Store story mentions. Good to know!

Apple still needs to add Alexa to its supported devices list for Apple Music, but it’s nice to see the App Store promoting the new integration in the absence of an Apple Newsroom story or any other push.

Update 4:07 PM ET: Apple Music continues the promotional roll out with a new link for the Alexa iOS app from its features page: