Apple Fifth Avenue: When will the cube reopen? 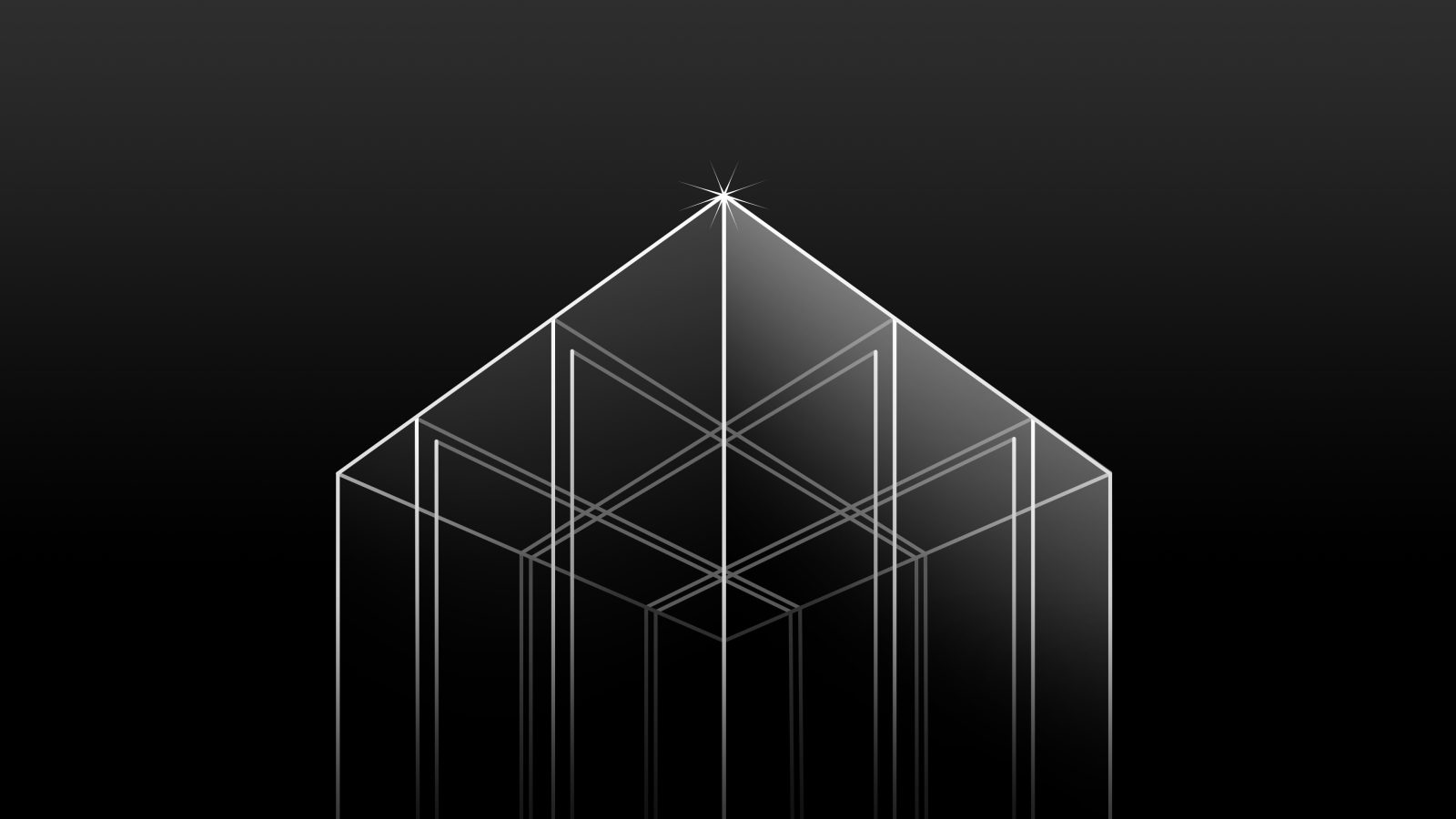 New York City’s Fifth Avenue Apple store is a landmark attraction in Manhattan. Its iconic glass cube entrance has drawn tourists from all over the world since opening in 2006. It was even ranked among the most photographed attractions in the city.

Yet the subterranean store and its popular plaza have been closed to the public for almost two years as a new and improved space is prepared. The high-profile location will certainly benefit from an expansion and redesign, but the extended duration of the closure has left excited residents and readers wondering when we can expect to see the highly anticipated store finally reopen.

Discussion of a redesign for Apple Fifth Avenue began at latest in June 2015, when retail SVP Angela Ahrendts told the Associated Press that Apple had plans to redesign 20 existing stores. In May 2016, the New York Post reported that Apple was negotiating terms of a lease to temporarily operate in the former FAO Schwarz toy store located directly behind the glass cube. Apple made its move official in early January 2017 when it announced that its flagship store would temporarily relocate next door to the General Motors Building on January 20th.

In February 2017, Boston Properties, co-owner of the General Motors Building and Apple’s plaza indicated that the store would more than double its underground footprint to 77,000 square feet. A possible architectural model of the space detailed changes in line with Apple’s modern retail strategy and Today at Apple-first design.

After the glass cube was dismantled, our next official status report came in September 2017, when Angela Ahrendts gave an update on Apple’s retail plans during the first keynote held at Steve Jobs Theater:

We’re going to continue to open Apple town squares in the top cities around the world. We’re going to invest in online, and we’re also going to continue to reinvest in our 400 classic locations, including Apple Fifth Avenue in New York City, where we’re opening up the plaza to allow natural sunlight to come in to a greatly expanded space below. And you can see, the glass cube will return when reopened late next year. 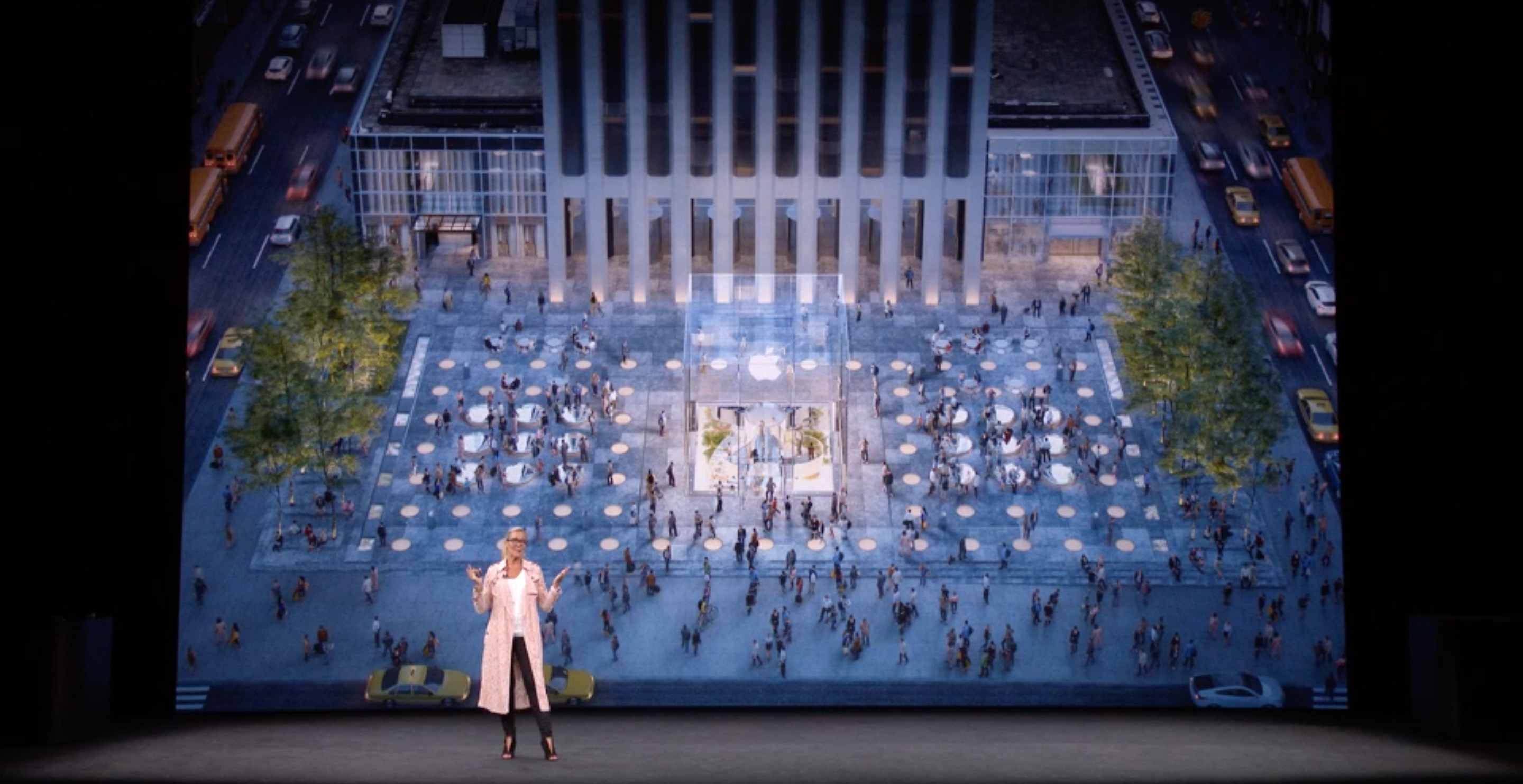 Ahrendts’ words onstage lined up with signage at the Fifth Avenue construction site listing October 31st, 2018 as an anticipated competition date. The glass cube did return this past spring, but as October and November passed without an announcement, it became clear that the project had likely fallen behind schedule. At this point, it’s essentially impossible for Apple to reopen the store before the end of the year.

Construction delays are not unprecedented, but for eager Apple fans, the reason for the delay is likely much less interesting than the actual reopening date. As of December 14th, New York City residents passing by the construction site report that much work remains to be done on the plaza surrounding the store. The cube’s Apple logo has not yet been reinstalled and Apple’s temporary store is still in service. 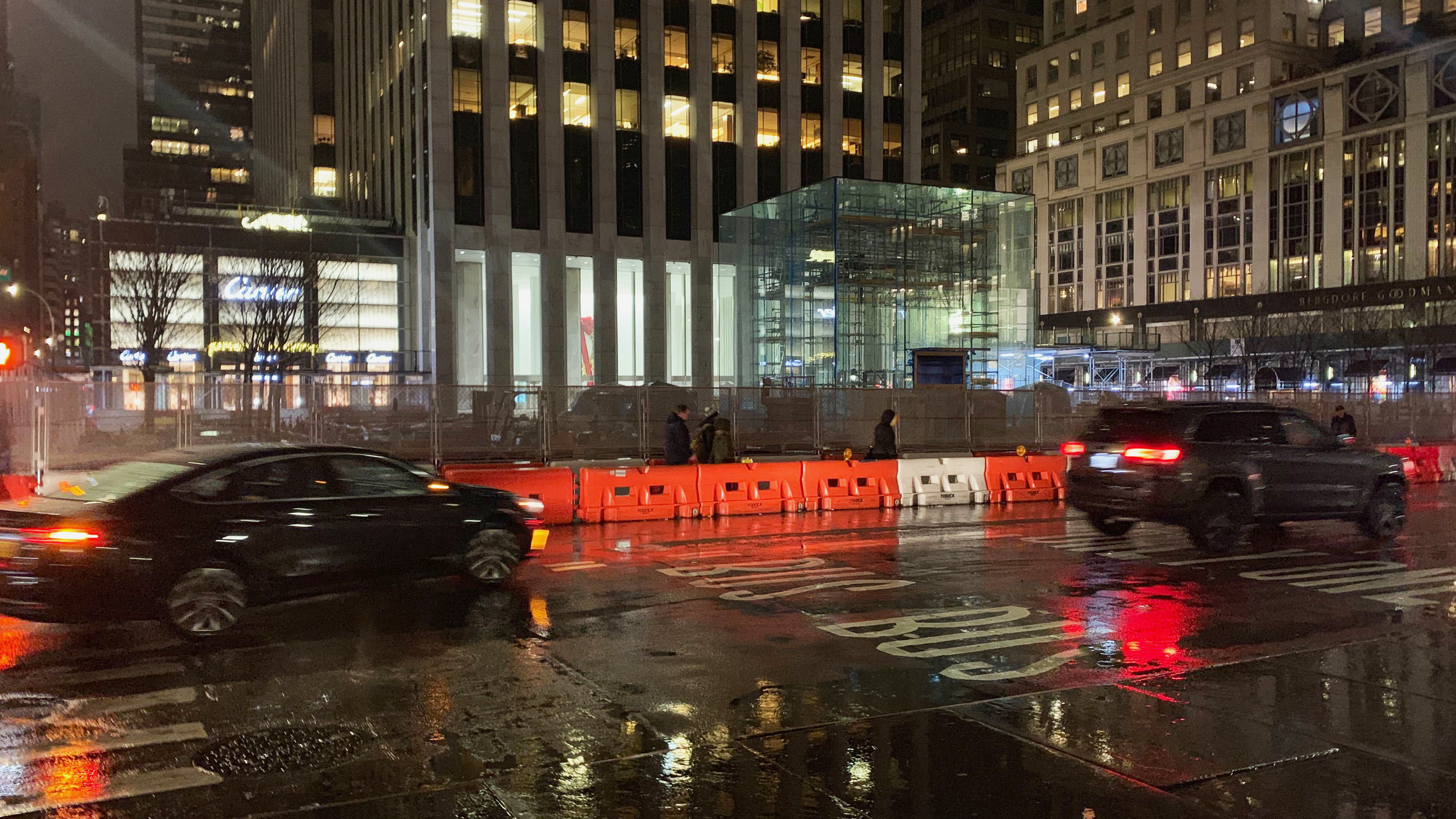 In October, Apple opened a new Beats 1 broadcasting studio in New York City. The studio is located less than three miles from Apple Fifth Avenue at Manhattan’s Union Square. A report published in April 2017 suggested that the redesigned flagship store would be home to its own Beats 1 broadcasting booth. If credible, it’s unclear if the new Manhattan studio represents a change in plans or reflects delays in construction.

Apple also held its October 2018 Special Event in New York City at the Brooklyn Academy of Music. The event began with a video expressing Apple’s fondness for New York City and later included an in-depth update on Apple retail during which Angela Ahrendts announced 60 new Today at Apple sessions and previewed new stores in Bangkok and Paris. It’s easy to imagine that Apple originally intended to announce the reopening of its Fifth Avenue store at this event. 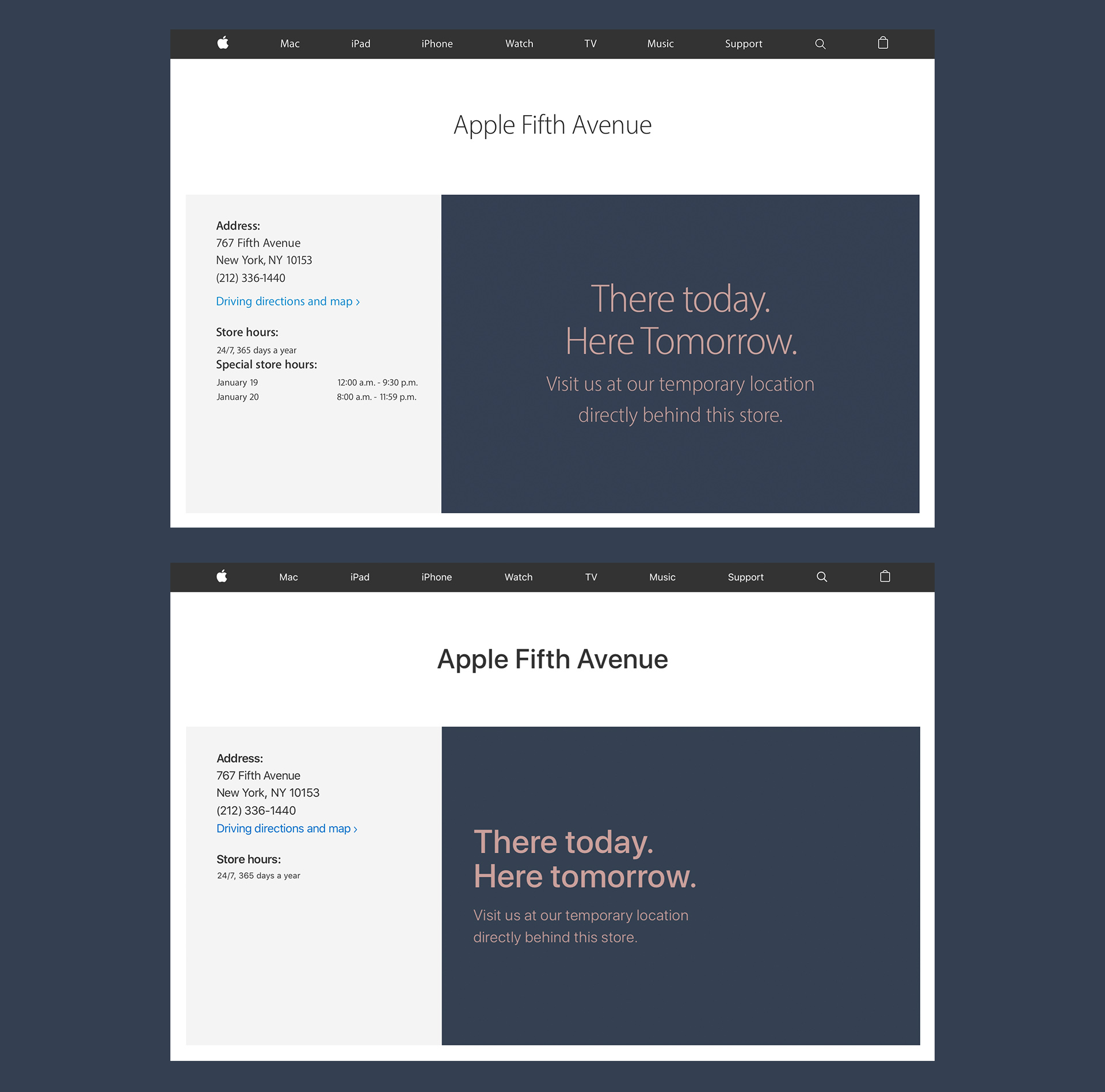 There yesterday. There today. There tomorrow. Apple Fifth Avenue’s construction predates a visual redesign of Apple.com.

Space in the General Motors building has also been shifting hands. On December 24th, luxury goods company Cartier is moving out of its own temporary store adjacent to Apple’s plaza. A real estate brochure for the space at 767 Fifth Avenue noting availability beginning January 1st, 2019 includes renderings of Apple’s future outdoor space and is worded to imply that the project is already complete.

Opposite Cartier, apparel brand Under Armour has negotiated a deal to open a flagship store after Apple vacates its temporary space. As recently as this past August, the project was still on track to open in 2019. But on December 13th, the Baltimore Business Journal reported that Under Armour’s plans were pushed back to 2021, presumably because Apple is still occupying the space. The company now expects to initially take possession of the storefront during the first half of 2020. 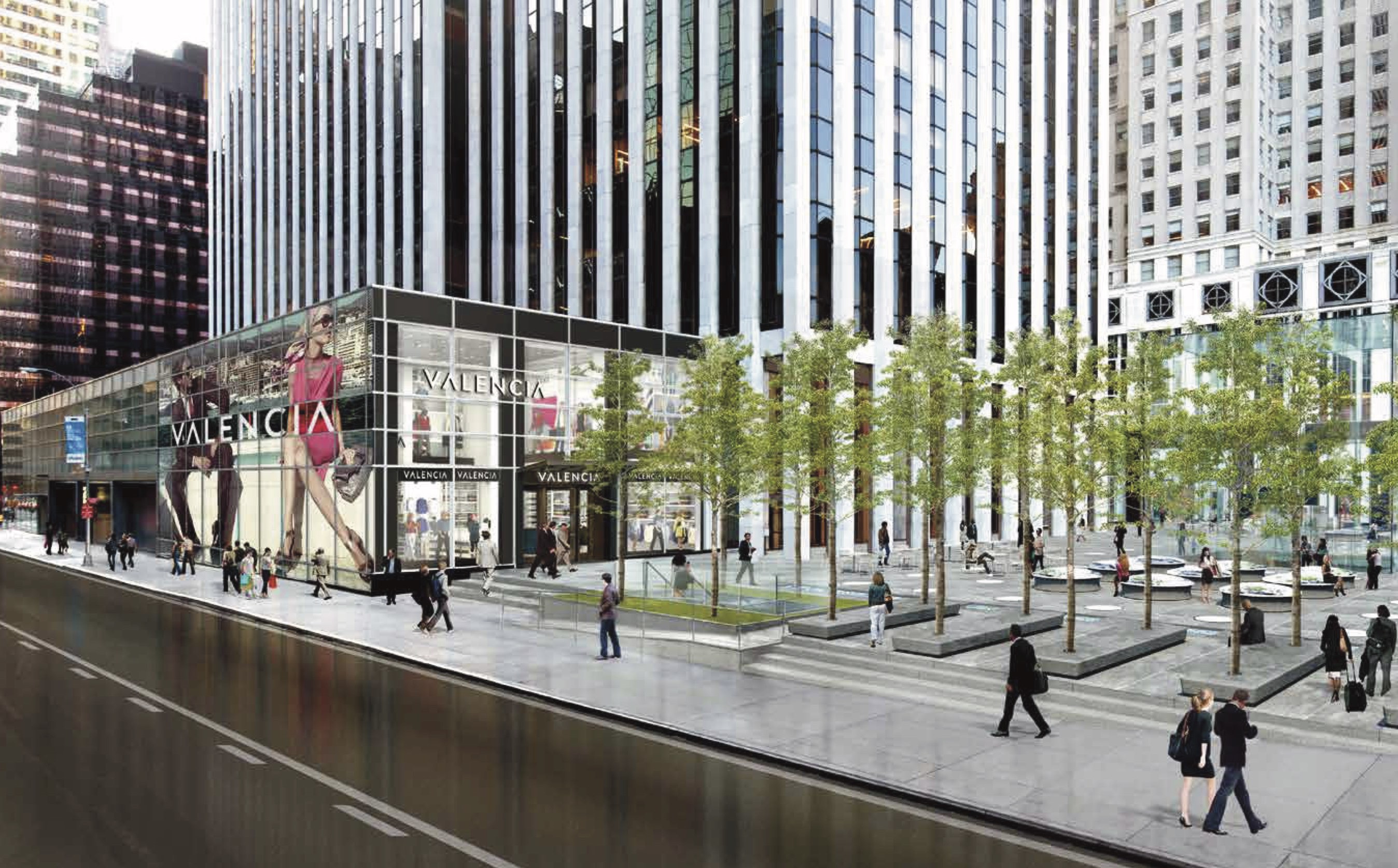 Upon request for comment on the cube’s status, Apple didn’t provide an updated timeline to share. Our clearest answer to date was given by Boston Properties CFO Michael LaBelle on the company’s October 31st Q3 2018 conference call:

We expect them [Apple] to vacate that premises sometime [in the] first quarter, early second quarter of next year and move into the new premises. But because the project has taken a little bit longer, we had revisions in the lease where we got increases in rent as the redevelopment of the existing store took longer.

Boston Properties’ timeline still provides a few months to finish construction and would allow Apple to avoid messy and cold winter weather spoiling its grand reopening and the debut of a redesigned plaza. Until then, we’ll have to wait patiently. In the meantime, you can check out our handpicked gallery of Apple’s retail holiday displays through the years, including a few scenes from Fifth Avenue. Is anyone in line yet?