Apple has promoted recent hire John Giannandrea to its executive team with a new role: senior vice president of Machine Learning and Artificial Intelligence Strategy. Giannandrea joined Apple earlier this year after leaving his role of search and AI chief at Google.

Giannandrea oversees the strategy for AI and Machine Learning across all Apple products and services, as well as the development of Core ML and Siri technologies. His team’s focus on advancing and tightly integrating machine learning into Apple products is delivering more personal, intelligent and natural interactions for customers while protecting user privacy.

“John hit the ground running at Apple and we are thrilled to have him as part of our executive team,” said Tim Cook, Apple’s CEO. “Machine learning and AI are important to Apple’s future as they are fundamentally changing the way people interact with technology, and already helping our customers live better lives. We’re fortunate to have John, a leader in the AI industry, driving our efforts in this critical area.”

Giannandrea is credited with pushing AI features through Google products including search, assistant, and Gmail prior to joining Apple in April. Giannandrea has reported directly to Tim Cook since being hired.

The move also communicates that the ex-Google hire is seemingly a good cultural fit at the company despite differences between Apple and Google’s approach to privacy — something Cook voiced to the company when Giannandrea was first hired:

“John shares our commitment to privacy and our thoughtful approach as we make computers even smarter and more personal.”

Apple’s leadership page has already been updated to reflect the change: 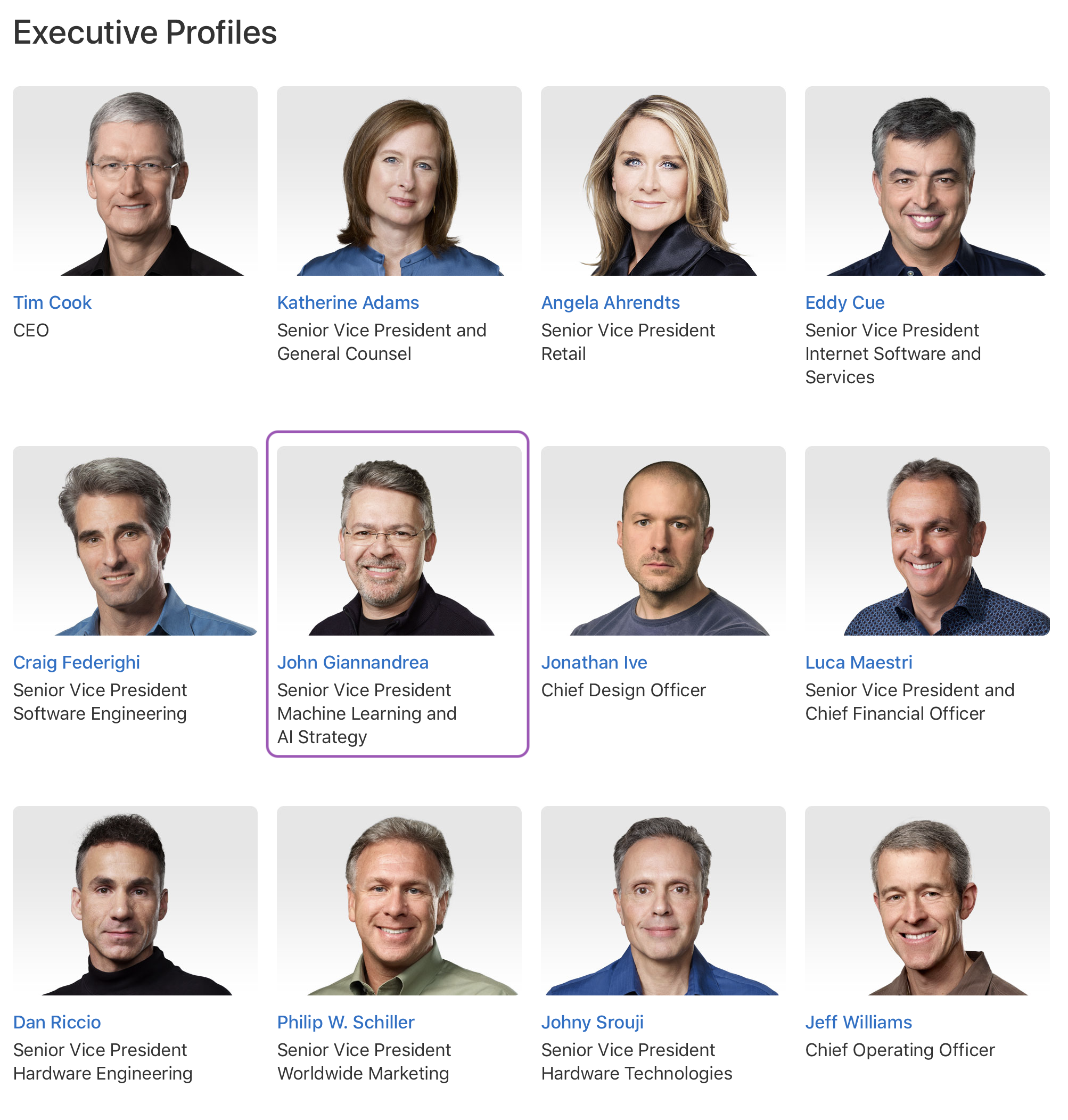