Instagram for iPhone XR and XS Max no longer optimized? Here’s why 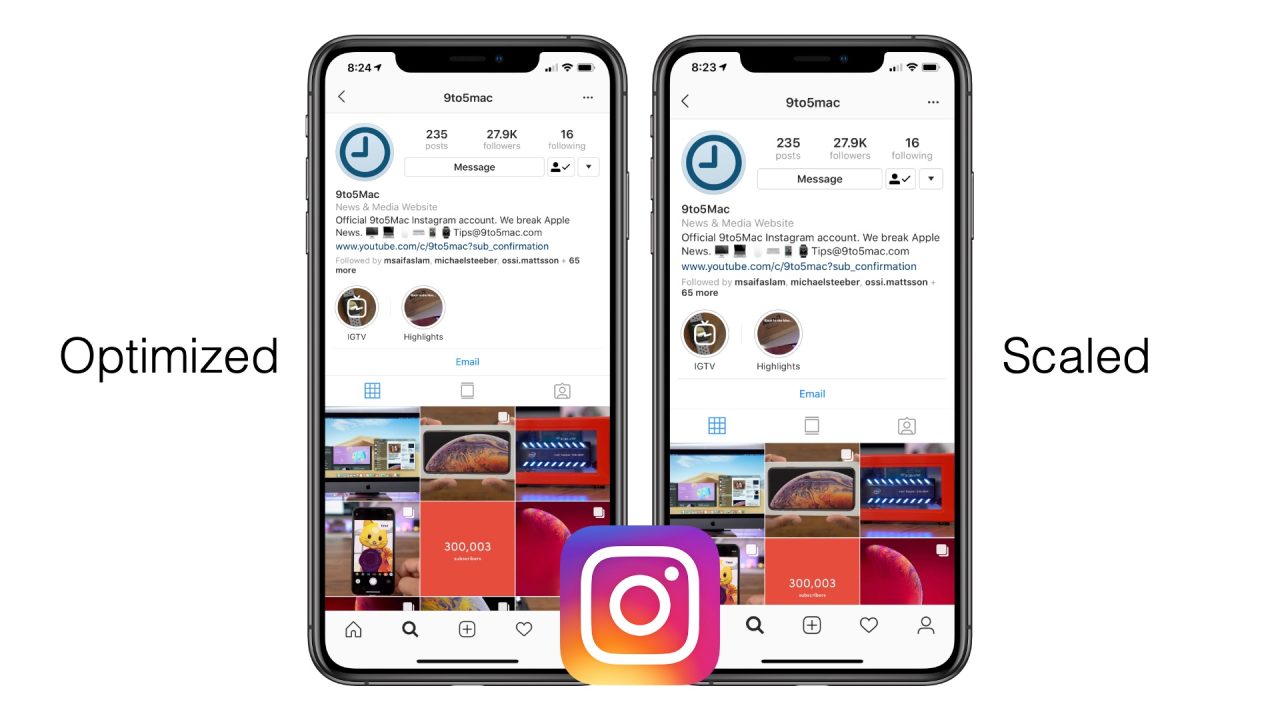 Recently, Instagram released an update to their iOS app, version 75, which broke support for the screen size of the iPhone XS Max and iPhone XR. This caused the UI and pictures to look scaled on the new devices. In a previous post about the update, we mentioned that the company might have accidentally broke support for the new devices which originally arrived in October.

We’ve now been able to confirm that this change was intentional, but here’s why it’s not Instagram’s fault…

The Facebook team responsible for Instagram had to use an older version of Xcode (Apple’s developer tool) to compile and submit the update to the App Store. For apps to work with the new screen size of the iPhone XS Max and XR, they must be compiled and submitted using Xcode 10, linking against the iOS 12 SDK.

Depending on the version of the SDK it was compiled with and the version of iOS a device is running, the compiled app can behave differently, which is the case with Instagram not supporting the new screen size on the new update.

From what we’ve been able to gather from sources, the Facebook team had to distribute the app with an older version of Xcode because of a common crash that can occur with apps compiled using the iOS 12 SDK but running on iOS 9, a system version which a large number of users of Instagram are still running.

It’s unclear when or whether this situation is going to be resolved. The Instagram team would have to either drop support for iOS 9, which would hurt a large number of users, or find a workaround for the crash, which seems unlikely given how long the bug has existed and there’s still no workaround for it. Another, better solution, would be for Apple to fix the bug, either by updating the SDK or issuing an update to iOS 9.

Either way, users of the new big iPhones may have to wait a little longer to get an updated version of Instagram with proper support for their devices, and it’s not Instagram’s fault.

Yeahhh I think it’s on purpose to fix another bug, but not good :(

looks like my @instagram has just reverted screen support for iPhone Xs MAX?? now I just have a scaled up app