HomePod glitter bomb video was partly staged – but without his knowledge, says creator 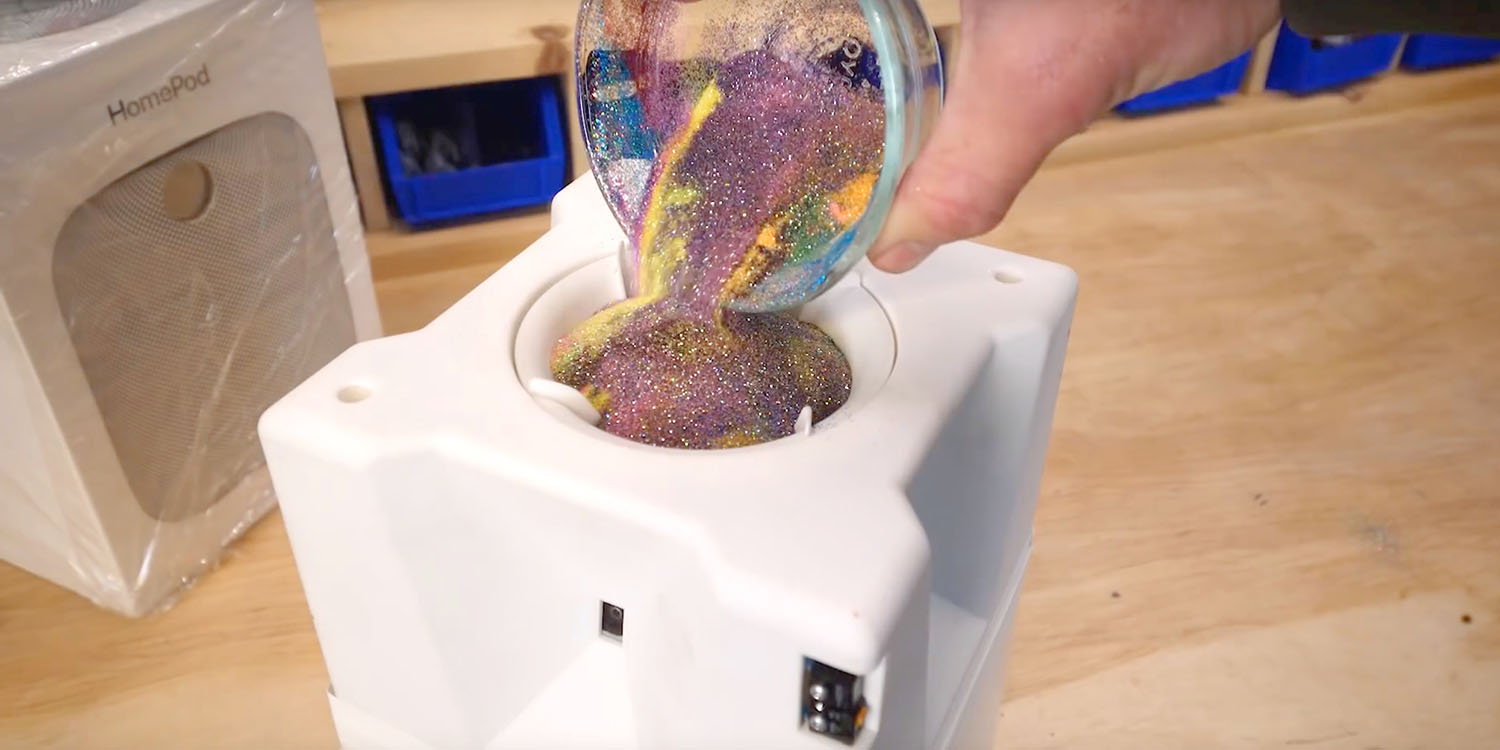 Former NASA engineer Mark Rober plotted his revenge when a package was stolen from his doorstep, using a HomePod box as bait. When a thief opened the box, they and their surroundings were covered in glitter by an ingenious spinning funnel mechanism. On-board LTE cameras captured video, and uploaded it to the cloud.

The video was watched and enjoyed by tens of millions of people.

But it wasn’t long before the Internet started to question whether the footage was genuine or staged, as Buzzfeed reports.

[Viewers] noticed some strange coincidences, like how one of the porch bandits seemed to live directly next door to Rober’s friend, Cici, and that the car used in one of the heists, a black Ford Focus with a rosary hanging on the mirror, was parked right in front of her house in Pittsburg, California.

At first, Rober’s video made it seem like people were taking the packages off porches in Illinois, but later added a disclaimer to the video that this was not his actual house.

Peter Logan emailed Buzzfeed after noticing a number of suspicious factors. Imgur and Reddit were soon on the case, and Rober edited the video to remove two of the five incidents, explaining why in a comment.

Rober issued a statement saying that those two cases were indeed staged – but says this happened without his knowledge.

I was presented with information that caused me to doubt the veracity of 2 of the 5 reactions in the video. These were reactions that were captured during a two week period while the device was at house 2 hours away from where I live.

It appears (and I’ve since confirmed) in these two cases, the “thieves” were actually acquaintances of the person helping me. From the footage I received from the phones which intentionally only record at specific times, this wasn’t clear to me. I have since removed those reactions from the original video (originally 6:26–7:59). I’m really sorry about this. Ultimately, I am responsible for the content that goes on my channel and I should have done more here.

The engineer said that he could vouch for the fact that the footage relating to the package being taken from his own doorstep on three occasions was genuine. Given that he’s been posting science-oriented videos for seven years, and is not known for prank videos, I think it’s reasonable to believe him.