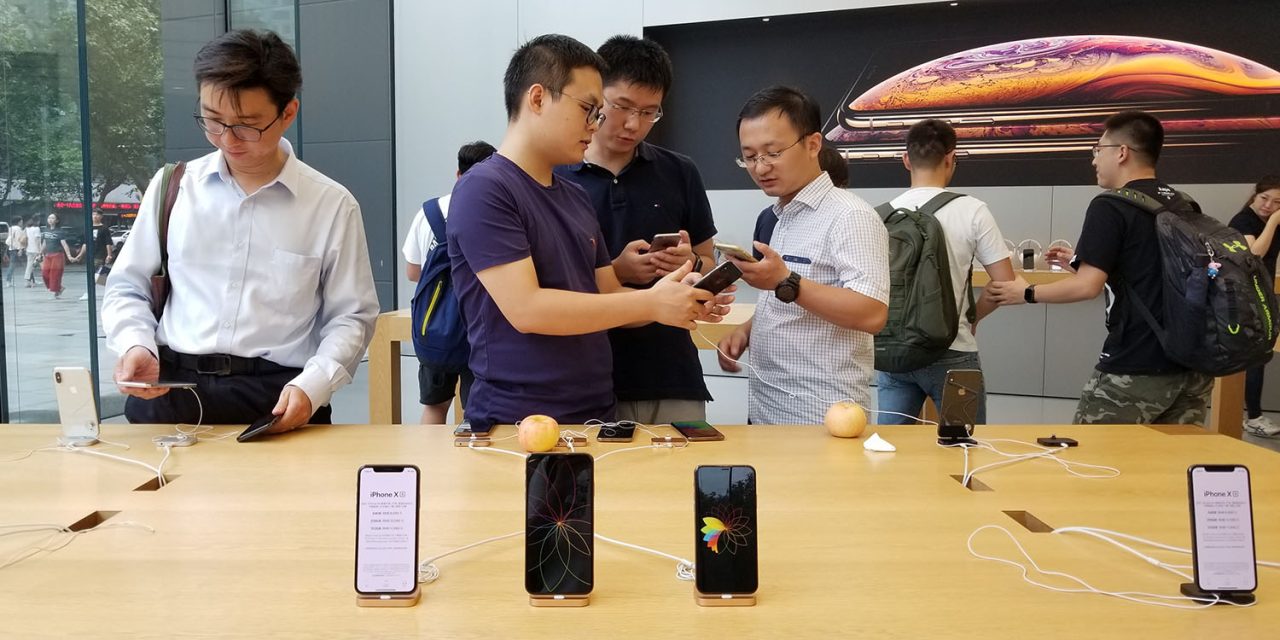 Chinese firms are rallying around Huawei after the tech giant has seen immense pressure over recent weeks, climaxing with the arrest of the company’s CFO. Chinese companies are now threatening employees by demanding they not purchase any Apple products whatsoever, going so far to withhold bonuses, garnish wages or even terminate an uncooperative employee.

A report from Nikkei Asian Review details how companies have even offered workers tremendous subsidies on Huawei purchases, with discounts ranging anywhere from 10% up to free devices.

While a free phone from Huawei sounds like a no-brainer, it seems apparent companies are having a more difficult time than anticipated switching employees from Apple to Android if termination threats and free phones are being presented as bait.

Many Chinese businesses have told employees they will receive subsidies if they buy Huawei smartphones to aid the company. Most are subsidizing 10% to 20% of the purchase price, with some even covering the full amount. Over 20 Chinese companies also took to social media to announce that they will increase purchases of other Huawei products, such as its business management system.

Some companies are taking highly aggressive action to convert employees, while others are taking a more laid back approach. Chinese firm Shanghai Youluoke Electronic and Technology is offering up to two free Huawei phones per employee, while Shenzhen Yidaheng Technology is taking 18% off phones from Huawei or ZTE. Another company, Fuchun Technology, is flat-out paying employees up to 500 yuan (around $72.50) after providing proof of purchase.

Perhaps the sweetest deal comes by way of a Henan Province brewer, who is offering free alcohol in the amount of 30% of the Huawei device sale price to both employees and customers who present a receipt.

A machinery maker in Shenzhen, where Huawei is based, threatened to confiscate Apple devices from employees and fire those who did not comply. Menpad, a Shenzhen-based tech company, said it would punish employees who buy Apple products. Finally, Shenzhen Yidaheng Technology said it would fine staffers who bought iPhones the equivalent amount of their device, while other companies threaten to withhold bonuses.

Reception to the offers remain unclear, however, it’s apparent owning an iPhone in China isn’t the same status symbol it once was. Where before iPhone was a symbol of wealth and luxury, it now seems like something frowned upon rather than cheered.

The bad news for Apple comes after the company lost their biggest injunction yet to Qualcomm in China two weeks ago, forcing some iPhone sales to be banned in the country. Though Apple claims to have solved the issue with a software update, Qualcomm is still fighting vigorously to fully ban sales in the country.

However, the troubling news doesn’t end there for Apple. Just days ago, a German court banned iPhone 7 and iPhone 8 sales entirely.

Do you live in China? How does the shifting perception for Apple devices feel? Let us know down below in the comments.