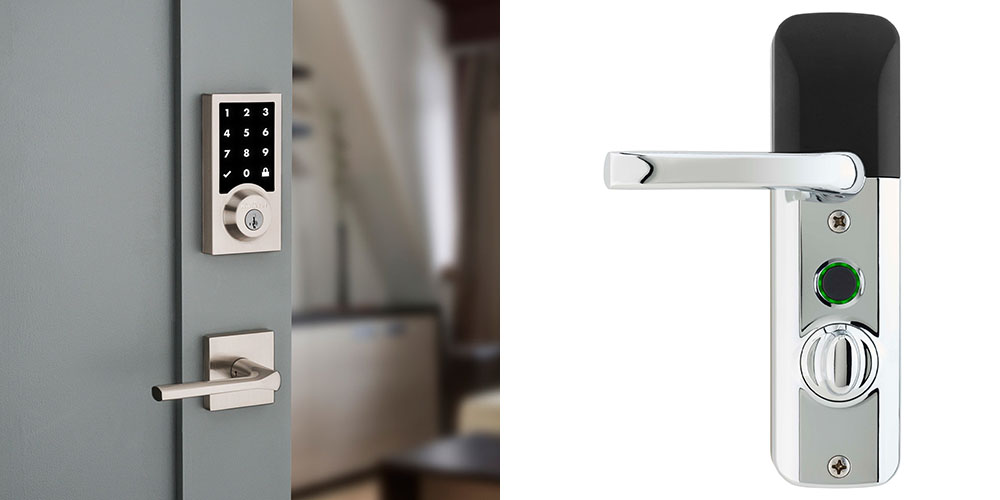 Apple has been highlighting new HomeKit integrations announced at CES, including HomeKit-compatible door locks from Kwikset and Mighton.

We’ve now learned a little more about these …

Kwikset and Mighton Products are both unveiling locks that can take advantage of HomeKit, such as unlocking the door through Siri. The Kwikset model, the Premis (left), is a touchscreen-equipped deadbolt that comes in thoroughly modern (if not exactly adventurous) nickel and bronze hues. It’s reaching the US sometime in 2019 for $229.

Mighton’s Avia secure smart lock (right), meanwhile, is intended for multipoint locking doors and has a somewhat sleeker look, not to mention a wireless key fob if you’d rather unlock with a physical button press. We’re still waiting on pricing as we write this, but the Avia model should be available in May 2019.

Update: Kwikset tells us that the existing Premis is also HomeKit compatible, and that the new model is a new design for the existing tech.

There are a number of HomeKit-compatible door locks on the market. These include the August Smart Lock Pro launched back in February, and the Yale Assure Lock SL (review). There’s also a setup you can use to add Siri control to some existing garage door openers.

HomeKit compatibility means you can control the door lock from Apple’s Home App, get notifications when the door unlocks, create automations and use Siri commands such as:

While I do have a lot of smart home kit, door locks and security cameras are two areas where I’m still a little wary personally. HomeKit security is extremely good, but as has been demonstrated, still not invulnerable. But if you are looking for HomeKit-compatible door locks, it’s good to know more options are on the way.

If you’re creating or upgrading a smart home, you might be interested in two series’ devoted to the topic: