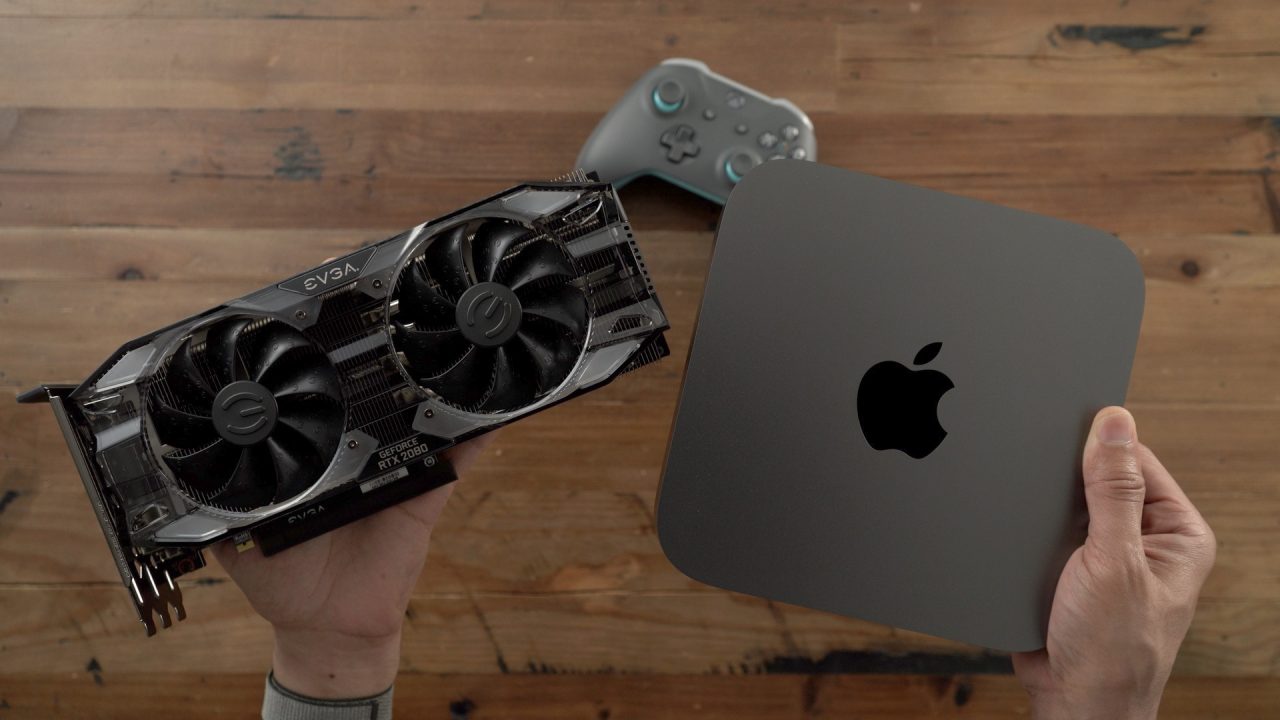 NVIDIA says the latest 2000 series inches ever closer in blurring the line between desktop and mobile graphical capability. While the company is still saying users should expect a 30% performance decrease between parallel RTX desktop versus mobile chipsets, 4K mobile gaming at 60 FPS seems more plausible and affordable than ever.

While the GPUs seem perfectly suited for a 2019/2020 Mac upgrade, two major barriers currently stand in the way: AMD and Apple themselves.

Firstly, NVIDIA’s arch competitor AMD currently supplies all the GPUs on Mac computers and Apple store-sold accessories, such as eGPUs. As a result, macOS doesn’t even offer native support for external NVIDIA GPUs. However, our own Jeff Benjamin recently documented the experience of using a 2018 Mac mini paired with the monstrous RTX 2080 utilizing Windows and some unofficial tinkering.

The second barrier would be the numerous rumors and signs pointing to Apple shifting away entirely from third-party chip manufactures, going the iPhone and iPad route by utilizing in-house CPU/GPUs.

Whether or not Apple decides to follow that path remains to be seen, however, superstar analyst Ming-Chi Kuo predicts Apple will shift the Mac line away from Intel by 2021. Further, our own Ben Lovejoy speculated whether ARM-based Macs could poise the end of truly “custom” computer configurations.

Up until 2017, Apple heavily sourced from Imagination Technologies for mobile GPUs. However, Apple announced that same year they would begin using in-house designed GPUs for the A-series processor line within the next two years. Ultimately, this panned out true, as the A11 Bionic chip was the first from Apple to feature a custom graphics architecture.

At this point, it just seems like a matter of time as to when the entire Apple ecosystem will experience the shift to fully custom CPU and GPU designs. Interestingly though, some analysts are predicting that an Apple switch away from Intel would have minimal impact on the chipmaker. 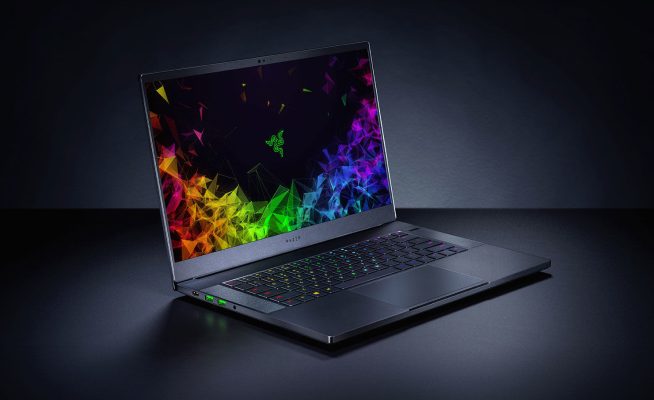 Razer announced an update to their 15-inch Razer Blade featuring RTX 2080 graphics in a package under 5lbs and 0.7 inches thin.

Regardless, beefier GPUs are a much-needed point of improvement in future Macs. And at the current rate, it doesn’t seem like AMD is fitting the bill.

So now, we ask you! Which would you most like to see in future Macs? These new, upgraded NVIDIA RTX-series cards, or a few more years of AMD in favor of custom GPUs from Apple? Let’s have a discussion in the comments below!