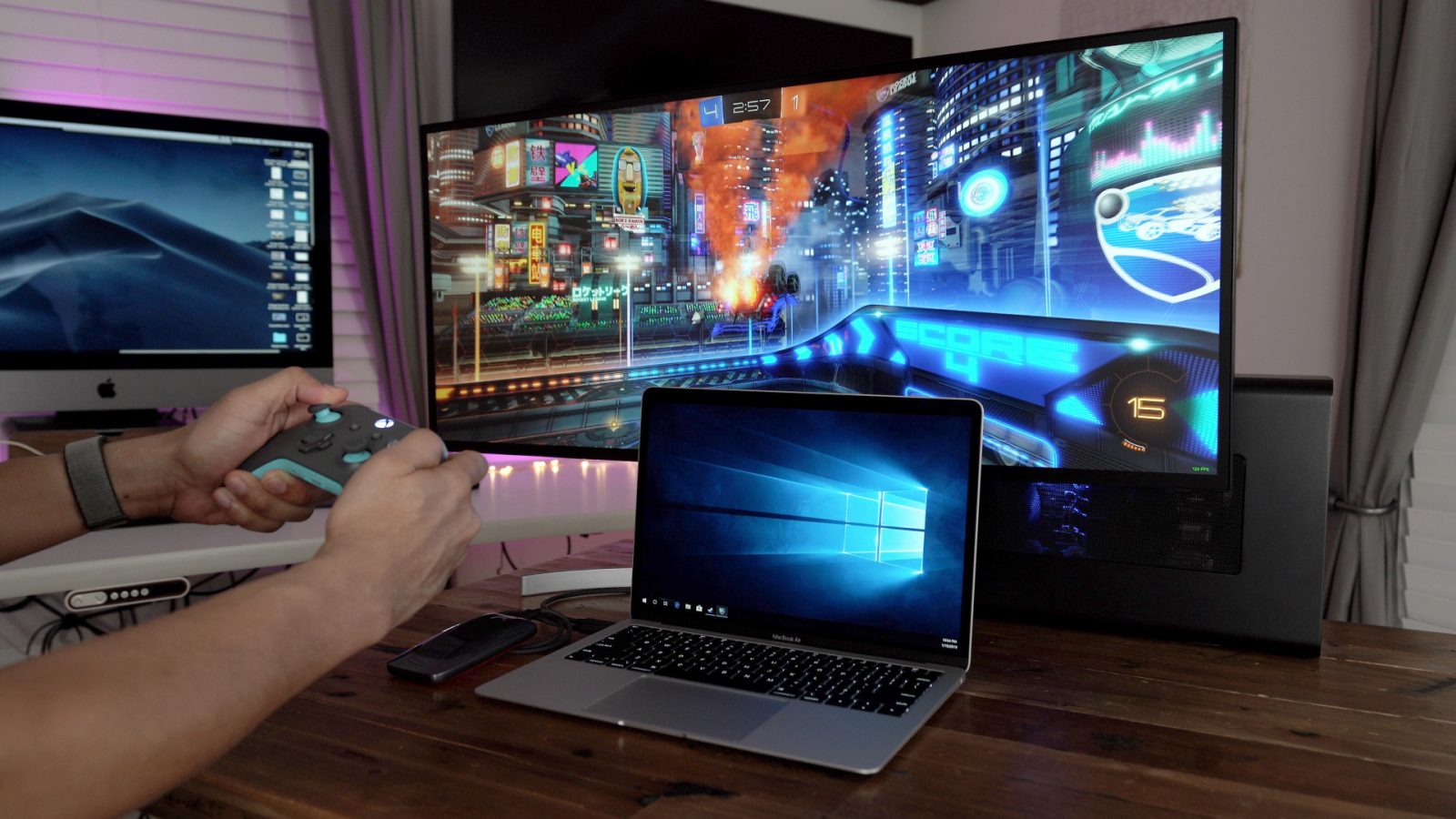 On its own, the 2018 MacBook Air is a downright terrible gaming machine. Connected to my LG UltraWide 5K2K Display, the MacBook Air averages around 1-2 frames per second in Rocket League, and similarly abysmal scores in Unigine Heaven and Valley benchmarks. That’s no fault of the MacBook Air, as it’s a thin and light portable laptop built around maximizing battery life. In other words, it was never intended to be a gaming machine.

But if you own a MacBook Air and are looking for ways to get more out of your laptop, then an eGPU setup within a Windows Boot Camp environment can go a long way towards making that a reality. Watch our hands-on video walkthrough for the step-by-step details.

Before we get started:

Here’s everything I used to build this setup. Feel free to swap out any of the parts to meet your specific needs:

Gaming on MacBook Air without an eGPU!

As noted at the outset, attempting to play games on the 2018 MacBook Air by itself is a sad situation, especially when using a high-resolution external display like the LG UltraWide 5K2K. Here are the results from Unigine Heaven and Valley benchmarks using the integrated Intel UHD Graphics 617 GPU inside the MacBook Air: 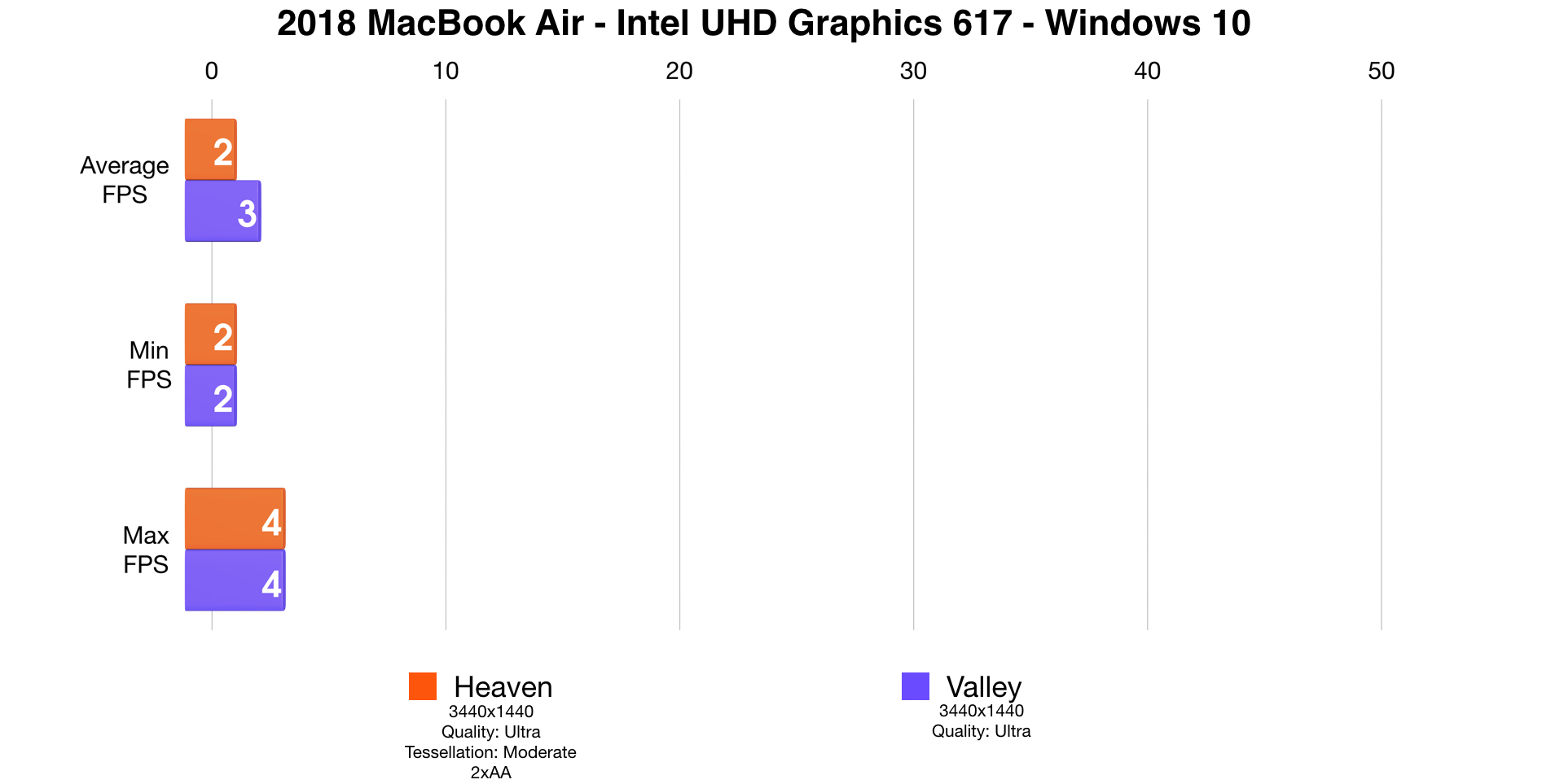 It’s no big surprise that the Intel UHD Graphics 617 can’t handle such settings at 3440×1440 resolution. But even when dropping down to 1080p and going for medium settings, things weren’t much better. This reiterates the fact that the MacBook Air just isn’t meant to be a gaming machine on its own. Thankfully, there’s Thunderbolt 3, which offers awesome expandability.

You can use our step-by-step hands-on video tutorial that shows how to install Windows 10 on your Mac.

The Razer Core X is the best eGPU for the Mac, and is big enough to accommodate large cards like EVGA’s RTX 2080. Install the card inside the external graphics chassis and connect it to the display via DisplayPort. 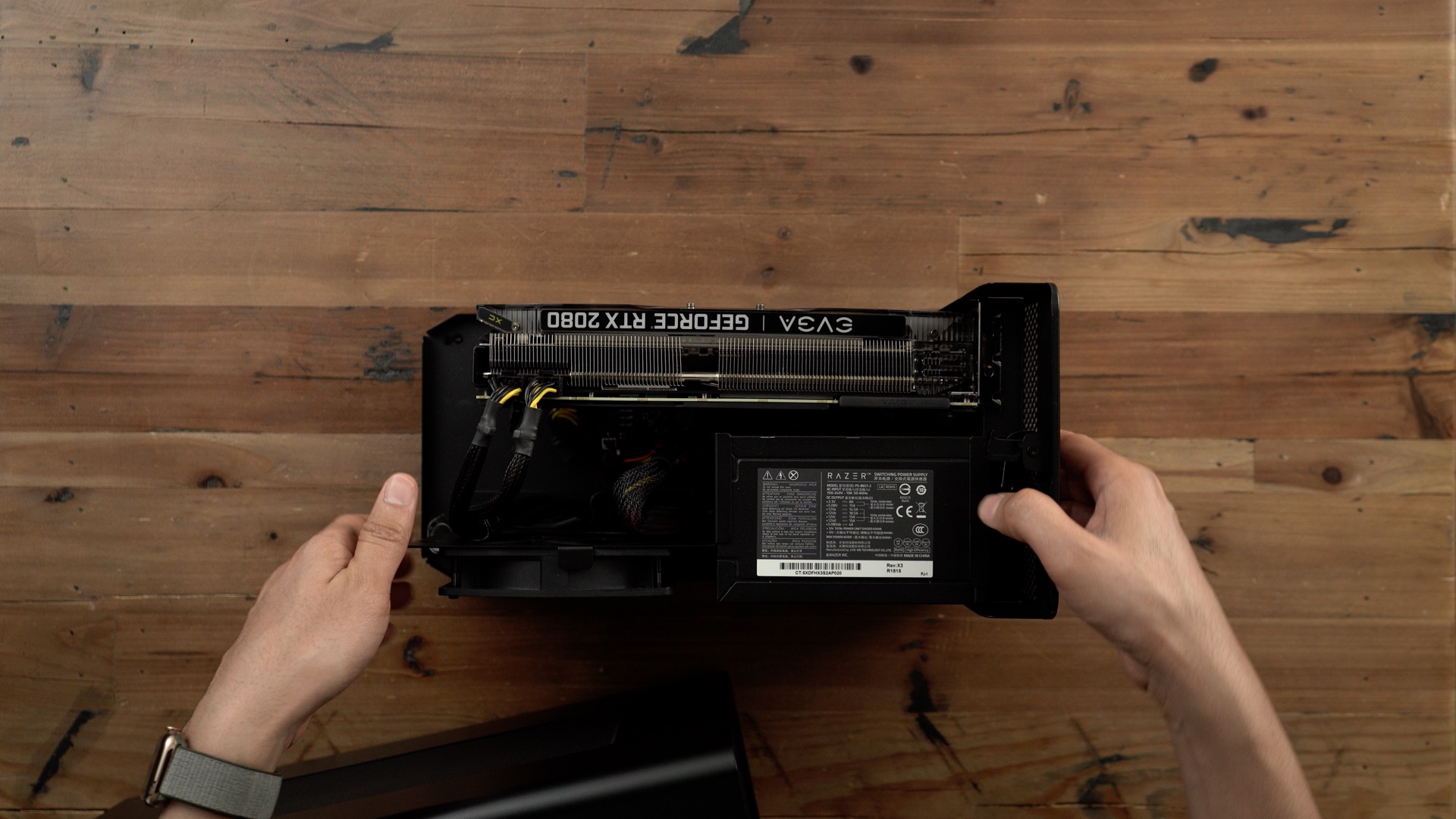 I utilize external storage to house all of the games that I download from Steam and other sources. Connect your external storage to Thunderbolt 3 port 2 (the port further from the display) on the MacBook Air. Ensure that Windows recognizes the storage before continuing. 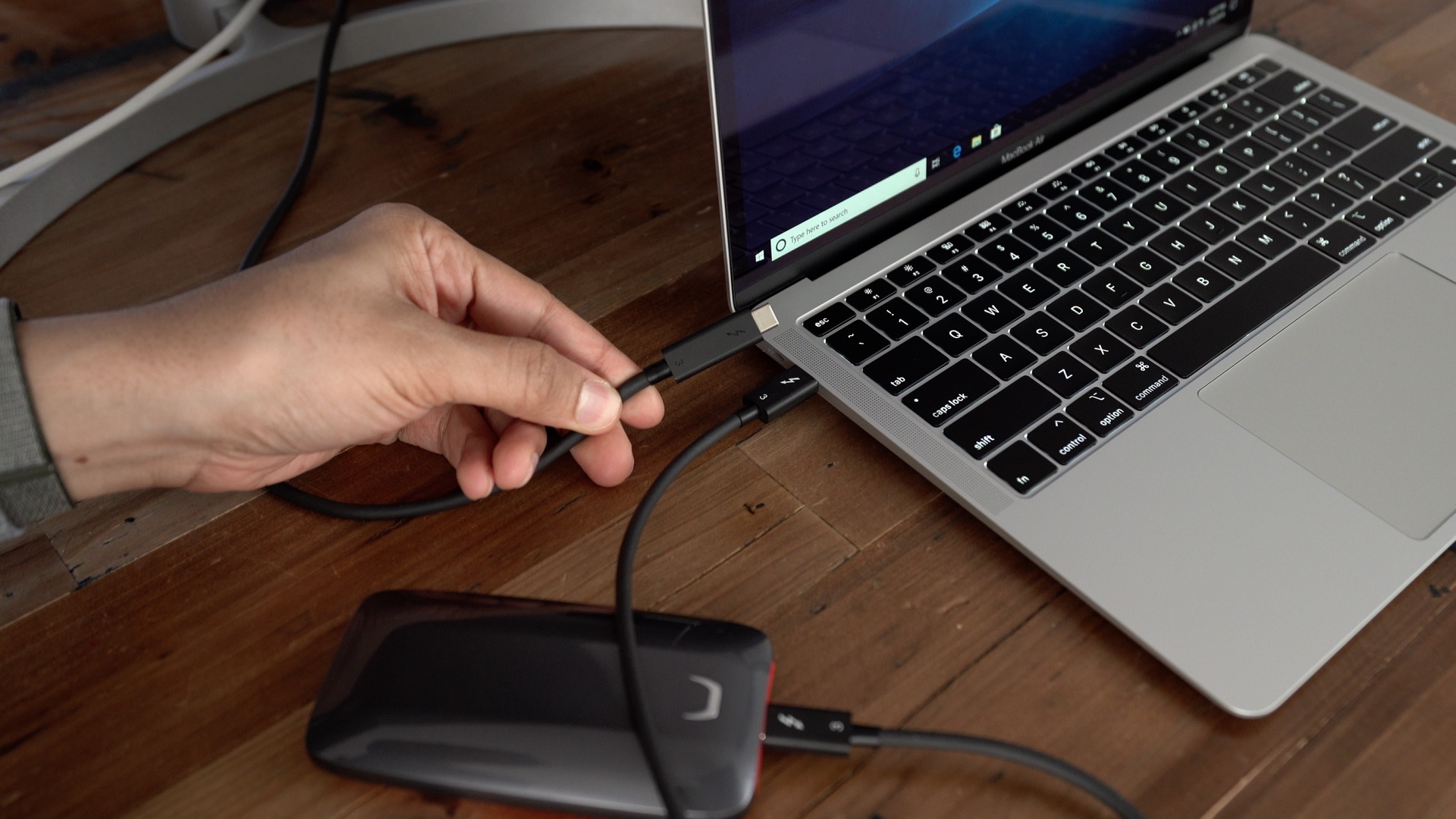 After the storage is connected, connect the Thunderbolt 3  cable from the eGPU to Thunderbolt 3 port 1 (the port closest to the MacBook Air display). Windows should recognize the connection and begin installing drivers for the RTX 2080. You can check Windows Update and Device Manager to check the status of the installation. Once the install is completed, you’ll be asked to reboot your computer.

Download and install the latest RTX 2080 drivers from Nvidia. You’ll be asked to reboot your MacBook Air again. Be sure to turn off or disconnect the eGPU from your Mac when the machine powers off. Reconnect the eGPU once you arrive back at the Windows desktop. 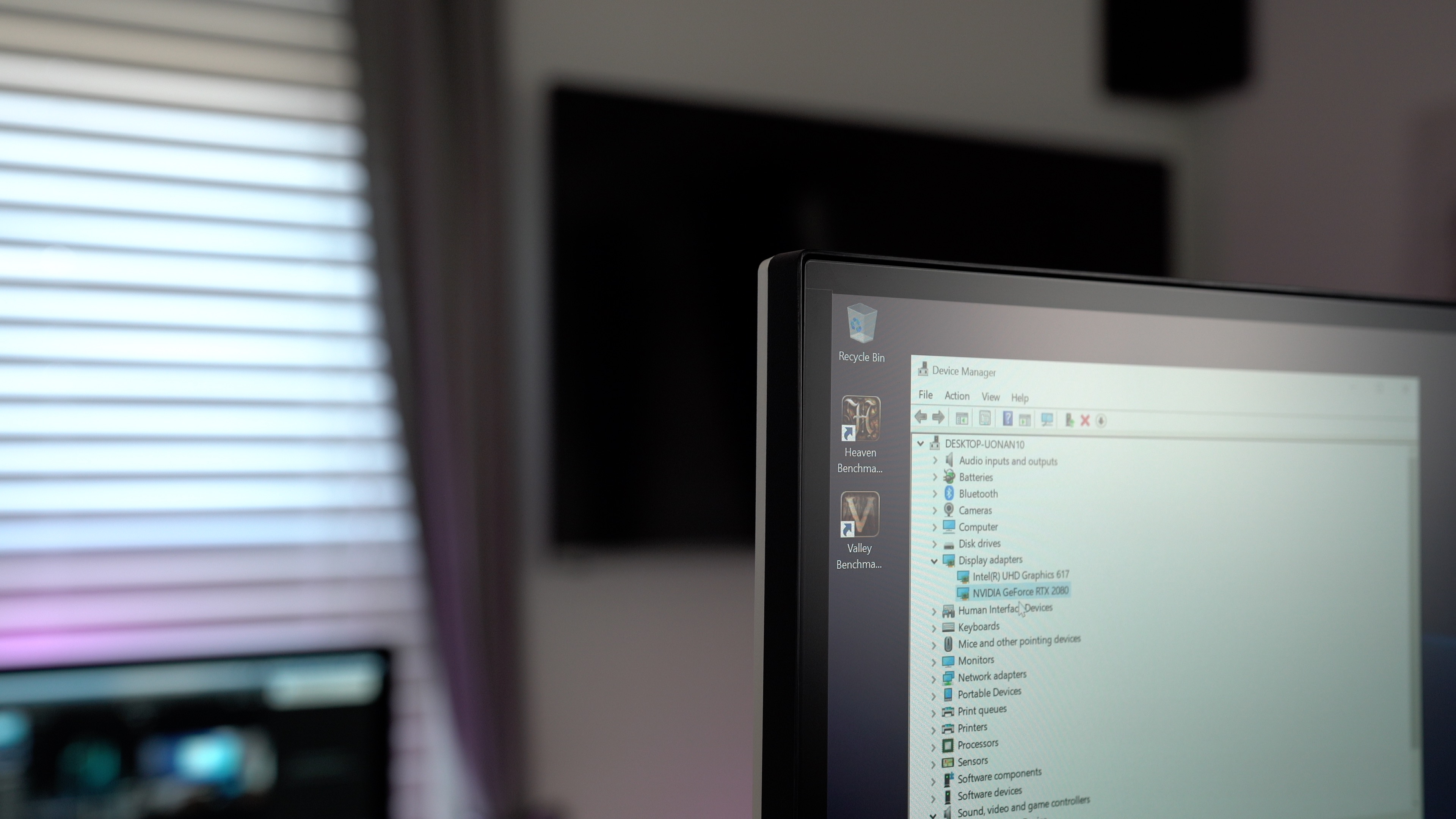 Note the dramatic improvement in performance when running the RTX 2080 eGPU setup. Heaven and Valley benchmarks go from 2-3 frames per second on average to around 90 frames per second. The dual-core 1.6 GHz i5-8210Y CPU inside the MacBook Air means performance isn’t as good as the 2018 Mac mini eGPU setup we tested last week, but even with such an anemic CPU, the speed increase is noteworthy.

Rocket League, a title that was unplayable at 5120×2160, is highly playable when driven by the eGPU. Other games provided similar performance increases. 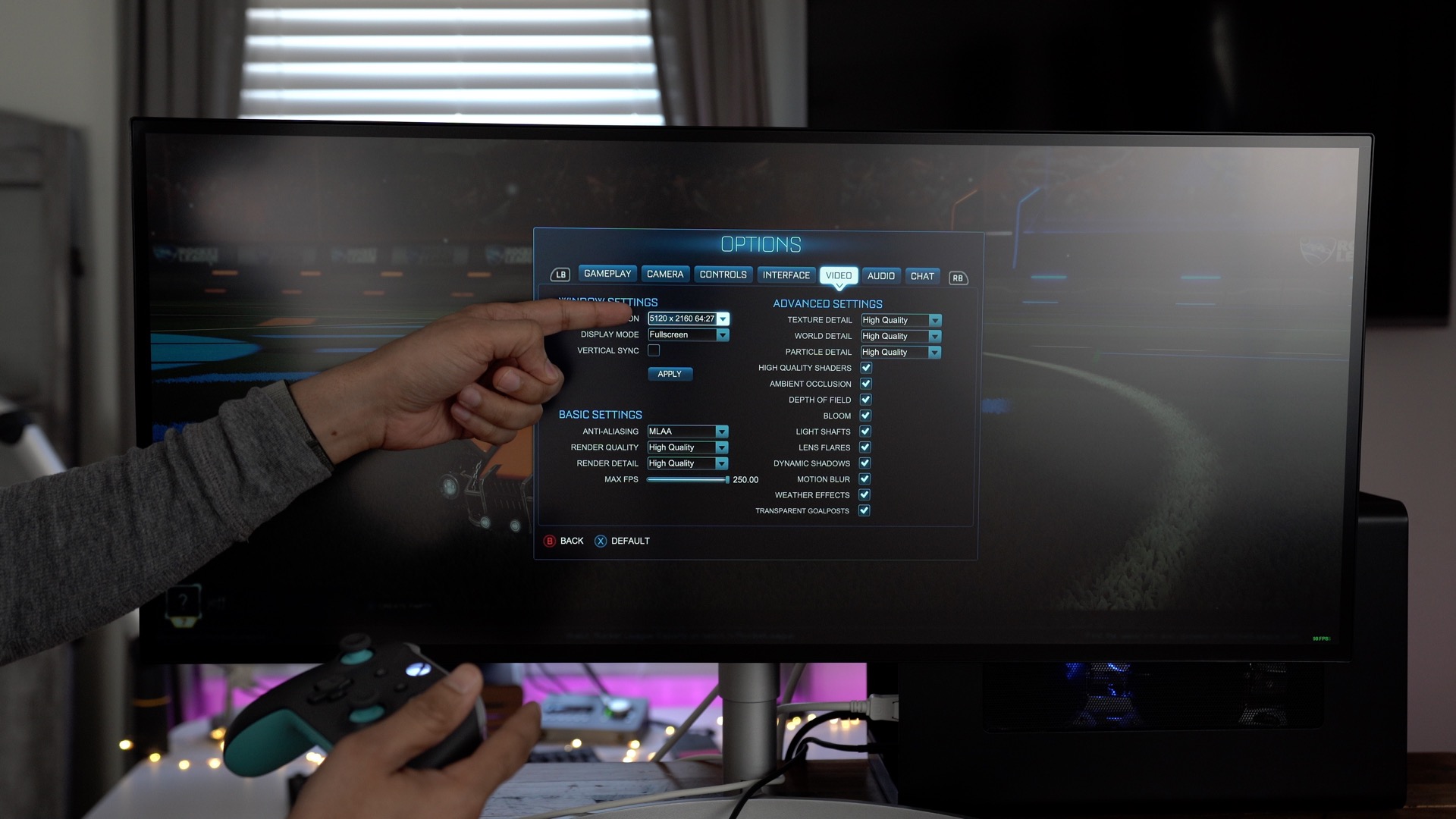 The MacBook Air, when driven by the RTX 2080 performs surprisingly well, certainly much better than I thought it would with its anemic dual-core processor. 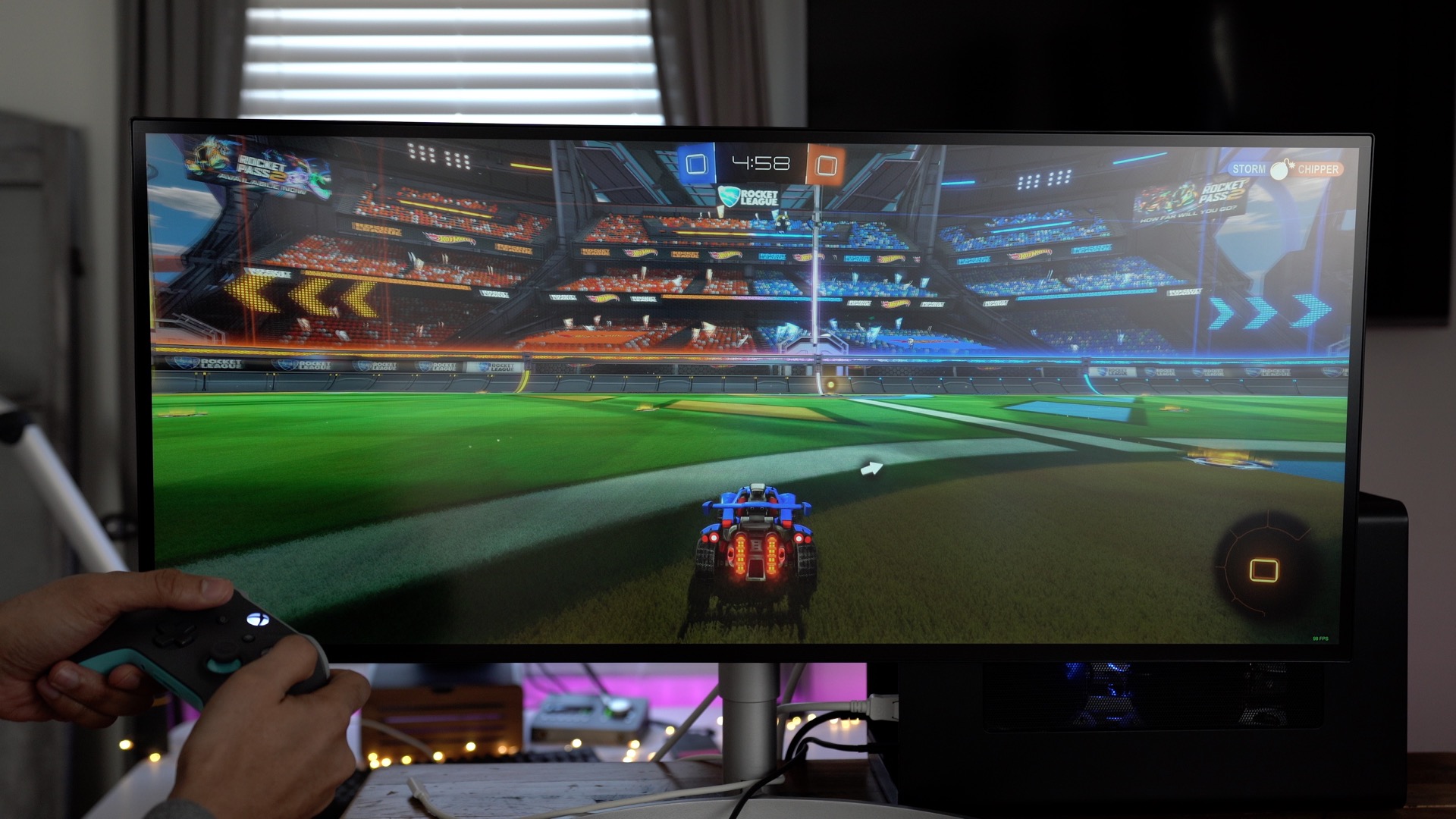 As I stated at the outset, this tutorial isn’t here to convince people that the MacBook Air is a gaming machine, it’s purpose is to demonstrate that it’s possible to game on the 2018 MacBook Air via external add-ons. In other words, I wouldn’t go out and buy a MacBook Air with the intention to play games, but if you already own the machine, it’s good to know that it still has room to grow.