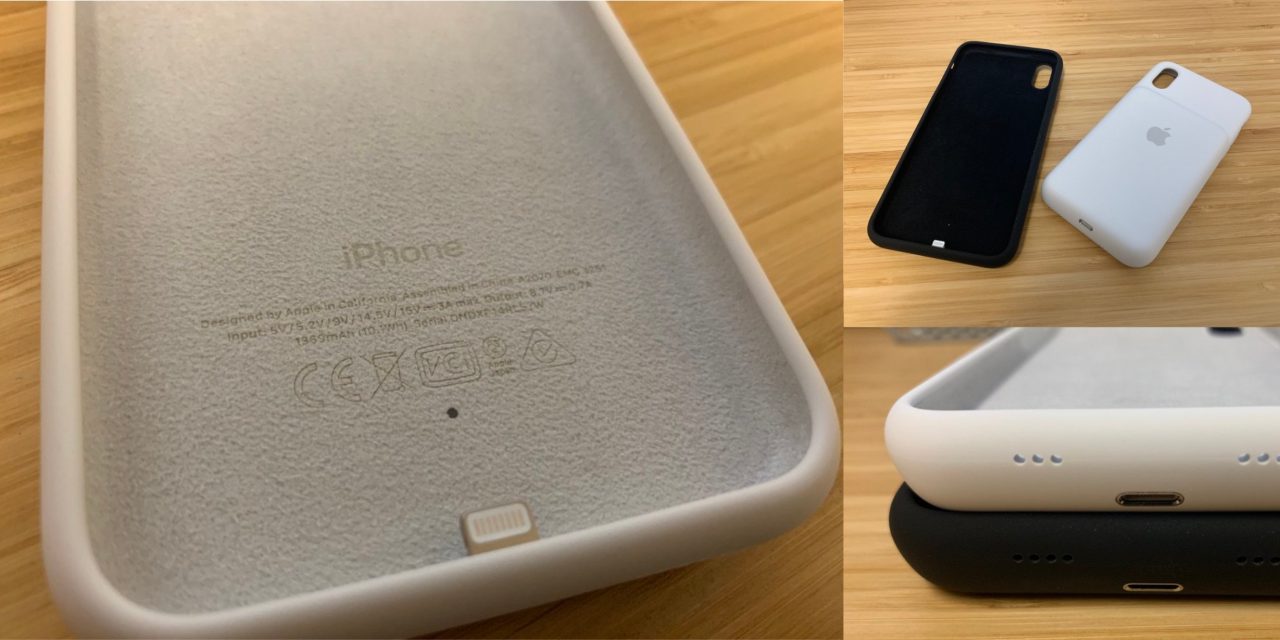 Update: An earlier version of this article pointed to the cases’ smaller mAh capacity. However, the Wh on these cases is actually higher than the previous models because the voltage was doubled. The article has been corrected to reflect this.

However, The Wirecutter’s Nick Guy has already got his hands on an iPhone XS case, and read off the specs from the printed label. It turns out the iPhone XS Smart Battery Case houses a 1369 mAh internal battery, rated at 10.1Wh. This is slightly more than the 8.96Wh battery found in the iPhone 7 Smart Battery Case. The XS Max case features the same battery as the XS.

This is the first time that Apple has made battery cases for the plus-sized phones. We don’t have confirmation on the XR battery, but it is believed that all three cases house the same internal battery.

In terms of real-world usage, Apple says that users can expect between 47-75% longer Internet browsing times, depending on device.

In percentage terms, that’s an increase of 75% for XS, 54% for XS Max and 47% for XR — according to Apple’s statistics. We will obviously be conducting our own testing soon.

The overall size of the iPhone XS battery cases is roughly in line with previous generations. The accessory now contains extra components to support Qi wireless charging, which has been accommodated as part of a larger redesign as to how the case looks.

We’ll have a hands on with the new lineup of battery cases as soon as they are delivered. The iPhone XS and iPhone XR cases are offered in white or black, and cost $129 across the board.

It remains an open question as to whether the XS case will be suitable for an iPhone X owner. The cases do include speaker holes on the bottom edge which will obviously not line up with the iPhone X, which had symmetric speaker grilles. Most people won’t care about that discrepancy however. The important point is whether the iPhone X camera bump will line up with the XS case’s camera hole, as the two generations have slightly different camera housings. That question has yet to be resolved.