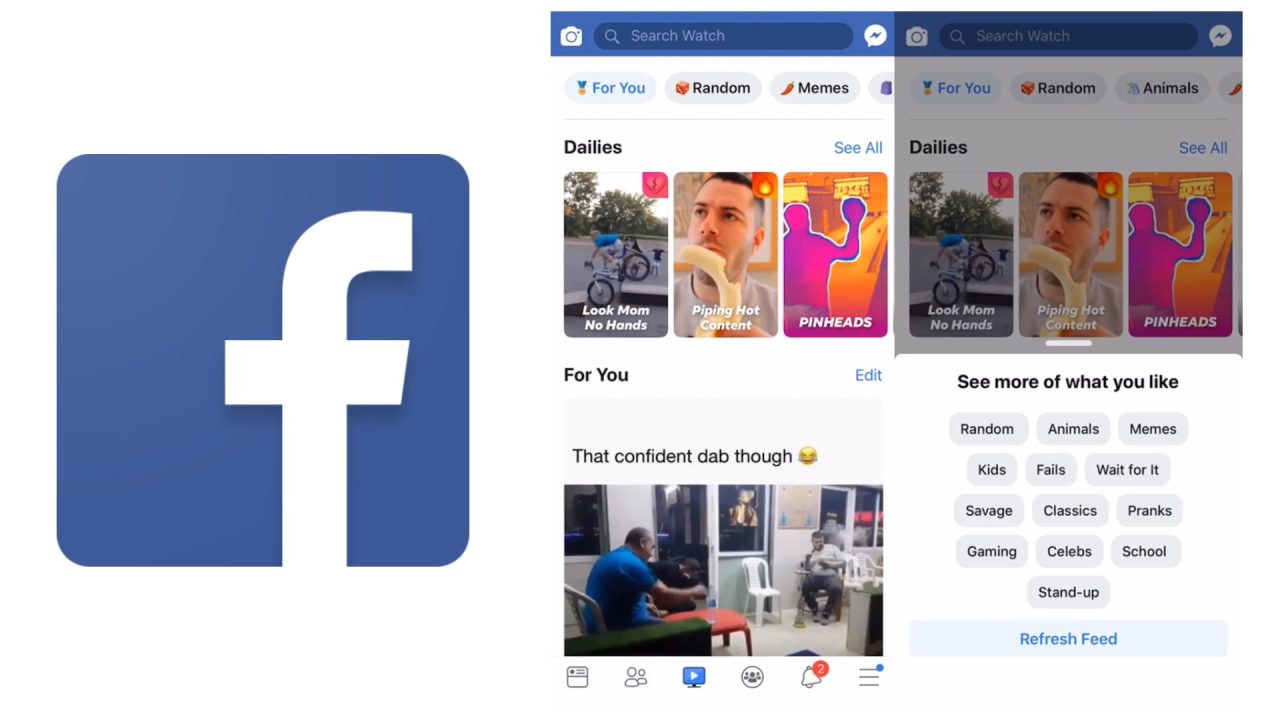 While today’s Facebook news is focused on the much-anticipated Messenger app redesign, the company has apparently been silently working on a new product aimed at a younger crowd.

According to a report from TechCrunch, Facebook has confirmed that it has been working on LOL, an app that’s essentially a feed for funny videos and GIFs.

It’s divided into categories like “For You”, “Animals”, “Fails”, “Pranks” and more with content pulled from News Feed posts by top meme Pages on Facebook. LOL is currently in private beta with around 100 high school students who signed non-disclosure agreements with parental consent.

Currently, beta testers see LOL as a replacement for the Watch tab in Facebook. However, the team says that the feature will be a standalone app or an extension in one of the company’s other apps.

Younger users are typically using the Stories feature to share and consume content. Facebook is looking for other ways to lure that demographic back into their main application. LOL could be the answer with its lighthearted, fun, and burst-style of entertainment.

However, the report says that LOL’s design is “cringey” and that it comes off as being desperate to be “young and hip.”

The content found in LOL is sometimes weeks old, so meme-obsessed teens may have seen it before.

There used to be a time where kids and teens went above and beyond to gain access to Facebook because it was what was the cool place to be, however, in recent years they’ve turned to other platforms such as Instagram, Snapchat and YouTube.

In one of the recent designs for LOL, users are greeted with a carousel of themed collections called “Dailies” like “Look Mom No Hands” in a design reminiscent of Snapchat’s Discover section. Below that there’s a feed of algorithmically curated “For You” clips. Users can filter the LOL feed to show categories like “Wait For It”, “Savage”, “Classics”, “Gaming”, “Celebs”, “School”, and “Stand-Up”, or tap buttons atop the screen to see dedicated sub-feeds for these topics.

While Facebook may be “cringey” and desperate to be “young and hip”, the company even attempting an app such as LOL shows that it sees the value in such an app. LOL is currently in closed beta with a small group of high schoolers (with parent permission) under NDA currently testing the app.