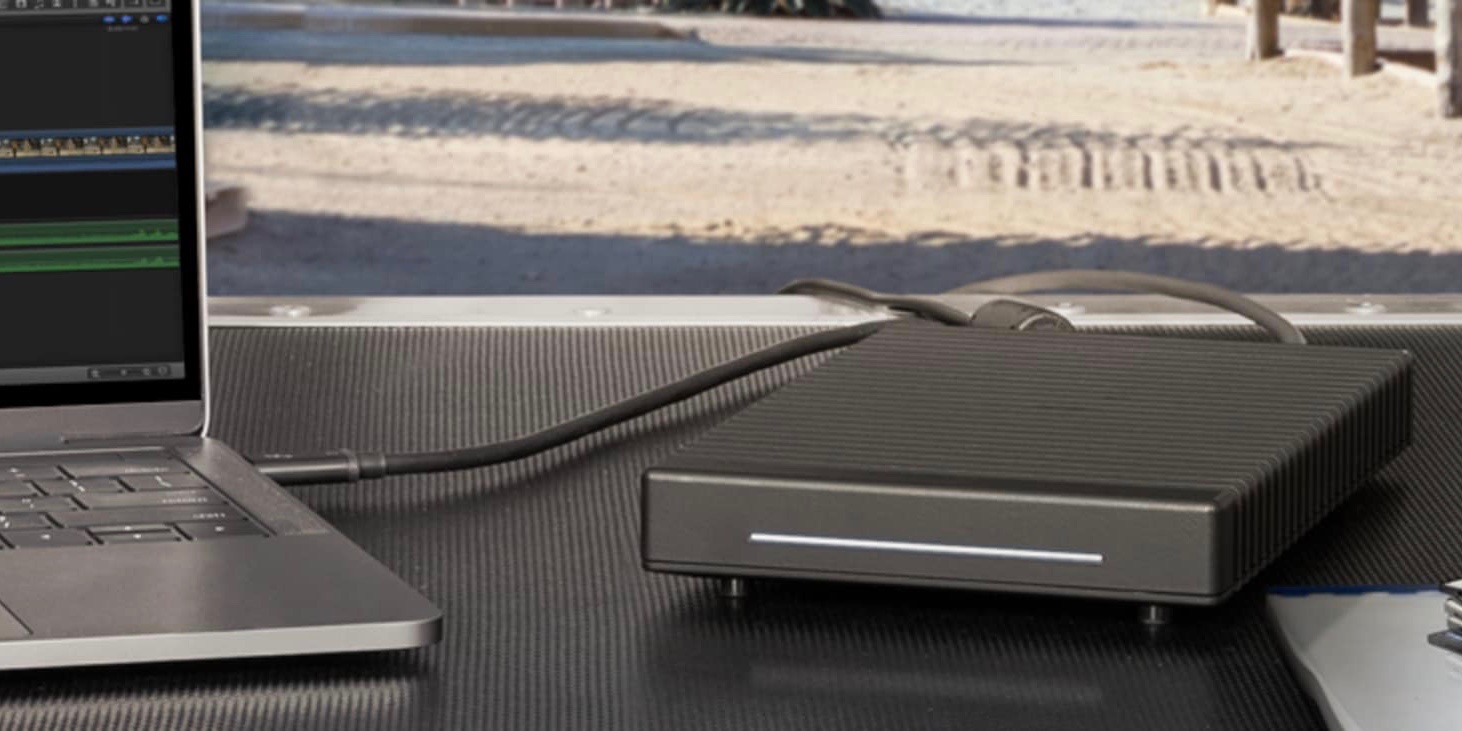 OWC is out today with an update to its ThunderBlade SSD for Mac. The second generation of the fast, high-capacity ThunderBlade includes two Thunderbolt 3 ports, speeds up to 3800 MB/s, daisy-chaining for up to 48TB or SSD storage, stack-ability, and a $400-$1500 price drop depending on the capacity.

OWC announced the ThunderBlade SSD Gen2 news in a press release today stating that it offers a lower price point as well as improved performance. Last year, the 1TB ThunderBlade SSD sold for $1200, while the Gen2 1TB version now starts $400 less at $800.

The new ThunderBlade is available in capacities up to 8TB, which now goes for $3500, a $1500 drop from the previous generation. OWC sells 2TB and 4TB models as well. The company touts that users can daisy-chain up to six of the stackable drives for up to 48TBs of fast SSD storage, made possible by the dual Thunderbolt 3 ports.

ThunderBlade also includes a 3-year warranty, Thunderbolt 3 cable, ballistic hard-shell case, up to 2800 MB/s speeds and up to 3800 MB/s with its own SoftRAID software solution.

It’s often thought that hardware RAID is better than software RAID, but we’ve proven that not to be true. We’ve combined the performance and capacity of the ThunderBlade with our robust SoftRAID engine. Experience breathtaking performance, multi-enclosure capability, advanced drive monitoring, e-notifications and downloadable updates. Once you do, you’ll see how hardware RAID doesn’t even come close.

The new ThunderBlade starts at $800 for the 1TB model. Check out more from OWC on its Amazon storefront and webpage.

If you’re interested in a new SDD at a lower price and don’t need all the features something like the ThunderBlade offers, take a look at our video review of the best USB-C SSDs. 9to5Mac’s Jeff Benjamin takes a look at the SanDisk Extreme Portable SSD ($200), WD My Passport SSD ($179), Samsung T5 SSD ($220), and more.