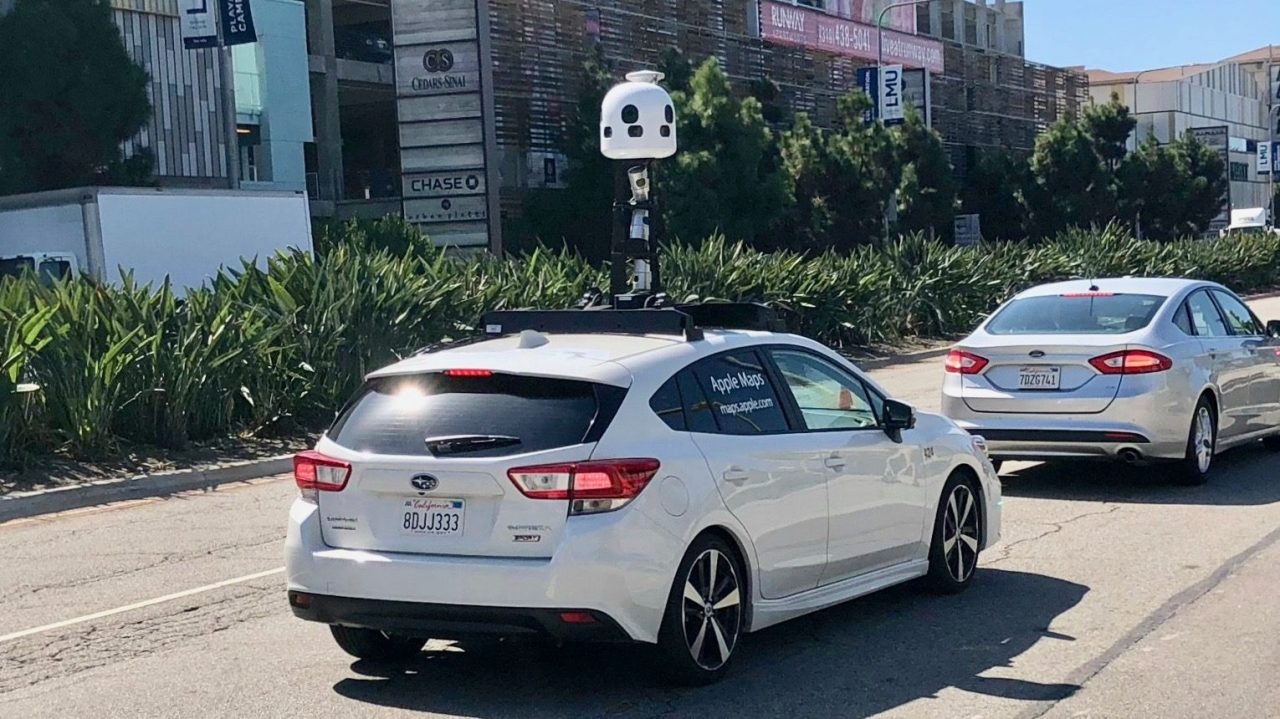 Earlier this week, Apple has reorganized its online page where it details upcoming data collection operations for Apple Maps. This takes the form of cars equipped with LIDAR and photographic cameras being driven around cities, and ‘pedestrian’ surveys where Maps employees walk around wearing backpacks fitted with similar sensors. The data is ultimately fed back into Apple Maps to improve accuracy. The page now reports that ground surveys will begin in Andorra in April.

The updated site now has an explicit drop-down box for filtering by country. This may suggest Apple is readying a mass expansion of the work although right now it only lists cities in the United States, Spain and Andorra.

Apple describes this work as ‘Apple Maps image collection’ and says that it is used to improve Apple Maps and notes that some of the data will be published in the app. Faces and car number plates will be blurred when this happens.

Apple has been driving vehicles around the US since 2015. However, Apple Maps is yet to present any of the collected images in the app. It is widely expected that Apple will eventually launch some variant on Google Maps Street View using this data, but it sure is taking its merry time to roll it out.

As well as raw imagery, Apple can now use the information to update the accuracy of its own maps. As part of a fundamental rebuild of how it sources data for Maps, Apple has started to deploy a revamped maps system across California and has said that it will roll out across the US by the end of 2019. Apple has not said how long it will take to bring its new maps data foundations to other countries.