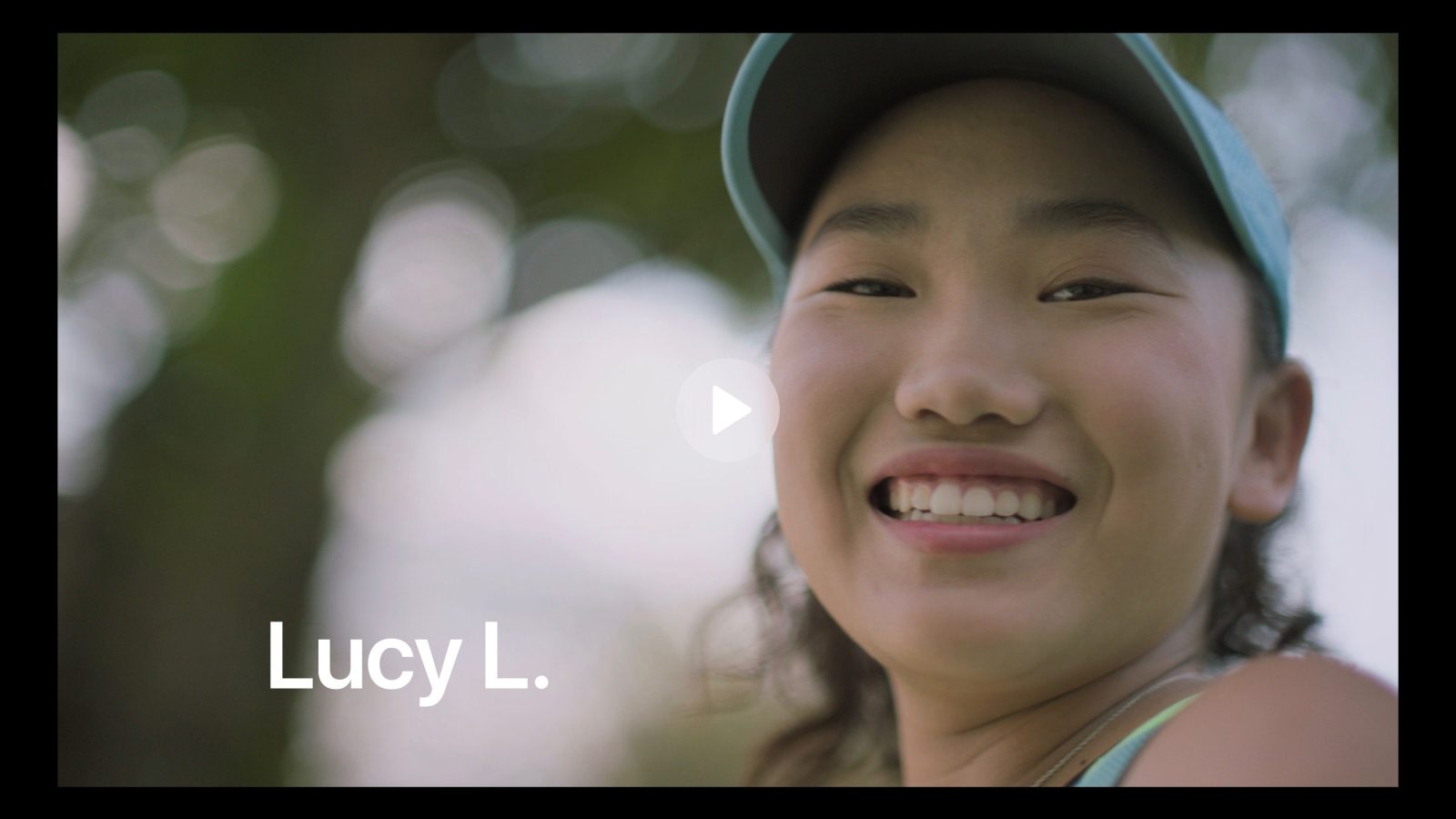 Earlier this year, the United States Golf Association opened an investigation into amateur golfer Lucy Li over her involvement in an Apple Watch “Close Your Rings” video. According to a new report from Golf Digest today, however, the USGA has concluded its investigation into the 16-year-old golfer.

As reported in January, Li was being investigated for violating the USGA’s Rules of Amateur Status. This prohibits an amateur golfer’s name or likeness being used in a promotion or ad. Li was featured in Apple’s recent batch of “Close Your Ring” videos.

Following the investigation, USGA officials have determined that Li will be allowed to retain her amateur status. The Amateur Status Committee decided today that a “one-time warning was appropriate rather than any harsher punishment.”

In a statement, Li said she apologized to the USGA and never intended to end up in this situation:

“I have apologized to the USGA and accept my responsibility in participating in the Apple Watch ad,“ Li said via Twitter. “It was never my intention to cause the USGA and myself to be in this position. The USGA is like family to me, and I appreciate the thorough review of all the facts and the consideration I’ve been given. I’m looking forward to continue playing as an amateur and to do all I can to promote this great game.“

As part of the investigation, USGA senior managing director of governance Thomas Pagel reached out to Apple. Pagel determined that Li was not compensated for her involvement in the Close Your Rings video, nor was she promised future compensation.

Li is said to have filmed a variety of different activities as part of the video shoot and was seemingly unaware that she would appear as a golfer. Li reached out to Apple shortly after the video was published and asked for it to be removed, which Apple did.

Li did not see the video until it ran on Jan. 2. Her active participation in remedying the situation influenced the USGA thinking of only issuing a warning, according to Pagel. In a release from the USGA, the Amateur Status Committee, consistent of five voting members and chaired by USGA executive Committee member Bob Kane, also took into account the face she is only 16 and that this is her first breach of the rules.

With this behind her, the USGA says Li will be able to participate at the Augusta National Women’s Amateur Championship next month as an amateur, as well as all future competitions.