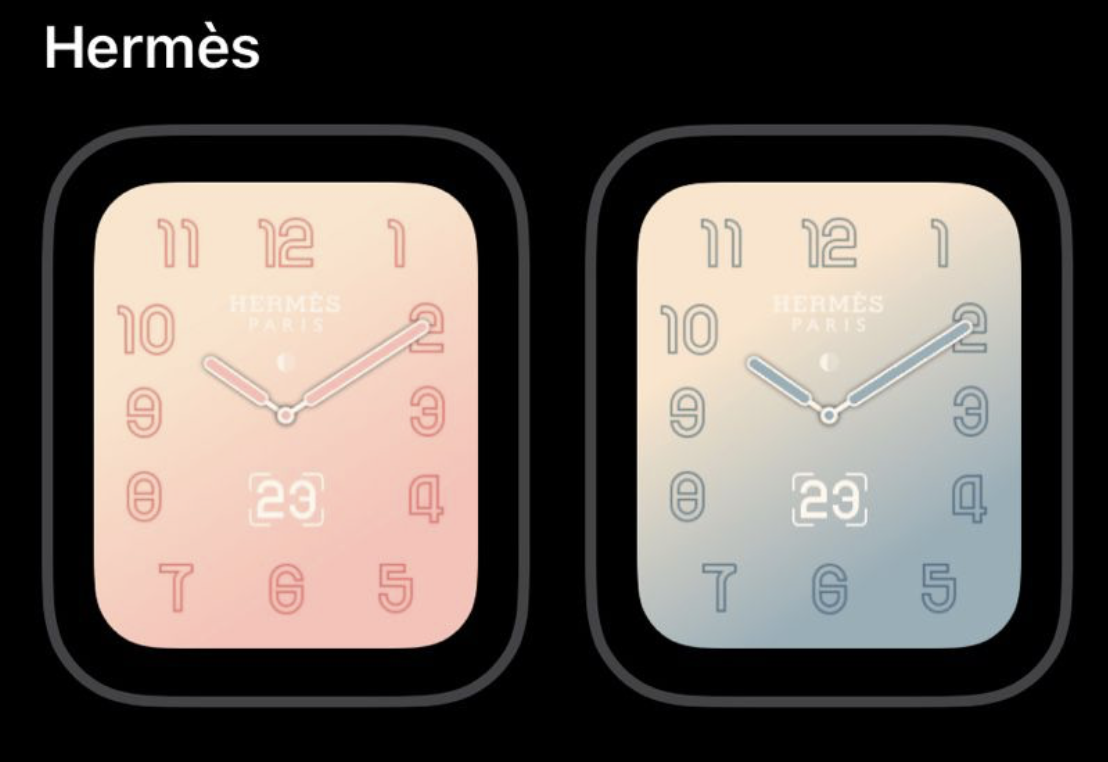 Owners of the Apple Watch Series 4 Hermès editions will be in for a treat with the upcoming watchOS 5.2 update, currently in beta. The new Apple Watch update will bring a few new watch faces exclusive to the Hermès Series 4 Apple Watch.

As discovered by French blog WatchGeneration.fr (via Google Translate), owners of the designer Apple Watch will see a new gradient style Hermès watch face in two colors: Cherry/Sakura and Bleu (pink and blue). And just like the other Hermès Apple Watch faces for the Series 4, these will adapt based on where the hour and minute hands are.

Hermès has been one of the two third-party partners with Apple with exclusive watch faces only available on Apple Watch Hermès. The other partner is Nike, which provides an exclusive Apple Watch in the aluminum form factor, as opposed to the stainless steel models for the Hermès.

And similar to the other Hermès faces, you’ll be limited to a single complication on the face, only capable of showing the date, a specific time zone or a stopwatch.

The new watch faces will require an Apple Watch Series 4 Hermès as well as iOS 12.2 on your iPhone and watchOS 5.2. Both updates are currently in beta and will be released to the public sometime in the future.