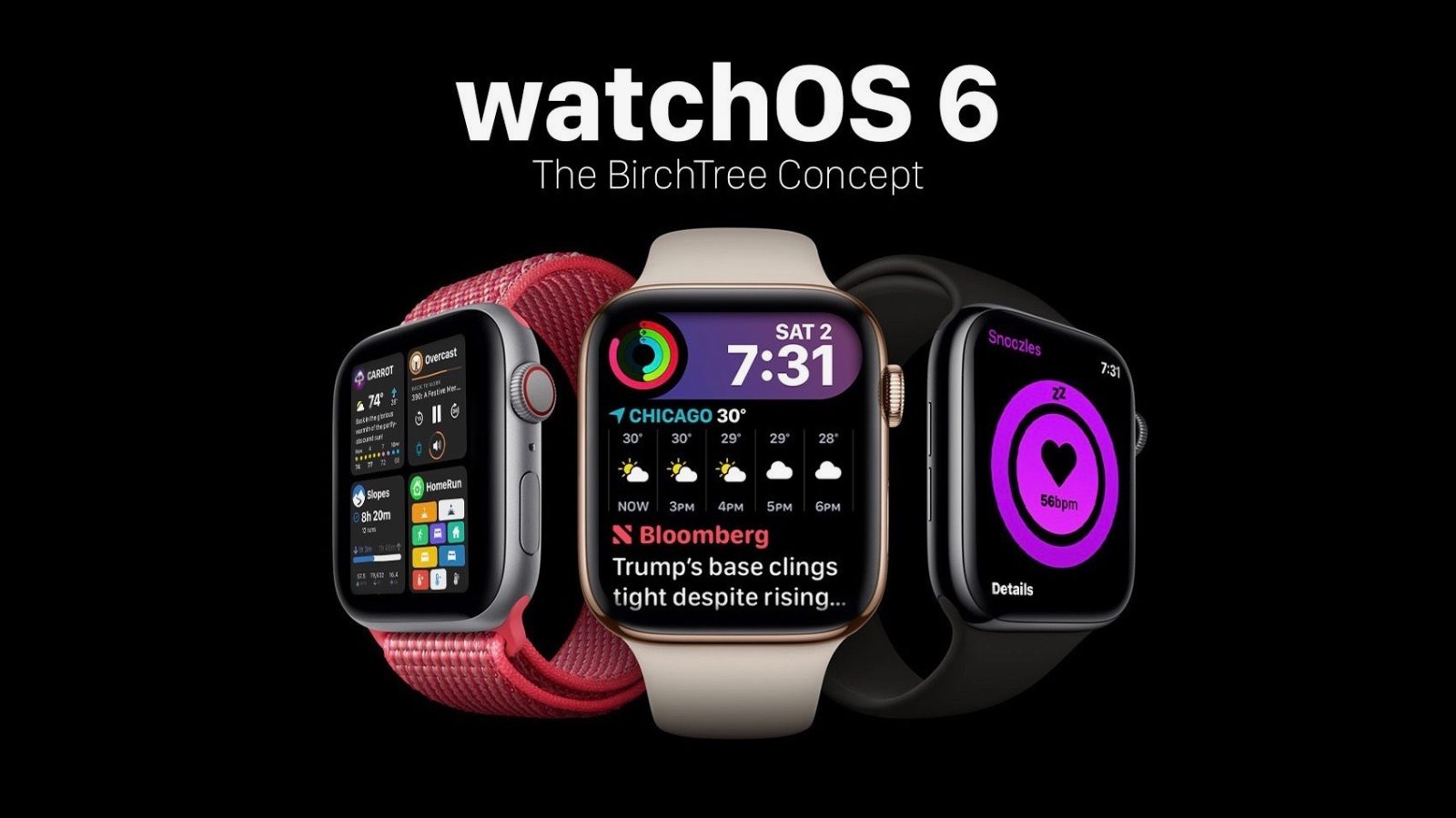 Matt Birchler is out today with his annual watchOS concept, this time imagining watchOS 6. Birchler envisions some of the features he’d most like to see, including a redesigned Siri face, new sleep tracking rings, and more.

Birchler writes that while the Siri face was one of his favorite additions in watchOS 4, it’s time for an upgrade with watchOS 6. His concept imagines a more modular design with a cleaner interface. The card-based design of the current Siri face is replaced in favor of a modular interface:

This new version of the watch face keeps the same card metaphor as today, but instead of using the blue/purple cards that many people don’t love the look of, instead this should use the new modular infograph complication style. This will let apps show more customized UIs on this page, as well as remove a lot of the color that turns people away from the current version.

Further, this concept imagines how Apple might integrate sleep tracking and additional overall wellbeing features into watchOS. Birchler takes the same concept of Apple’s Activity rings, but applies them to sleep and wellbeing too. This makes it easy to see how long you were asleep, your average hear rate, and more.

Lastly, Birchler envisions the dock layout with watchOS 6, taking a grid-like approach to the interface:

My proposal is to convert the dock to a grid system, at least on the Series 4 and newer models. The 44mm model especially has more room than ever, and those pixels could more effectively be used to show full previews of your recently used apps and let you get into them with bigger touch targets.

In my mockups, I was able to get 4 apps on screen at a time and still easily make out the contents of the app and tap into it with ease. The list should still scroll, of course, and your last 8-12 apps should show here.

watchOS 6 will likely be unveiled at WWDC in June, with a developer beta testing period to follow. From there, Apple will likely release watchOS 6 to the public in September, as it has done in past years.

What do you want watchOS 6 to feature? Let us know what you think down in the comments!