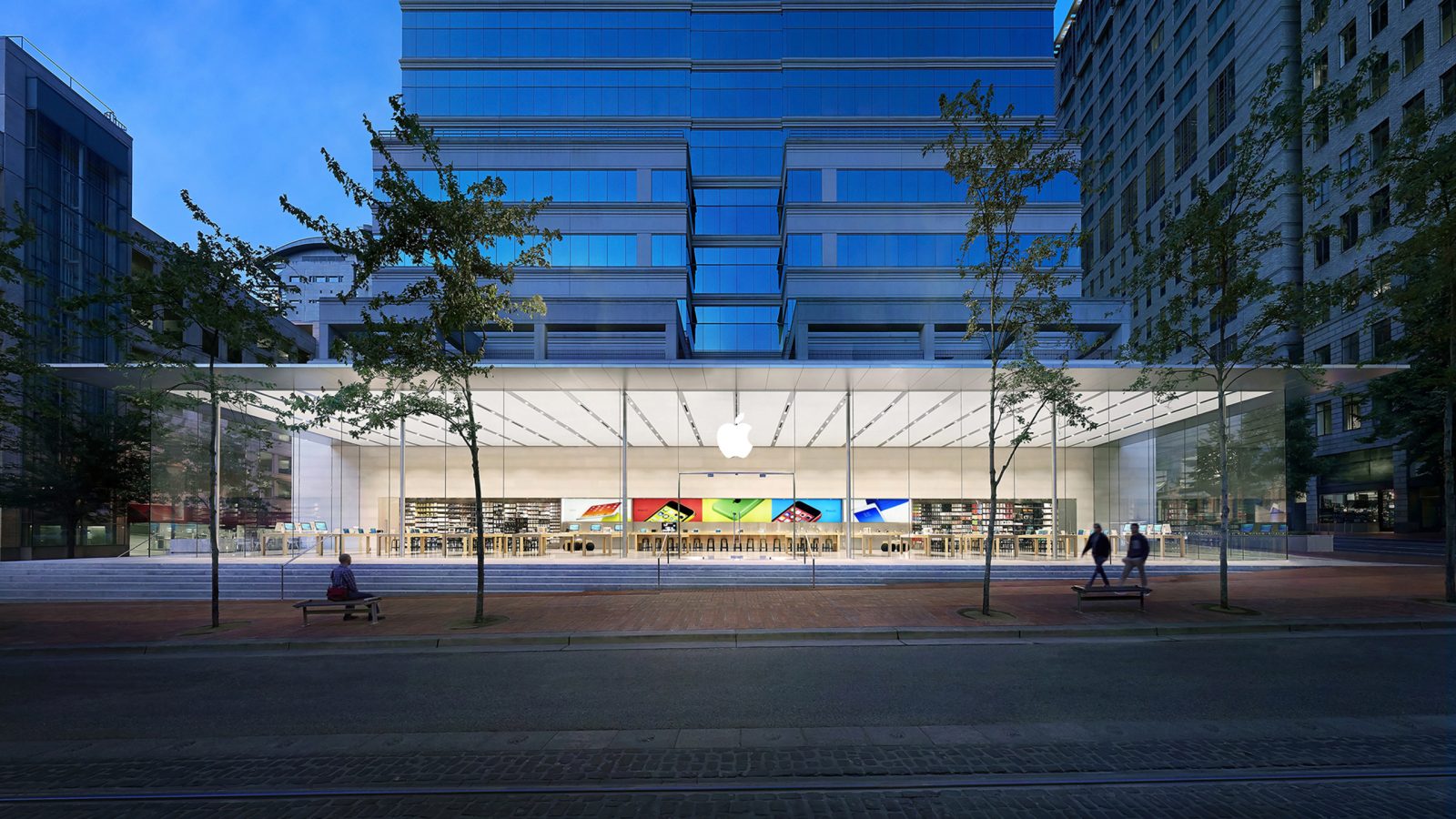 Like it has done at other flagship stores in Santa Monica and Palo Alto, Apple will temporary close Portland, Oregon’s Apple Pioneer Place for renovations starting March 24th. Upgrades are expected to include a new Forum, Video Wall, and Avenue displays along the store’s rear wall.

All three of Apple’s retail locations in Oregon are currently classic stores lacking the modern amenities to provide the full Apple Store experience. The store at Pioneer Place first opened in 2005 and was relocated to an architecturally significant outdoor space in May 2014, making it Oregon’s biggest and best store. The location’s prominence and age contribute to it becoming the first store in the state to receive contemporary fixture upgrades.

Based on previous projects and other recent stores, we expect the remodeled space will feature its Video Wall centered at the back of the store directly facing the front doors. Avenue display cases should replace current Feature Bays and product tables set into the stone walls to the left and right. Apple may also choose to incorporate Forum trees inside the store or on the plaza immediately outside.

Stores with a similar design language in Stanford and Aix-en-Provence have yet to be updated, so Pioneer Place’s remodeling will set a precedent of what to expect at these locations. During remodeling, which may last several months, customers will want to visit Apple Bridgeport Village or Apple Washington Square. 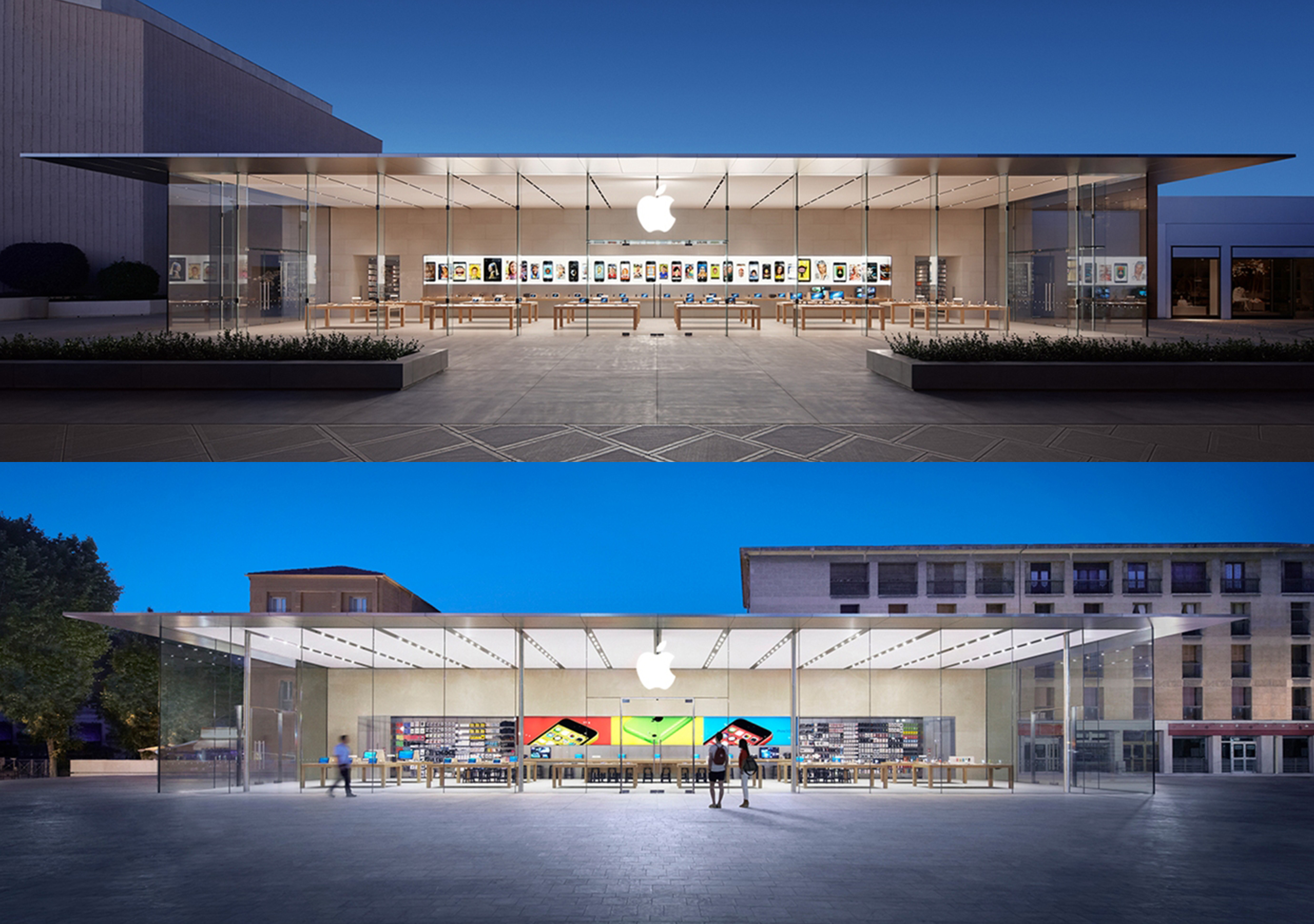 Similar stores in Stanford and Aix-en-Provence

Remodeling at Pioneer Place will happen concurrently with similar upgrades at Australia’s Apple Bondi, which we learned last week will also close on March 24th. Both stores join Barcelona’s Apple Passeig de Gràcia on the remodeling roadmap, which closed on February 10th.

Over the weekend, we also saw the first photos (via Storeteller) of what may be the future replacement for Apple’s first store to ever open in China. Images taken next door to Apple Sanlitun show a multilevel contemporary pavilion taking shape with telltale architecture and details strikingly similar to plans presented for Vancouver’s Apple Pacific Center. Apple Sanlitun celebrated its 10th anniversary last year and opened to much fanfare when it marked the start of Apple’s rapid expansion in China.