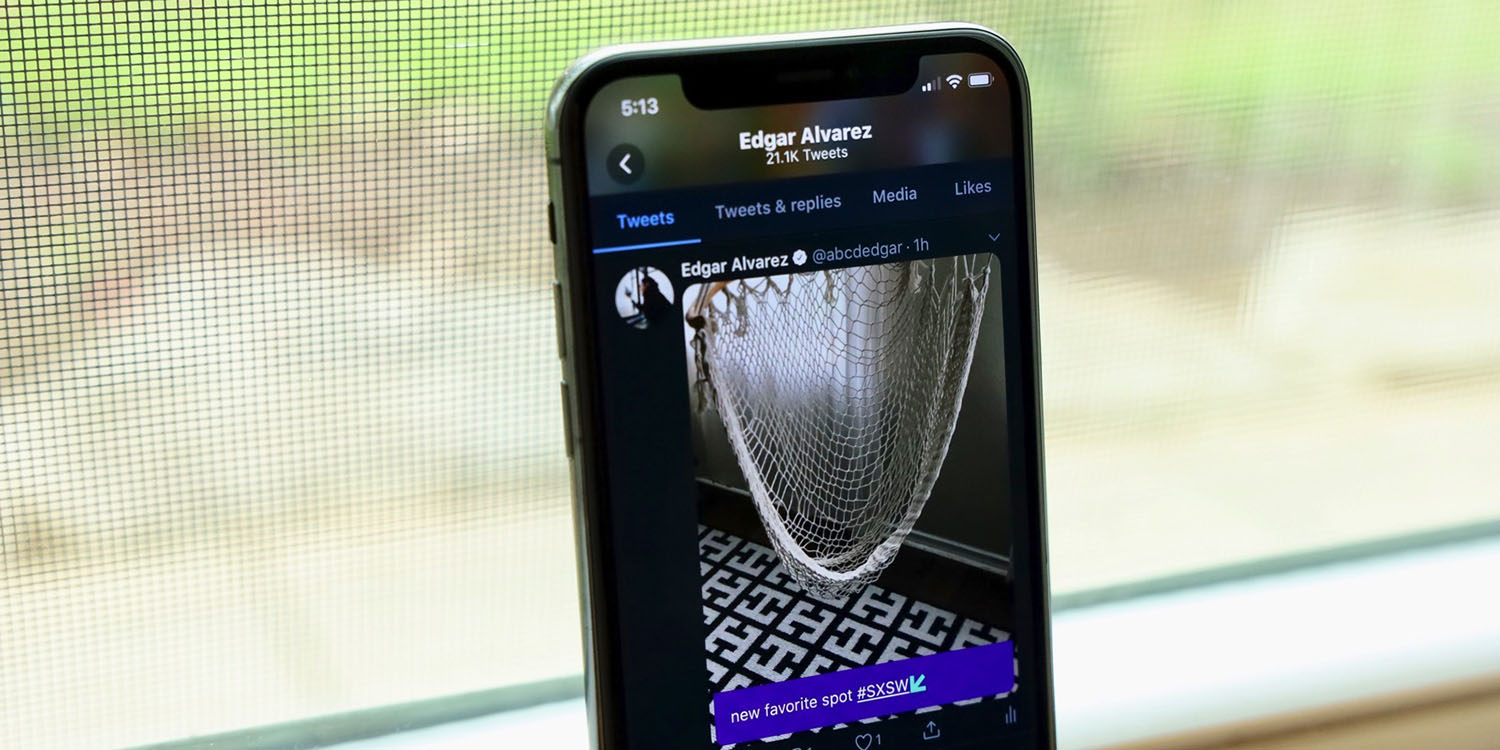 A major update to the Twitter app, rolling out from today, puts far greater emphasis on photos and video – both in terms of your feed, and your own ability to share.

Initially rumored to be a separate app, Twitter has instead boosted the role of imagery in the main app …

We’re updating the Twitter camera over the next few days to make it simpler to use. Capture and share what’s happening with a swipe and few taps right from your Home timeline.

But wait, there’s more! Your Tweet will also stand out in timelines with our new media-forward layout.

The company has now greatly simplified that process. A single swipe now puts you straight into camera mode.

See it? Tweet it! Our updated camera is just a swipe away, so you get the shot fast. Rolling out to all of you over the next few days. pic.twitter.com/moOEFO2nQq

A few tech writers got advance access, and Engadget’s Edgar Alvarez seems impressed, describing it as the biggest thing since the doubling of the character limit.

This new camera, which starts rolling out to users today, has the potential to be one of the biggest changes to Twitter in the past few years — right up there with the company’s shift to 280 characters […]

Once you get the update, the first thing you’ll notice is how much quicker it is to access the camera now: All you have to do is open the Twitter app on your phone, swipe left and you’re in. From there, you’ll have the Capture and Live options. With Capture, you can either do a quick tap to snap a picture or hold it for a couple of seconds to record a video — those can be up to about two minutes right now, but Twitter says that will likely change in the future. If you hit the Live button, you can then stream to your followers using Periscope, Twitter’s video-streaming service […]

After you take a picture, you’ll see an overlay where you can add your location, text and hashtags. Like a regular tweet, you can type up to 280 characters on it, and you can pick between a few colors to spice it up. Twitter is calling this overlay a chyron, the lower third graphics you’d typically see on a news cast.

But one of the coolest features is automatically suggesting hashtags based on your location.

Here at SXSW, for instance, as soon as I tapped the “Add location” button it knew I was in Austin, Texas and suggested I add the festival’s relevant #SXSW hashtag […]

Twitter said these geo features will work starting with US sports games and other big events, and there are plans to keep expanding on that.

Twitter has been pretty active in developing new features of late. An update earlier this month makes it easier to report tweets that contain personal information, a common form of Twitter abuse, while new conversational tools are being tested in a beta app, Twttr.

Do you think the latest Twitter update will make you more likely to share photos and video? Let us know in the comments.