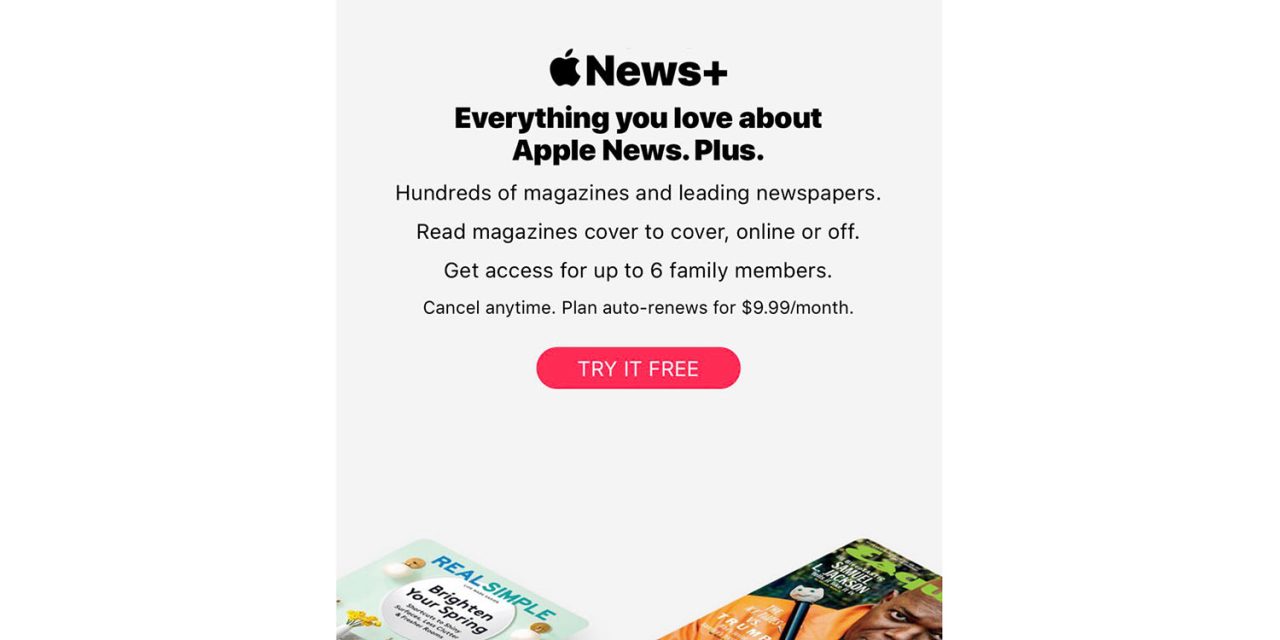 A developer who worked at Apple for seven years has accused the Cupertino company of violating its own App Store guidelines. Dave DeLong says that the Apple News+ sign-up screen is in clear violation of three requirements, with The Verge pointing to another major no-no …

Hey @apple, your auto-renewing subscription screen is in violation of guideline 3.1.2 and your app should be rejected.

The Verge added that Apple has particularly stringent guidelines for making it clear to users how much they will pay if they take out a free trial of a subscription and then don’t cancel.

Just tap that “Try it Free” button, confirm your payment, and you’re off to the races. Thing is, Apple forbids developers from making things seem quite this simple […]

Typically, Apple protects users from recurring fees by requiring developers to make those numbers so large on the screen that it’s painfully obvious what you’re getting into, how often you’ll pay, and how to cancel if you decide you’re not interested anymore.

And here are the actual guidelines.

The Apple News+ sign-up does list the price if you continue, and does say you can cancel anytime, but doesn’t say how long the trial lasts and doesn’t make the price particularly prominent.

The Verge’s Sean Hollister says this is not the first time Apple has broken its own rules.

Why won’t Apple follow its own rules? That’s the question running through my mind right now, as I write a post for The Verge about how — for the fourth time in four months — Apple is promoting its own content in ways that are forbidden to Apple’s own developers.

I’m honestly surprised there hasn’t been an extremely public lawsuit against @apple about the huge #DoubleStandards and inconsistent application of the App Review Guidelines.

Some might argue that Apple News isn’t in the App Store as it’s pre-installed, but if you remove it and want to re-install, that is done through the App Store.

Spotify has recently filed an unrelated complaint in Europe about what it considers unfair and anti-competitive treatment on the App Store, arguing that it has to hand over a cut of subscription revenue to Apple while Apple Music doesn’t face the same cost. Cybersecurity firm Kaspersky Lab has done the same in Russia.