On Earth Day, Apple reports back on its mangrove restoration project to absorb carbon 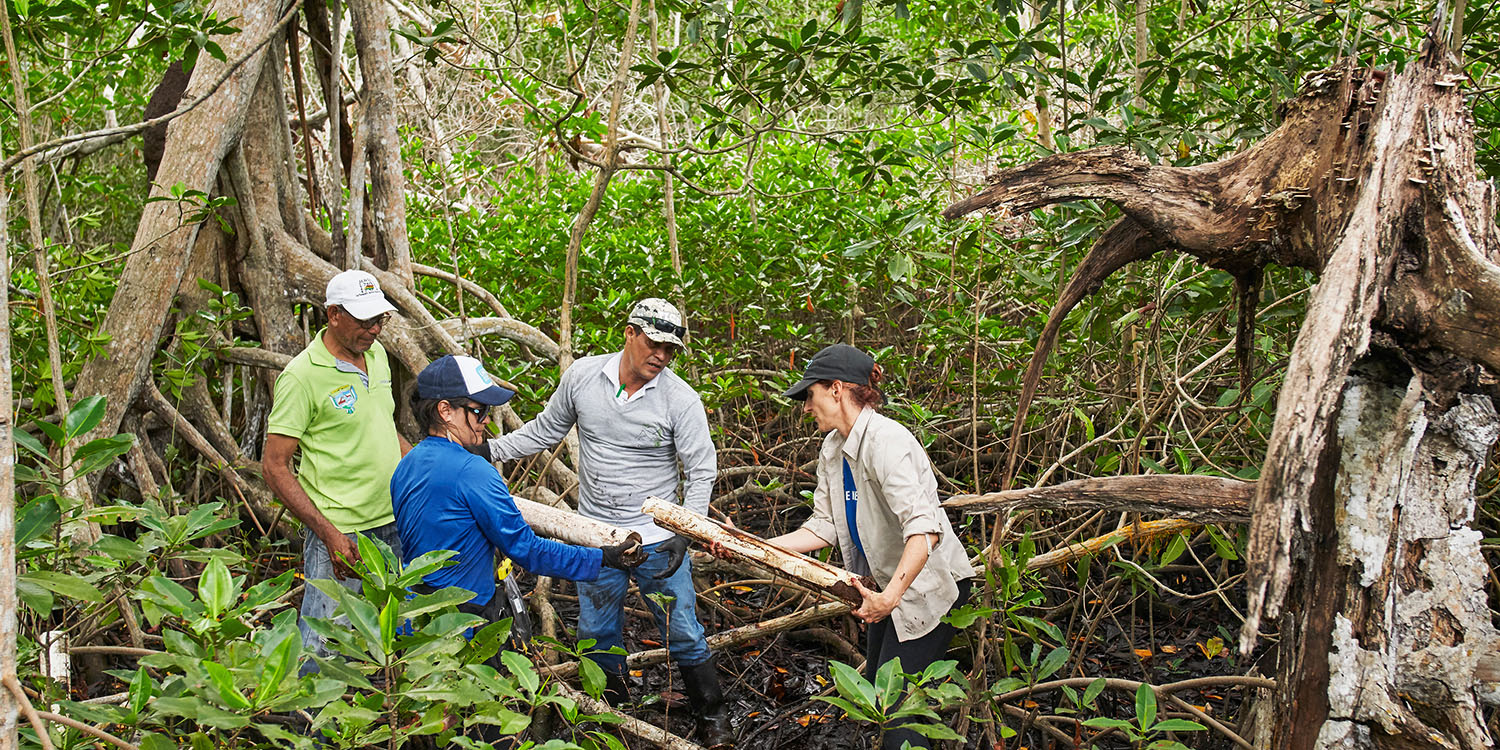 Mangroves – trees and shrubs that grow in coastal waters – absorb ten times as much carbon as land-based trees, which is why Apple announced last year that it was investing in a mangrove restoration project in Colombia. The company has marked Earth Day by reporting back on the environmental project.

Apple said in September that it would be supporting a project to protect and restore a 27,000-acre mangrove forest …

Mangrove trees “have the densest carbon storage of any habitat on Earth,” says M. Sanjayan, chief executive officer of the nonprofit Conservation International, which partnered with Apple on the project. “If you want to actually change the thermostat of the world in your lifetime, then ending the destruction of mangroves and restoring them is one of the biggest things you can do.”

Today’s update highlights the delicate balance required for the mangroves to thrive.

“Right now we have a lot of people working on opening channels to keep the water flowing,” says Luis Roberto Canchila Avila, president of Asoamanglebal, the first mangrove association in San Bernardo del Viento in Córdoba. “Because we are in summer, there are parts where the water flow is different and fish die as they are left without oxygen.” It’s a delicate balance: too much river water or too little salt water, and the mangroves could be destroyed […]

Pressures from illegal farming, fishing and logging combined with climate change are threatening their existence. “There are many illegal groups working in the mangroves,” Canchila Avila says. “They don’t know or care for the sustainability efforts.” According to Conservation International, when degraded or destroyed, mangroves and other coastal ecosystems emit the carbon they have stored for centuries into the atmosphere and become sources of greenhouse gases.

The consequences of loss of mangroves are dramatic.

Conservation International estimates that as much as 1 billion metric tons of CO2 are being released annually from degraded coastal ecosystems. That’s equivalent to the total annual emissions from cars, buses, aircraft and boats in the US in 2017.

The work funded by Apple is helping analyze the carbon trapped in the sediment, and then developing incentives for protecting the plants.

“We are pioneering this new wetland model,” says María Claudia Díazgranados Cadelo, marine biologist and director of Marine and Community Incentive Programs at Conservation International. “We need to strengthen the way we measure carbon stocks in the soil component of the mangroves. Other methodologies only use above-ground biomass without taking much consideration of the soil, which for mangroves and other coastal ecosystems is the most important place where those ecosystems store carbon.”

You can read more about the mangrove restoration project here.

Apple recently published its 2019 Environmental Responsibility Report, which highlighted a 35% lower carbon footprint compared to 2015, and announced that it had quadrupled its iPhone recycling program.