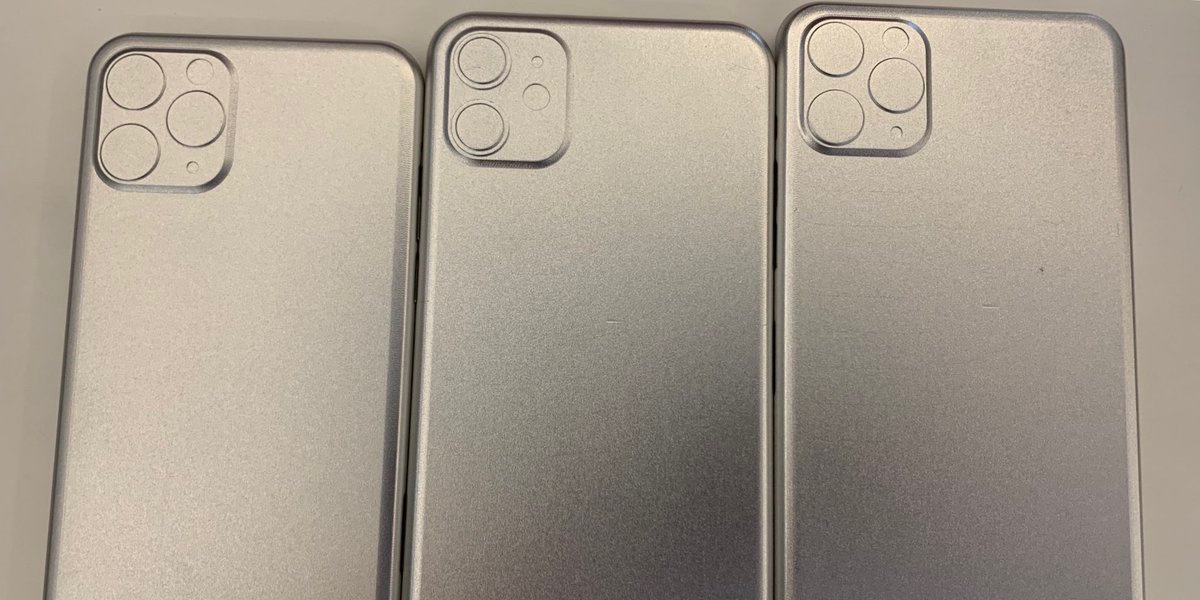 As Apple readies its supply chain for the fall iPhone bonanza, we are getting leaks thick and fast. This latest image was uploaded to Twitter by Mark Gurman.

It reaffirms renders from OnLeaks that all three flagship iPhones this year will feature the new square camera bump design, including the iPhone XR that will only have two cameras.

Molds are used by case manufacturers to test compatibility with upcoming cases, and are typically based on leaked schematics and dimensions coming out of the Apple/Foxconn factory. They may not show every crevice and indentation of a phone’s design, but width/height/thickness is usually accurate and they depict holes for things like speakers, cameras, buttons, and microphones, that accessory manufacturers need to ensure their cases do not cover important components.

The leaks for iPhone 11 have been somewhat controversial as the new camera bump is so large that it dominates the back of the device. In particular, the lenses inside the rounded-square are oddly arranged. They seem to follow a triangular layout, with the camera flash and microphone placed awkwardly above and below the spoke of the triangle. It’s a weird aesthetic for a module that is housed in a square.

At superficial glances, it seems cruder compared to the sleeker vertical dual-camera module used in iPhone X and iPhone XS. It is even more strange that the 2019 iPhone XR will seemingly also be getting a square notch even though it will only feature two cameras, not three.

OnLeaks was first to share news of the square camera bump, posting accurate iPhone 11 renders as early as January.

Now, Apple is widely expected to announce substantial camera upgrades that may justify the strange design. For example, the third camera coming to iPhone 11 and iPhone 11 Max is believed to be an ultra-wide lens made by Sony.

The explanation for the 2019 iPhone XR is less clear, although the consistent design does make up for a distinctive iPhone generational family. In a story last week, Bloomberg said the new camera will result in more detailed photos and Apple is purportedly working on a feature that will change the framing of a shot after a user has taken a picture, in cases where a person may have been accidentally chopped off.