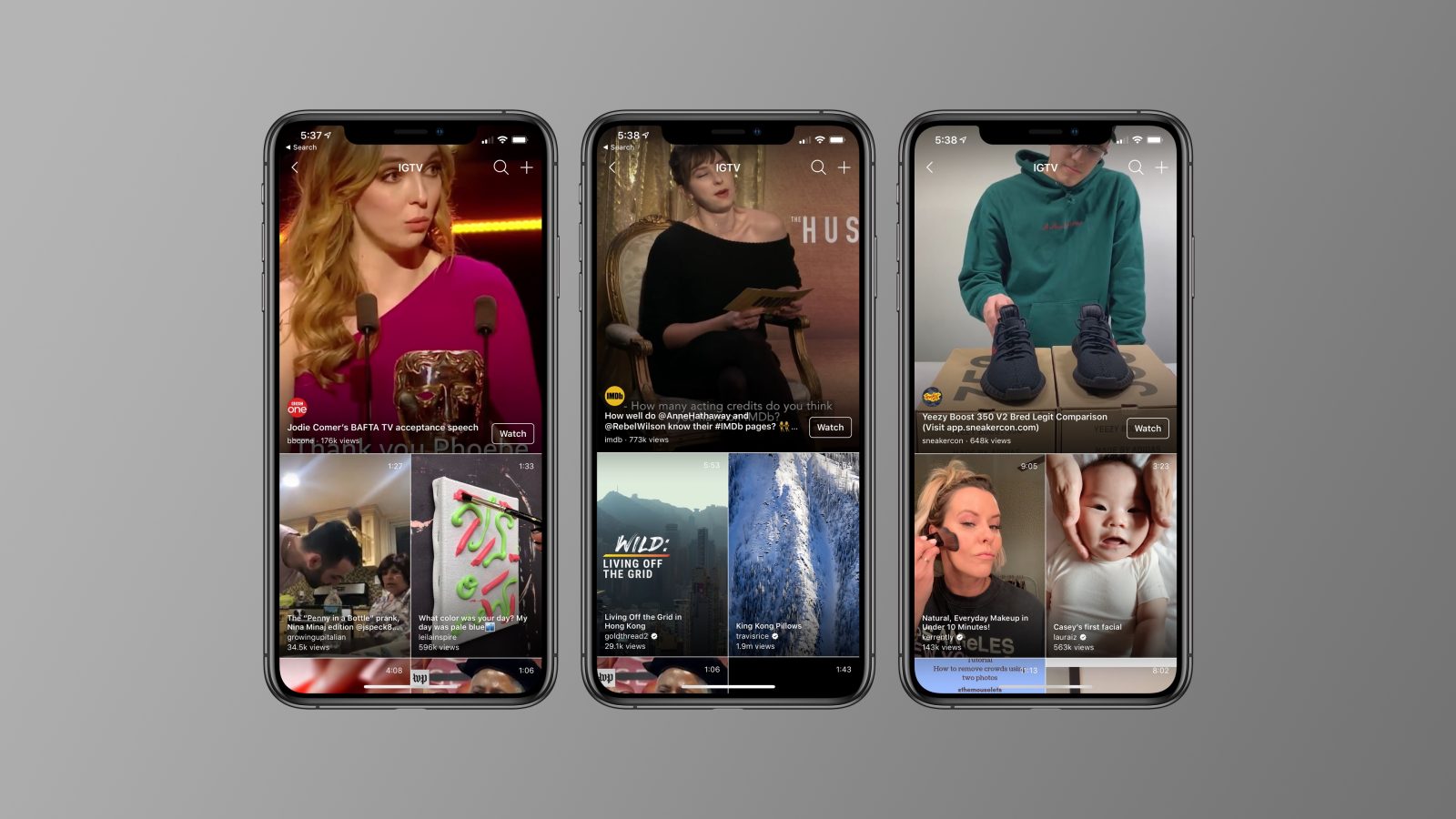 While Instagram has largely mastered the Stories format of Snapchat, its IGTV platform hasn’t yet seen the same mainstream success. A new report today from TechCrunch highlights how Instagram is revamping IGTV to be much more like a Snapchat and TikTok hybrid.

TikTok has become the biggest iOS app in the world over the last year, topping the App Store download charts for five consecutive quarters. Given the success that Instagram had in blatantly copying features from Snapchat, it’s not surprising at all to see that TikTok is its new focus.

TechCrunch explains that over the last week, Instagram has drastically overhauled the IGTV interface. Gone is the side-scrolling interface along the bottom, with Instagram also dropping IGTV categories completely. The new design is far simpler, focusing on a single feed of content suggested by algorithms:

IGTV has ditched its category-based navigation system’s tabs like “For You”, “Following”, “Popular”, and “Continue Watching” for just one central feed of algorithmically suggested videos — much like TikTok. This affords a more lean-back, ‘just show me something fun’ experience that relies on Instagram’s AI to analyze your behavior and recommend content instead of putting the burden of choice on the viewer.

This new IGTV interface is a clear combination of Snapchat’s popular Discover feed and TikTok’s simple, algorithmic-based feed. Whether or not this proves to be successful in the long-run remains to be seen, but Instagram has certainly had success in copying Snapchat features before.