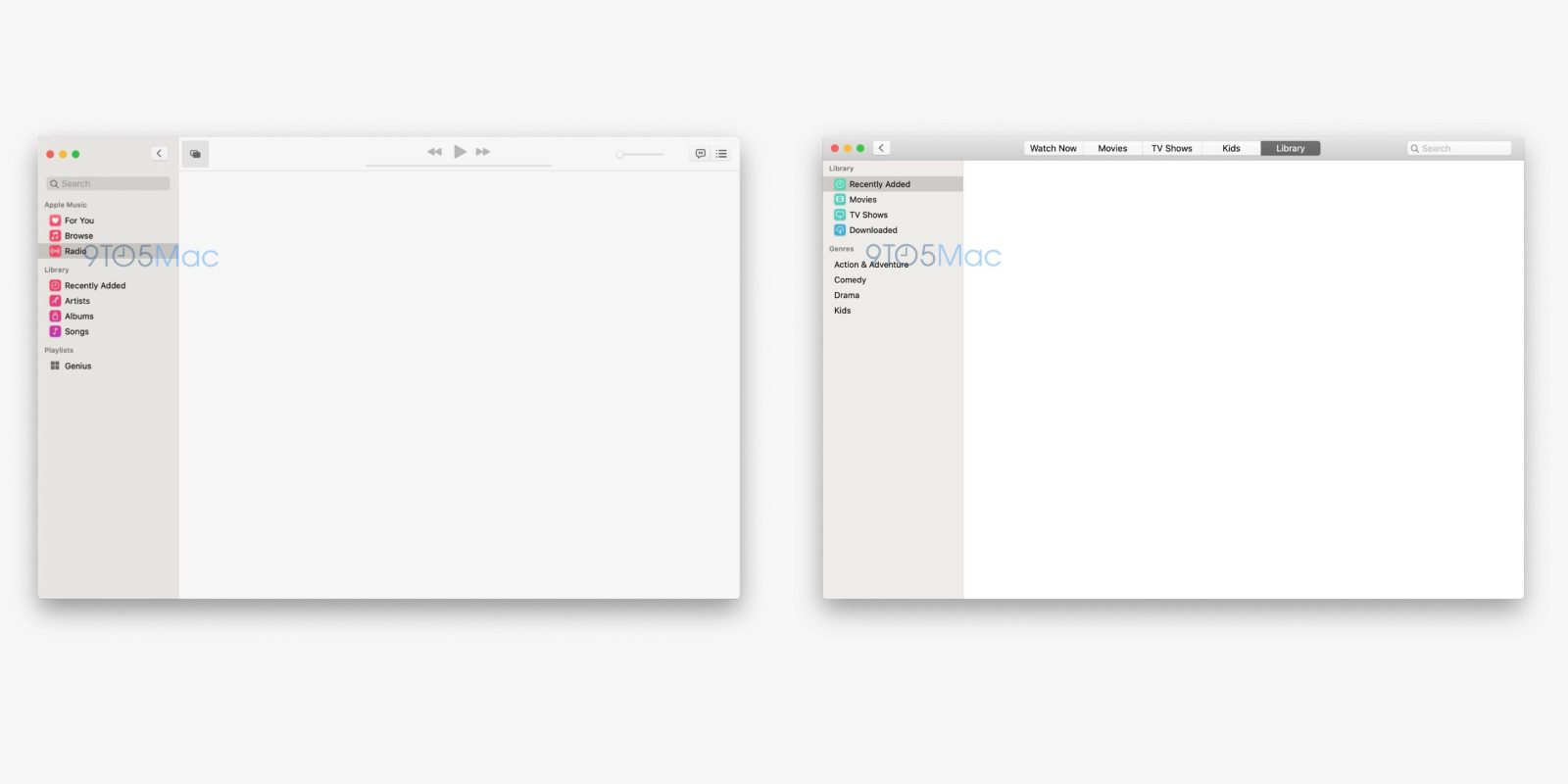 Not a mockup, some information redacted to protect our sources.

The next major version of macOS is expected to be announced next week during Apple’s Worldwide Developers Conference. Yesterday, we shared exclusive screenshots of iOS 13, showcasing Dark Mode, a new Reminders app and a brand new screenshot annotation UI. Today, we have screenshots that give us a glimpse as to what the new Music and TV apps are going to look like on macOS, shared exclusively with 9to5Mac by people involved in their development.

As we previously reported, the new Music app is based on iTunes. Both the Music and TV apps present a similar design language, with a gray sidebar listing sections of content and a large area on the right for the actual content.

What can also be seen in the screenshots is the return of colorful sidebar icons to macOS.

In both apps, the sidebar icons use the tint color of the app, have a drop shadow and follow a continuous color gradient from top to bottom, very different from the monochrome icons that are common in sidebars in previous versions of macOS. 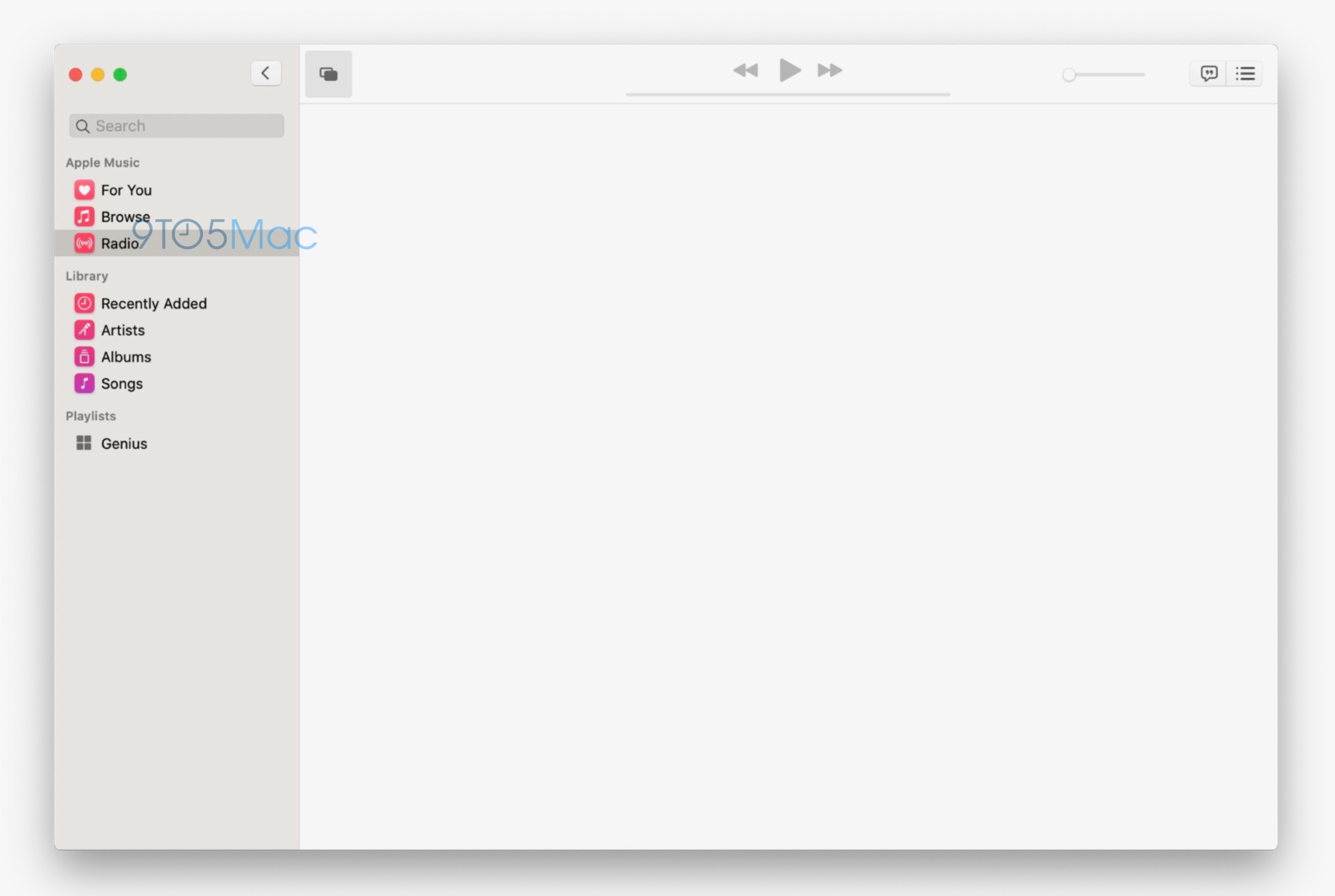 Music on macOS 10.15 retains the ability to sync a user’s devices such as iPhones and iPods. Devices show up in the sidebar just like they do on iTunes. The search bar has been moved to the sidebar, which integrates both Apple Music categories as well as the user’s local Music library, inherited from iTunes.

The new TV app on macOS 10.15 uses a different approach to separate the user’s library from online content, following a similar pattern to the new Books app that’s also being introduced in macOS 10.15. It uses a toolbar at the top for the “Watch Now”, “Movies”, “TV Shows”, “Kids”, and “Library” sections. Each section has its own sidebar with categories of content. 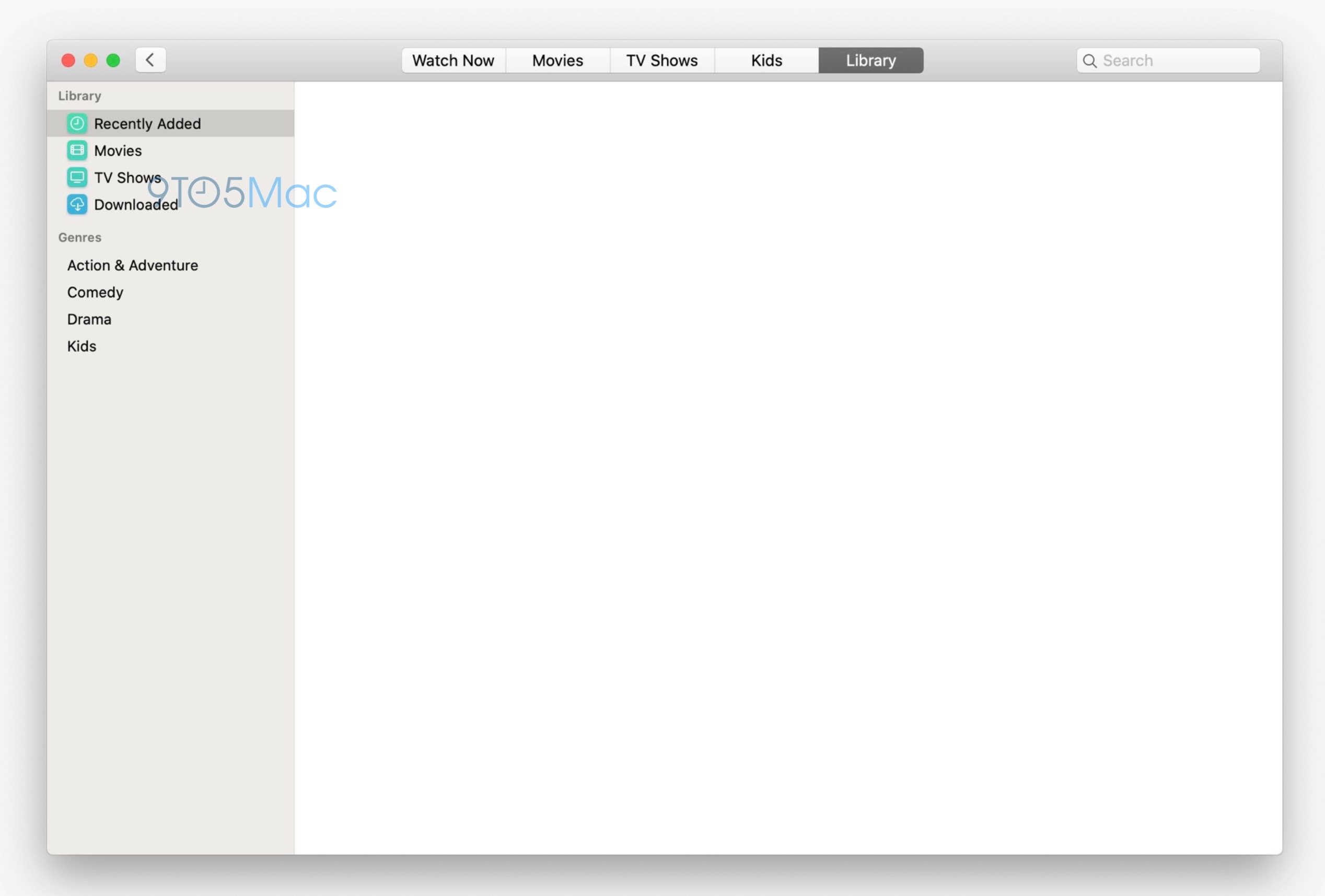 Apple is expected to announce macOS 10.15 next Monday, during its WWDC keynote. Follow 9to5Mac to keep up on all the news from the event.