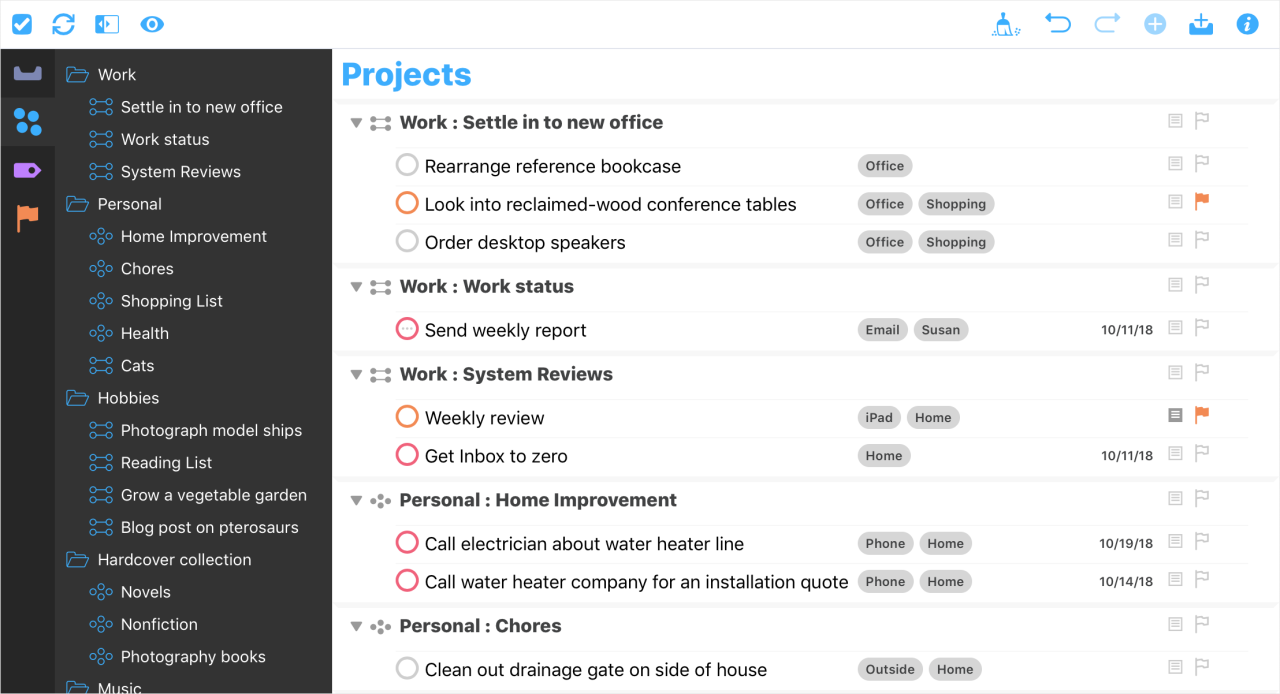 The popular task management system OmniFocus has this week officially launched on the web after a beta testing period. OmniFocus on the web is designed to be used in conjunction with the OmniFocus app on iOS or Mac.

OmniFocus on the web includes many of the core features of the popular task management system, but it does require the use of the iOS application to get started. It syncs across the Mac and iOS versions of the apps, allowing you to access your OmniFocus tasks from anywhere.

In the current version of OmniFocus on the web, you can view projects, add actions, mark actions as complete, and more. The Omni Group says it is continuing to add new features to the web design as time progresses:

The power of OmniFocus — the trusted, gold-standard to-do app for Mac and iOS — has come to your web browser! The core features are all there in this first release of the web app: you can view your projects, add actions, mark actions as complete, and more.

It’s currently designed for use on a laptop or desktop rather than on a touch device. It’s probably most often useful when at work — some places don’t run Macs, or they don’t allow installing apps.

It‘s a companion app: it syncs with the Mac and iOS editions, and it requires OmniFocus for iOS to get started.