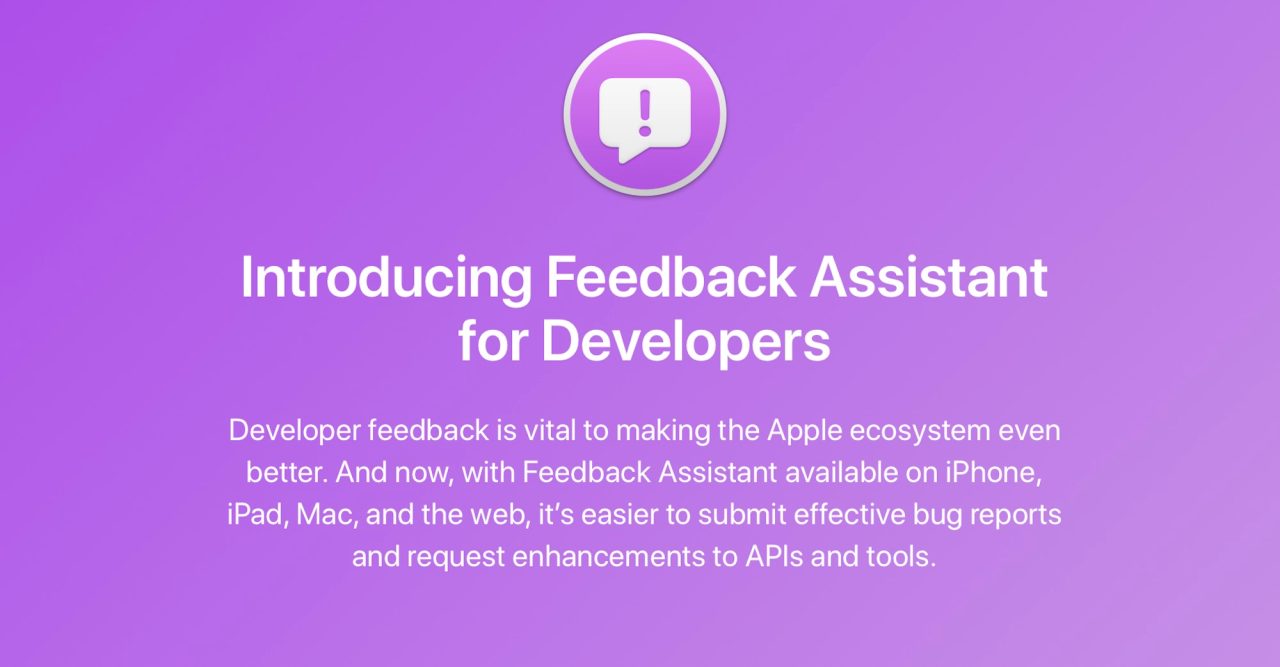 In conjunction with the release of iOS 13, macOS 10.15, and iPadOS 13 today, Apple has also announced that it is migrating away from its classic Bug Reporter system for reporting feedback. Now, it is routing everyone through the Feedback Assistant platform.

In the past, Apple has used the Feedback Assistant platform for collecting beta feedback from users of the public iOS and macOS betas. With iOS 13, iPadOS, and macOS 10.15, however, Apple is expanding the platform to developers as well.

The classic bugreporter.apple.com URL now redirects to feedbackassistant.apple.com. On that site, Apple explains the change to developers and thanks them for their contributions. The Feedback Assistant application is included in iOS, iPadOS, and macOS betas and automatically collects on-device diagnostics. You can also submit bugs through the Feedback Assistant website.

Since the Feedback Assistant app automatically attaches a sysdiagnose for each bug, we recommend submitting bug reports directly from the app on your iOS device or Mac. Alternatively, you can use the website to manually upload relevant files as well as folders as compressed file archives.

Previously filed Radars via the old Bug Reporter system have been migrated to Feedback Assistant and appear with their original text and associated files:

While Apple Bug Reporter is no longer available, you can track older bug reports through Feedback Assistant. Bugs are displayed with the original text and attached files included. The Problem ID is appended to the title and any dialogue between you and Apple is displayed natively, complete with timestamps.

Read more about Apple’s expansion of Feedback Assistant to developers on this website.

OH. the Feedback app on iOS now shows all my old radars. they’re all here.