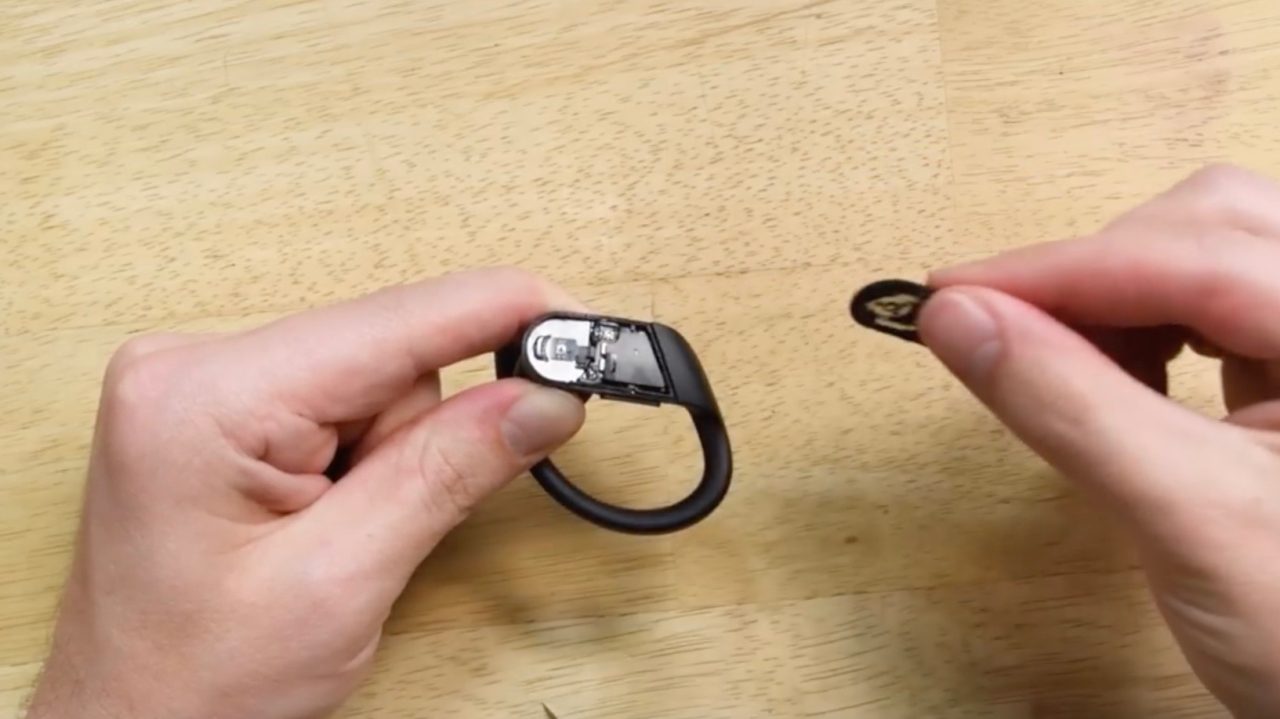 Apple’s new Powerbeats Pro are the first truly wireless Beats-branded earbuds to hit the market. Several weeks after their release, the folks at iFixit have given the Powerbeats Pro the teardown treatment, noting that repairs will be difficult if not impossible.

The iFixit teardown of the Powerbeats Pro shows just how challenging it is to access the internals of the wireless earbuds. You’ll have to use an exacta knife to create an incision along the earbud. The battery and main board are intertwined with a third board, which is connected to the earbud’s driver. In order complete the disassembly, iFixit opts to cut that connector cable.

The Powerbeats Pro earbud battery is soldered to the motherboard via “delicate wiring,” according to the teardown. It’s a 200mWh battery, and is actually the same cell used in Samsung’s Galaxy Buds. That’s over two times the size of the 93mWh battery found in AirPods.

As for whether it’s possible to replace the Powerbeats Pro battery, iFixit says that theoretically “it’s not entirely impossible,” but it’s certainly not easy. The Apple-made H1 chip is located on the folded motherboard, supporting Hey Siri and Bluetooth 5.0.

You can watch the full Powerbeats Pro teardown video below. For comparison’s sake, the AirPods were awarded a repairability score of 0 out of 10 back in March.