What is Announce Messages with Siri? How to customize the alerts 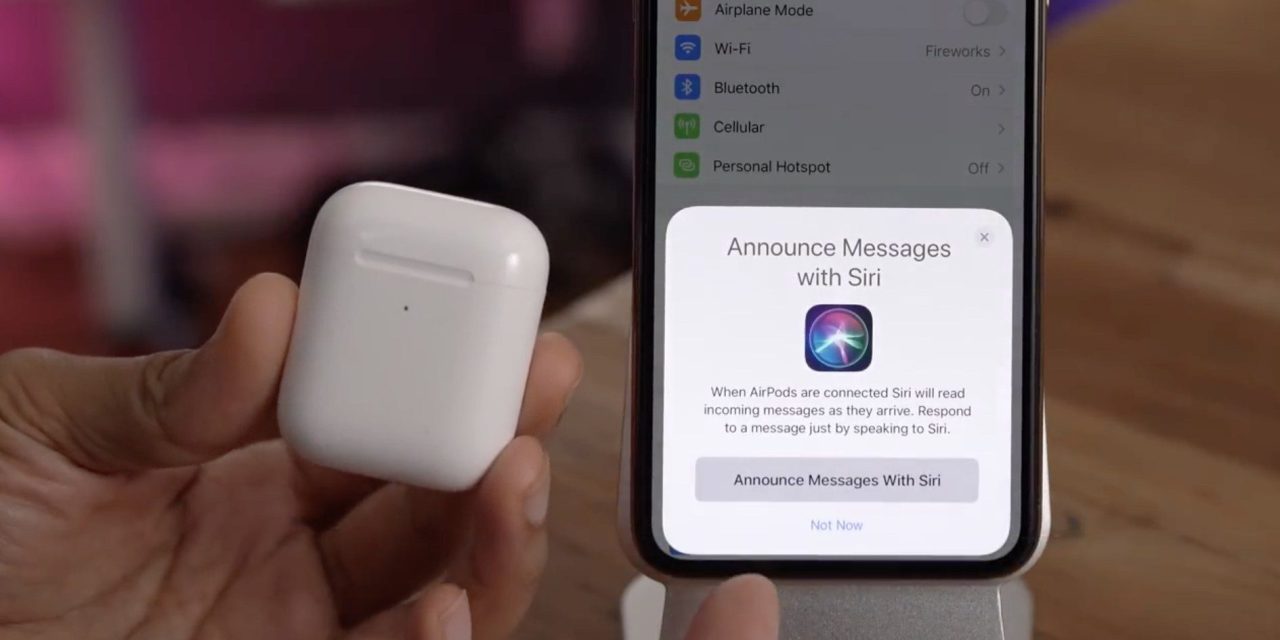 Announce Messages with Siri is a new feature for Apple headphones in iOS 13. It makes responding to messages very fast whilst you are wearing AirPods or Powerbeats Pro. Siri will read out the incoming message and transcribe your reply. This alleviates the need for you to dig your iPhone out of your pocket constantly.

With Announce Messages with Siri active, if you are wearing AirPods and a text comes in, you will hear a chime and then Siri will read out the text of the message. After a beat, there will be a chime to signal you can reply. Simply speak your reply and Siri transcribes your speech to text and sends it back to the contact to continue the conversation.

Announce Messages with Siri is compatible with Apple’s Messages app and any third-party app that integrates with the appropriate SiriKit developer API.

This is a really handy feature, but it may be annoying to get these alerts for messages from anyone. Luckily, Apple offers customization options so you can choose which contacts trigger Siri announcements. In the same settings screen as above, you can enable alerts on a per-app basis.

Select the Messages app from the Announce Messages with Siri settings screen. From this menu, you can choose to announce messages from a wider or smaller group. The default is Everyone; all messages will be announced upon arrival.

The Recents option means Siri announces messages from recent conversations. If you are actively chatting with a friend, you will therefore hear alerts, but a text from your bank probably won’t be read out to you.

The All Contacts option means Siri reads out messages from everyone who is listed in your address book. This means texts from unknown senders are not read out — so this may be a way of avoiding spam messages from being read out to you.

The last option is Favorites. This is like All Contacts but filtered further to only the contacts you have favorited in the Phone app. You can edit your Favorites list at any time by going to the Favorites tab in the Phone app, and pressing the Add or Edit buttons in the toolbar.

Announce Messages with Siri requires iOS 13. All of Apple’s marketing suggests that this is an AirPods-exclusive feature, but we can confirm that the feature will also be compatible with Powerbeats Pro by the time iOS 13 is released publicly.