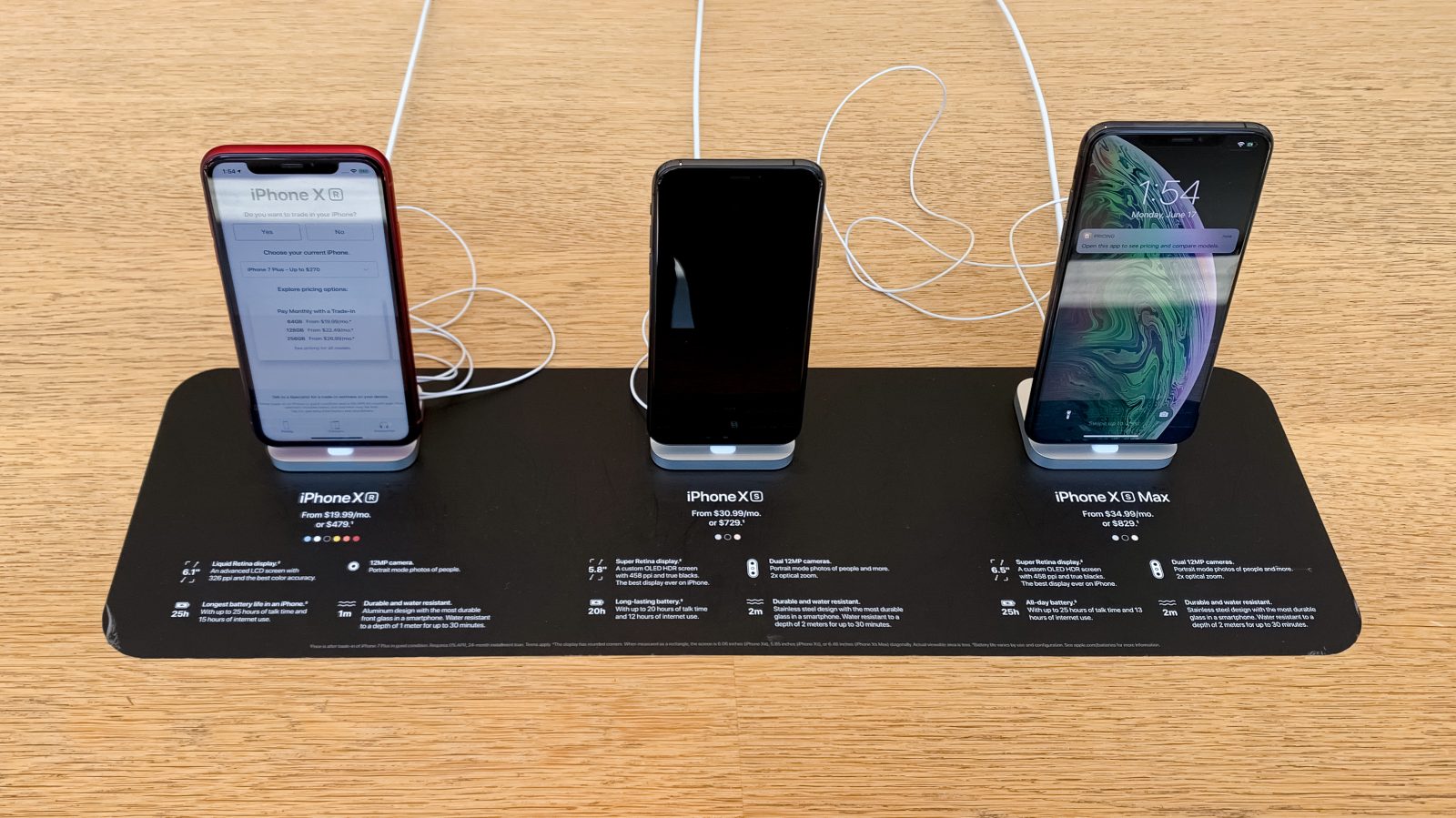 The firm downgraded Apple stock to “sell” from a previously neutral rating. The company said Apple’s new iPhone sales will be disappointing and that services revenue growth will decelerate.

The iPhone 11 is expected to feature a new triple-camera system with greatly improved night photography, and a wider range of zoom thanks to the new ultrawide lens. The new iPhones will also support bilateral wireless charging, so users can charge their AirPods by placing the cases on the back of their phones in a pinch. However, the external chassis is likely to remain almost identical to iPhone XS — apart from the new square camera bump.

It remains to be seen whether these device spec upgrades will be enough to drive iPhone sales growth. Apple will not want want to repeat the historic earnings guidance miss of the XS/XR cycle, which was primarily driven by weak demand in China.

iPad sales had rebounded in the months following the radically-redesigned 2018 iPad Pro and early 2019 updates to iPad mini and iPad Air. However, Rosenblatt says that iPad sales growth will also slow down in the second half of the year, probably because there are no firm rumors of a Pro model refresh in 2019 yet.

Apple stock fell 1.8% in premarket trading, now sitting around the $201.00 level, on the release of the Rosenblatt report. The analyst expects Apple stock to fall to $150 in the next 6-12 months.

Apple will officially report its fiscal Q3 results on July 30, at its next quarterly earnings call.